Did Racing Pick Up New Customers in 2020? 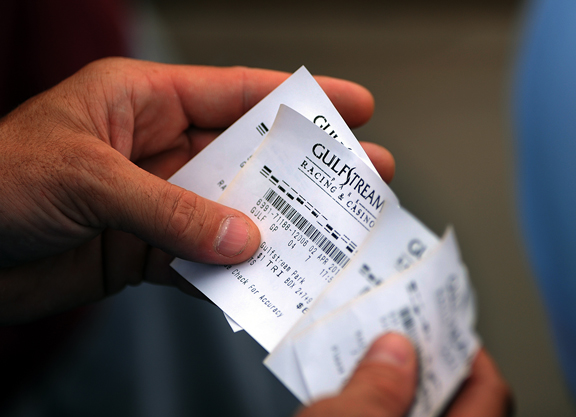 The sport's major ADWs enjoyed explosive growth in 2020 and, in some respects, none of this comes as a complete surprise. In a year where everything, not just in racing but in society as a whole, was turned upside down by the pandemic, ADWs were oftentimes the only way a horseplayer had to get a bet down. Handle, no doubt, flowed during the year from bricks and mortar facilities to the ADWs.

But was some of the growth a product of racing attracting new customers while it was up and running while the four major sports were closed down due to COVID-19? And if racing did attract new customers, will they stick with the sport in 2021 now that the NBA, NFL, NHL and MLB have returned to the sports landscape with full schedules of games? These are important questions and they probably won't be answered until well into 2021. But the 2020 handle figures reported so far do give us some hints.

There are 10 ADWs that use the state of Oregon as their hub and the racing commission there posts their handle figures on its website. The final numbers for 2020 are not yet available, but a picture does develop from what has been published. The total amount bet through the first three quarters of the year among TVG, XpressBet and TwinSpires was $4.8 billion, up a combined 47.4%. The 10 ADWS registered in Oregon accounted for more than 60% of all wagers made on racing during the first nine months of 2020, a year in which overall handle on the sport was down by just less than 1%.

TVG, along with its sister ADW, FanDuel Racing, handled $1.89 billion through September for a 95.8% increase over 2019 numbers. That it jumped over TwinSpires to become the No. 1 ADW in handle in 2020 may not be a coincidence. Unlike the other ADWs, FanDuel/TVG is also in the sports betting business and was able to tap into those customers once the other sports shut down

Andrew Moore, a vice president with the FanDuel Group, said that 50,000 new customers signed up in 2020 between TVG and FanDuel Racing and that many of them did cross over from FanDuel's sports betting websites and/or their daily fantasy sports platform.

Moore believes that the advent of FanDuel Racing, which first started taking bets in January of 2020, was a significant factor in the overall growth at the company. More so than TVG, the site has been designed to be welcoming to those who are not regular horse bettors.

“With FanDuel Racing, we have been trying to give customers an experience that was less intimidating,” Moore said. “People who have never bet on racing before don't know what an exacta is. We try to explain The FanDuel Racing app very much designed for customers not familiar with all the terminology.”

NYRA Bets is the fourth largest ADW in the country and also posted some impressive numbers in 2020. Through the first three quarters of 2020, NYRA Bets handled $169 million, a 99.6% increase over 2019. NYRA had the advantage of being able to promote its betting platform on the America's Day at the Races show that aired throughout the year on the Fox Sports networks. Customers were lured by an offer where a bonus of $25 was added to their NYRA Bets account after they signed up.

“A lot of the customers we acquired were on the lower end,” said Tony Allevato, the NYRA executive in charge of NYRA Bets, “A lot of them signed up for the $25 offer as opposed to $250 sign up offer, which was surprising to us. We found that of the people who signed up for that offer, 80% of them came back and deposited more money afterward. That's a pretty significant number.”

By late July, baseball was back and the NBA and NHL started back up shortly after that. The NFL kicked off its season on time in September. Would those sports bettors who gave horse racing a try stay with it once the more mainstream sports were available to bet on?

“It didn't really drop off,” Allevato said. “We started to see less growth from a sign up standpoint, but people that had signed up continued to play and they are still playing today. From a year-over-year from wagering standpoint, NYRA Bets was up 100% during the pandemic. As the year went on, we continued to be up by record numbers for us. That means that those people were still betting.”

For the sport as a whole, handle was up 6.24% in December and 5.61% during the fourth quarter, positive signs considering that racing was going up against a full slate of sporting events during those periods. But with so many outside factors possibly skewing the numbers in 2020, most believe a true picture will not emerge until some time later on this year.

“We definitely think we have brought a number of new people to the sport,” Moore said. “I suppose the question is whether they become long-terms fans or not. It's too early to tell. What I can say is that these people were a lot more engaged in the sport than the type of people who might sign up just to bet on something like the Kentucky Derby. These customers were quite engaged and are still engaged. But I really don't think we will find out if they are long-term racing fans until the summer when you get back to that normal schedule of when the best racing, like Saratoga and Del Mar, is on and you don't have competition from the NFL and the NBA.”

Moore added that he is hopeful that new customers who were attracted to the sport in 2020 will push handle upward in 2021.

“I would be optimistic that there will be a lot more customers entering 2021 versus entering 2020 that have an ADW account,” he said. “I am talking about growing the overall pie. I am talking about people who never really have engaged the sport before now have accounts set up. That has always been the biggest barrier, getting someone to set up an account. If we have a normal calendar of racing this year, I think the sport will have a good opportunity to grow off of the foundation set by new customers that it has acquired.”