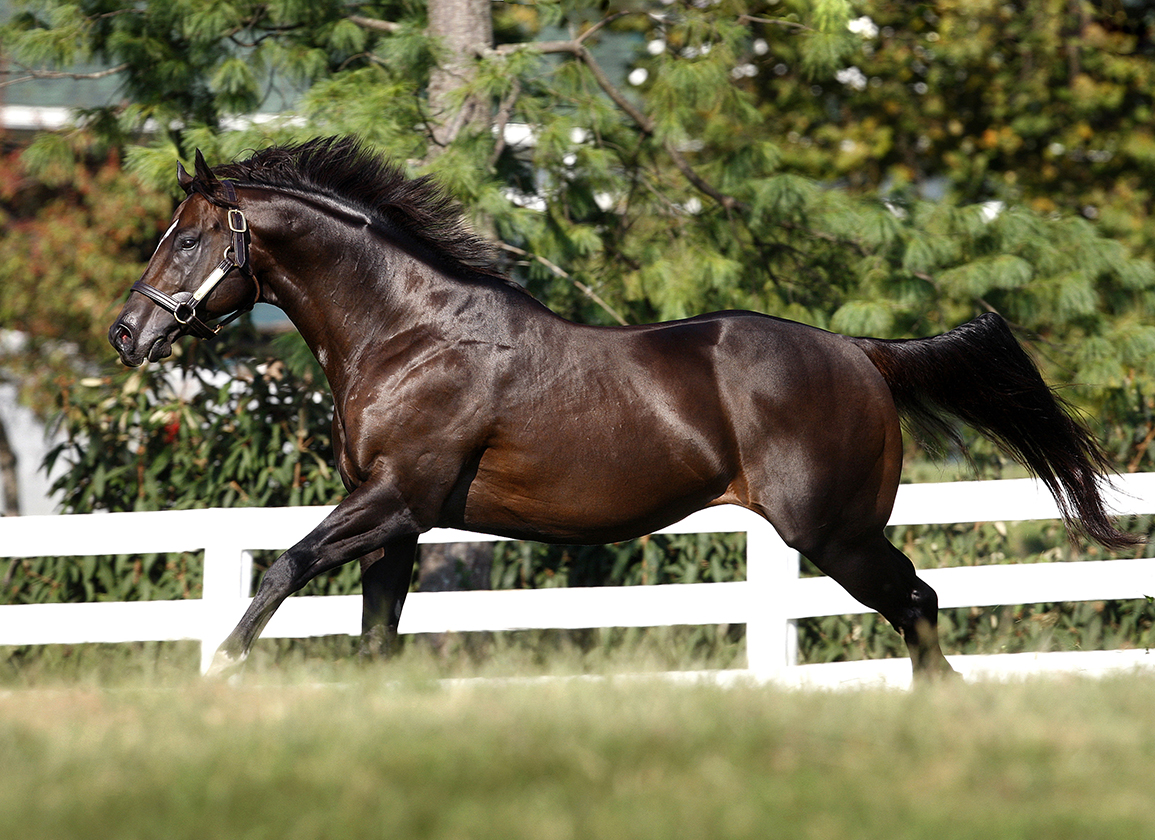 Dialed In, whose half-dozen stakes winners this season include GI Awesome Again S. victor Defunded, tops a list of 14 stallions that will stand in 2023 at Darby Dan Farm. The 14-year-old son of Mineshaft will command a fee of $15,000, unchanged from 2022.

The champion freshman sire of 2016 and reliably among the top sires, Dialed In has also been represented by stakes winners Mr. Wireless, Erase and Gambling Girl as well as Grade I-placed Get Her Number. Dialed In has sired one Grade I winner in each of the last three years: Get Her Number in 2020, GI Arkansas Derby winner Super Stock in 2021 and Defunded this term.

The nursery's other five-figure stallions are Higher Power (Medaglia d'Oro) and Modernist (Uncle Mo). Tapiture (Tapit), the leading fourth-crop sire by winners, will stand for $7,500.

The newest addition to the stallion barn at Darby Dan is 'TDN Rising Star' Mutasaabeq (Into Mischief). An impressive debut winner sprinting over the Saratoga main track, the son of Downside Scenario (Scat Daddy) was highly impressive in annexing Keeneland's GII Bourbon S. in his turf debut two starts later. He became a stakes winner on dirt in the 2021 Mucho Macho Man S. and is set to cover mares for the first time at a fee of $7,500.

“We are excited to announce the Darby Dan stud fees for the upcoming breeding season,” said Stuart Fitzgibbon, the newly named stallion director at Darby Dan. “Our goal is to provide breeders with a good value roster of stallions representing commercial and successful sire lines. We are delighted with the initial response to Mutasaabeq new for 2023. By Into Mischief out of a Scat Daddy mare, he has all the commercial attributes for the market. Grade 1-producing sire Dialed In continues to fly the flag for Darby Dan, and our younger stallions like Flameaway, Modernist, and Higher Power have been exceptionally well-received and should ensure memorable moments for the farm going forward.”

Darby Dan will once again be offering various incentive programs in 2023 to provide value to breeders, including Profit Protection, Share the Upside, Black-Type Bonanza, and Goldmine 20/20 Match Program.