Devious Dame a First Black-Type Winner for Girvin in Astoria 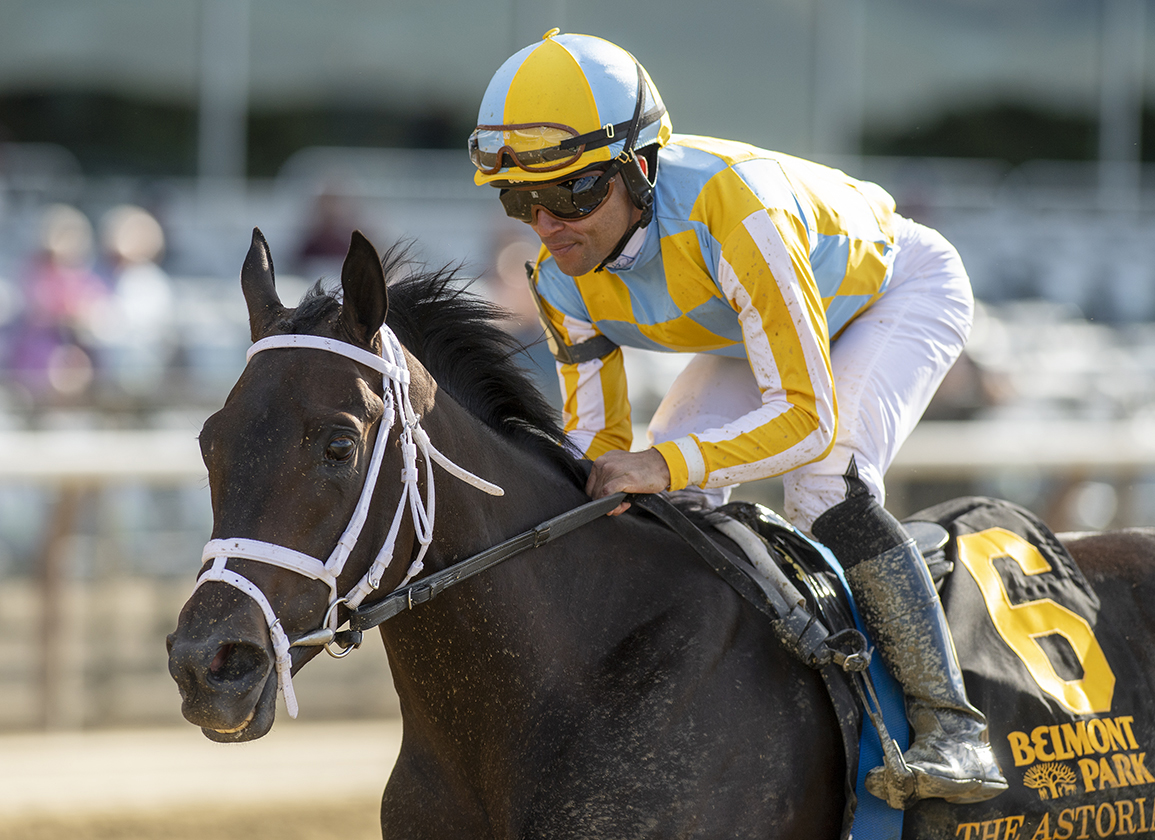 John Oxley's Devious Dame (Girvin) ooked to be making hard work of it while consigned to an imperfect trip in Thursday's $150,000 Astoria S. at Belmont Park, but the 2-5 favorite on the strength of a 5 1/2-length debut success on Churchill debut May 5 leveled off nicely when asked to claim pacesetting Alexis's Storm (Race Day) passing the eighth pole and glided clear to become the first black-type winner for her freshman sire (by Tale of Ekati).

Away only fairly from the five hole, the $240,000 OBS March breezer (:20 4/5) was last for a few strides not long after the start and raced in fourth spot, three wide and busily ridden, through the middle stages. Finding her best stride as they reached the quarter pole, Devious Dame steadily reeled in her front-running rival and cruised under the line to score unextended. Alexis's Storm held second ahead of Girl Bye (Cajun Breeze) in third.

“We came up here with the intention of winning but got to thinking that we'd rather let her settle a bit more than being adamant about just rushing her off her feet,” said winning trainer Norm Casse. “I do think she's a two-turn filly and we need to teach her some of that patience now. Thankfully, it paid off.”

Casse indicated that the 6 1/2-furlong GIII Adirondack S. at Saratoga Aug. 7 could be next for his charge, followed by the GI Darley Alcibiades S. at Keeneland in October.

Devious Dame is out of an unraced half-sister to MSW & MGSP Courtesan (Street Sense) and SW Chary (Montbrook). The extended female family includes GISWs Discreet Cat (Forestry), Discreetly Mine (Mineshaft) and Awesome Maria (Maria's Mon) and SW/MGISP Pretty Wild (Wild Again). The Shady Lady produced colts by Awesome Slew in each of the last two seasons. Click for the Equibase.com chart or VIDEO, sponsored by TVG.