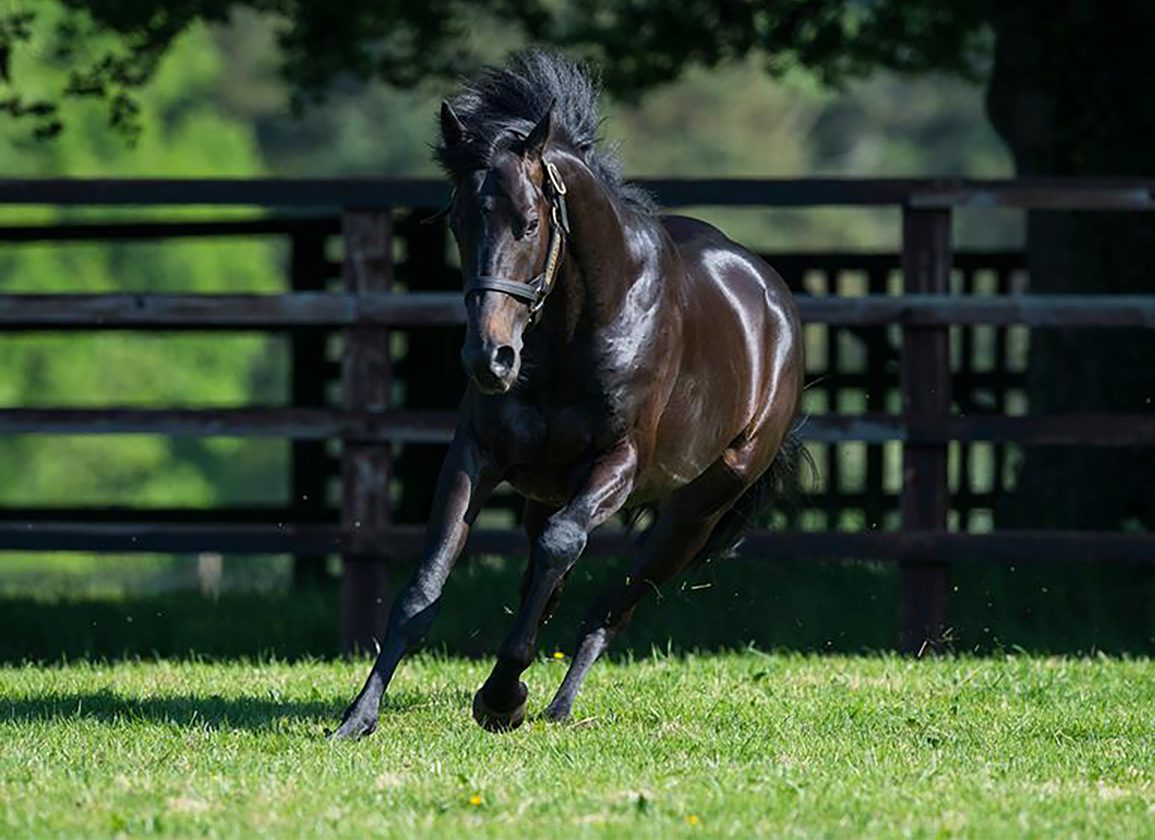 Trained by Dermot Weld and ridden by Pat Smullen, Harzand overcame a last-minute foot injury scare to win the 2016 G1 Derby to give his owner-breeder a fifth triumph in the Epsom Classic following Shergar (GB), Shahrastani, Kahyasi (Ire) and Sinndar (Ire). He then followed up with victory in the G1 Irish Derby.

Among Harzand's Flat runners this season is the 3-year-old Mostly Cloudy (Ire), whose five consecutive wins since mid-May have shone a light on the stable of his young trainer Gemma Tutty, who now has group-race targets in mind for the progressive stayer. From his first crop, members of which are now four, Harzand has been represented by the David Pipe-trained treble hurdle winner Kolisi (Ire).

“Harzand has sired some useful individuals from his initial crops conceived at Gilltown Stud, the oldest of which are now 4-year-olds,” said Pat Downes, Aga Khan Studs Director in Ireland.

“However in recent years he has predominately been supported by the National Hunt division and now moves to Con O'Keeffe's Kilbarry Lodge Stud where I am sure he will continue do very well, given he has stock yet to race out of some talented National Hunt race mares and broodmares.”

Con O'Keeffe, owner of Kilbarry Lodge Stud, said, “We are thrilled to acquire a horse of the calibre of Harzand for Kilbarry Lodge Stud. A dual Derby winner by the sensational Sea The Stars, he has the physical attributes, race record and pedigree that Irish breeders want in a National Hunt stallion. I have been in touch with Pat Downes over the past few years regarding purchasing this horse and my interest in the horse was strengthened on seeing the quality of his foals at the last two years of National Hunt foal sales. A tough, talented racehorse who achieved a Timeform rating of 126 when winning the Epsom Derby, in conjunction with great bone and presence, Harzand has all the qualities to be an exceptional National Hunt stallion.”