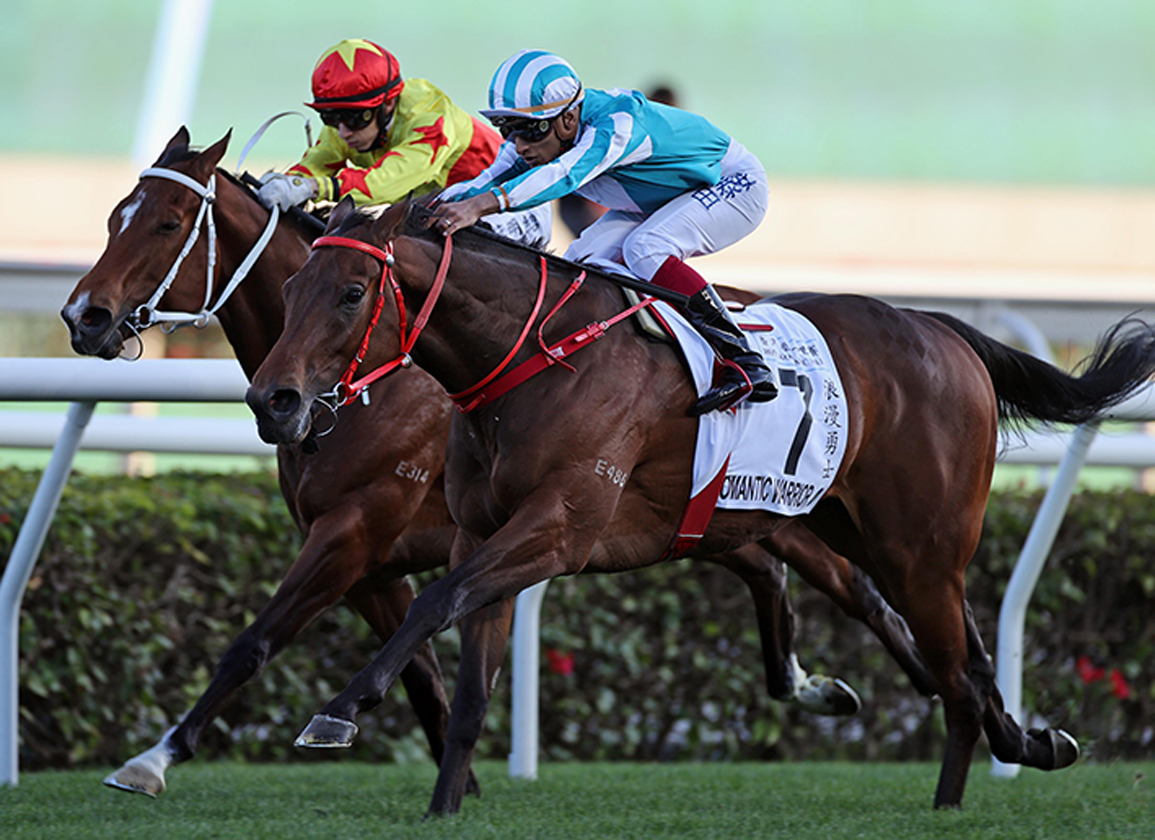 While the ongoing complications caused by COVID-19 have resulted in no overseas competition, Sunday's FWD Champions Day meeting at Sha Tin will not lack for intrigue, as the region's top horses face a real challenge from the first two home in last month's BMW Hong Kong Derby.

Golden Sixty (Aus) (Medaglia d'Oro) is the afternoon's pin-up horse as he seeks an unprecedented 21st career victory when he goes in defence of his crown in the G1 FWD Champions Mile. The 6-year-old suffered the second and third losses of his career in the G1 Stewards' Cup and G1 Citi Hong Kong Gold Cup, respectively, but bounced back with a resounding success in the G2 Chairman's Trophy last time Apr. 3. He's drawn ideally in barrier two and it's full steam ahead, according to his connections.

“We've got a good draw and obviously there should be two or three horses that will have some good pace,” said regular rider Vincent Ho. “Draw two is perfect for us and we can just track up to them and run them down in the straight. Since [his] last start, he's brought on his fitness more and we're confident going into this race.”

California Spangle (Ire) (Starspangledbanner {Aus}) cuts back to the mile after finishing a gallant second in the 10-furlong Derby. He was unlucky to lose the Hong Kong Classic Mile after setting the pace from a horror draw and bounced back in the Classic Cup over 1800 metres before just giving in late in the Derby. He will have to be caught.

“It's an exciting part of it,” said jockey Zac Purton. “I don't know where we stand against Golden Sixty–he could just be better than us and that might be the case on the weekend, but we're not going to know until we race against him and I feel that my bloke has still got room to improve.”

Romantic Warrior (Ire) (Acclamation {GB}) looks to become the first 4-year-old since Werther (NZ) (Zabeel {NZ}) in 2016 to win the Derby and double up in the G1 FWD QE II Cup. After rallying to best California Spangle in the Classic Mile, he was dealt a bad draw of his own and worked home well to be a close fourth in the Classic Cup. He knuckled down late to grab his rival in the shadows of the post in the Derby and will try to keep the ball rolling Sunday.

Russian Emperor steps back up in trip, having finished a sound runner-up to Golden Sixty in the Chairman's Trophy over a distance that is clearly short of his best. Prior to that, the former G3 Hampton Court S. hero took out the Gold Cup, leaving Golden Sixty in his wake.

The third of the day's Group 1s is the Chairman's Sprint Prize, headed by its defending champion Wellington (Aus) (All Too Hard {Aus}). It figures to be something other than a straight-forward task, however, given the presence of G1 Longines Hong Kong Sprint hero Sky Field (Aus) (Deep Field {Aus}) and Lucky Patch (NZ) (El Roca {Aus}), who was the $3.20 (11-5) favourite in the Sprint, only to go down in that horrific spill at the 400-metre mark.