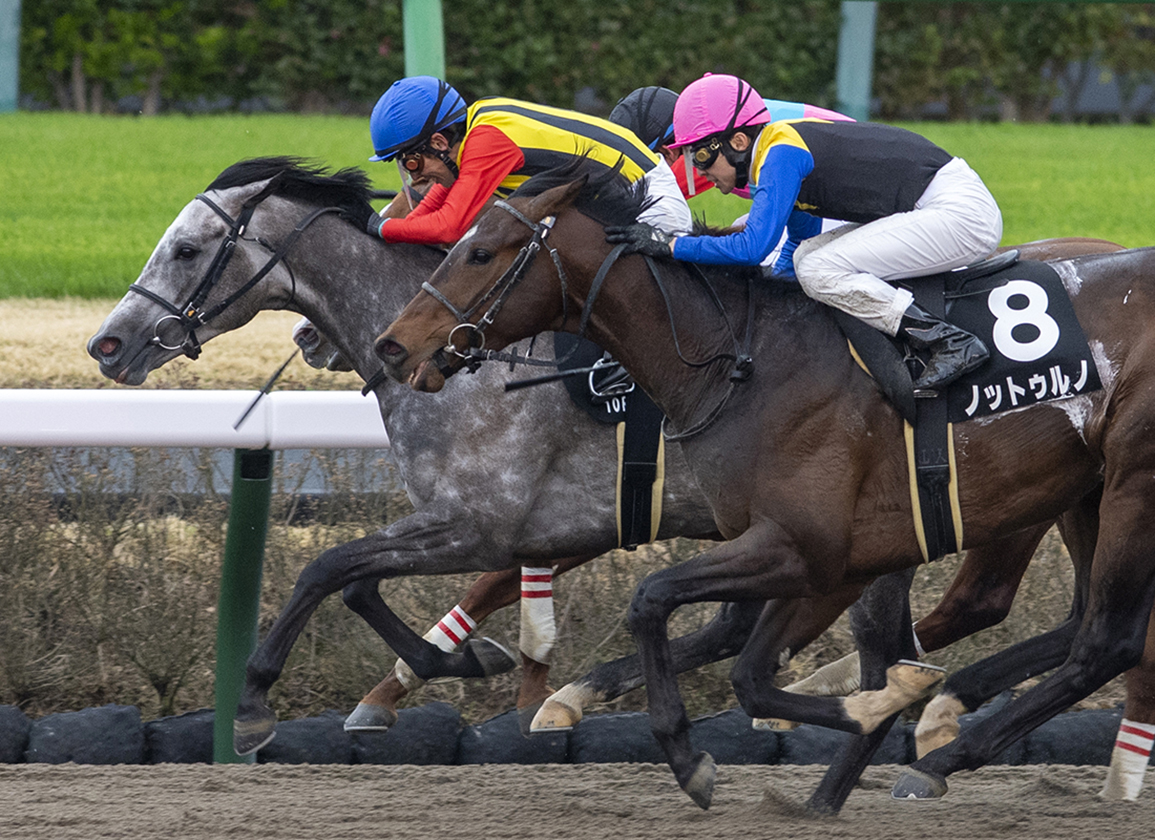 Delicada (Jpn) (Pyro) went for a gap from between horses in the dying strides and it proved a decisive move, as she was along for a neck victory in Saturday's Fukuryu S. (allowance) at Nakayama Racecourse. Facing no other rivals that had previously accumulated points on the Japan Road to the Kentucky Derby, Delicada has the right of first refusal for a berth in the race, having earned 40 points to shoot to the head of the class. She was not an original nominee to the Triple Crown series.

Perfect in two starts at Hanshin last term, each over the same 1800-meter distance, Delicada–the only filly in a field of eight– lined up here as the 7-1 third choice to fellow previously unbeaten Ho O Roulette (Jpn) (Roses In May). Away cleanly from gate four, the gray filly settled three wide and not far from the speed as the rail-drawn 3-10 favorite showed the way. Traveling without cover throughout, Delicada was scrubbed on three deep at the quarter pole, but appeared flat-footed in upper stretch. Ho O Roulette backed out of it abruptly with 150 meters to race, but Delicada responded to jockey Ryuji Wada's urgings and was up in the final few strides (see below). Notturno (Jpn) (Heart's Cry {Jpn}–Sheikh's Serenade) was second ahead of 241-1 outsider Peisha Es (Jpn) (Espoir City {Jpn}).

The winner, a daughter of Bronx Silver (Jpn) (Kurofune), is unlikely to take up the Derby assignment. The series leader, with 38 points, is Godolphin's Combustion (Jpn) (Discreet Cat), who was to run in Saturday's G2 UAE Derby at Meydan. The homebred was not an original nominee to the Triple Crown and would need to be supplemented for $6,000 at the upcoming second closing stage.