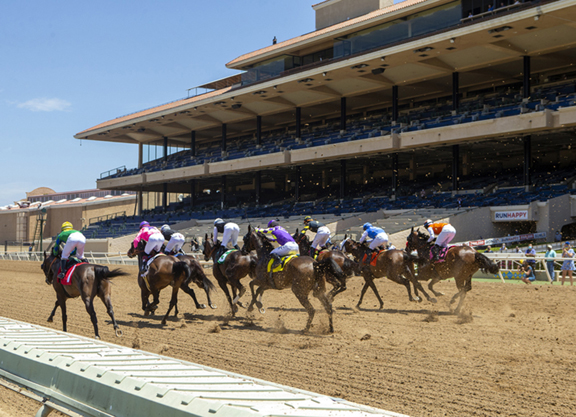 In December, tremors rippled through the Del Mar horse community when the 22nd District Agricultural Association announced the cancellation of all scheduled 2021 horse shows at the Del Mar Horsepark, and the proposed removal of all horses boarded there, in order to attend to costly water quality issues bedeviling the facility.

At a meeting Tuesday, board members expanded upon the reasons behind the temporary closure of the Horsepark–a 65-acre equestrian facility located within two miles from the Del Mar Fairgrounds racetrack–and mooted the idea of holding as many of the scheduled 2021 horse shows at the Fairgrounds instead.

According to Josh Rubinstein, president of Del Mar racetrack, if scheduled horse shows are indeed relocated to the facility this year, such developments aren't expected to impact the track's anticipated racing and training calendar.

“Everything is so fluid right now, but from what we've seen from proposed horse show activity for 2021, there shouldn't be any impact to what we do racing and training,” Rubinstein said.

Another piece of that puzzle, said Rubinstein, concerns the $13 million that Del Mar recently invested in a new wastewater treatment system, that paves the way for year-round stabling at the facility.

“If you remember back to the Lilac fire of 2017, Del Mar was forced into action because of the closure of San Luis Rey Downs. We stabled approximately 500 Thoroughbreds here through April of 2018, when we had horse show activity on the grounds,” Rubinstein said.

“We worked closely with 22nd DAA staff to ensure that Thoroughbred training could co-exist with horse show activities. It worked well then, with not a lot of notice for planning and such, and we believe in the future it's something that can work well, too.”

A lawsuit requiring the 22nd DAA to comply with state environmental regulations eventually prompted the board to curtail operations at the horse park in December. Compliance with these new regulations is expected to set the 22nd DAA back a minimum of $3 million.

Prior to the meeting, many in the local community feared that any closure might spell the permanent end to the Horsepark, a major equine hub in Southern California. Indeed, a change.org petition to “Save Del Mar Horsepark” was circulated, garnering nearly 12,000 signatories.

At Tuesday's meeting, officials insisted that there were no plans to redevelop the property.

“I want the community to know and understand, this board has not made a decision to permanently close horse park,” said Fair board president Richard Valdez, during Tuesday's meeting. “We've hit the pause button so we can determine the next steps.”