Dark Angel's Angel Bleu On Top In The Criterium International 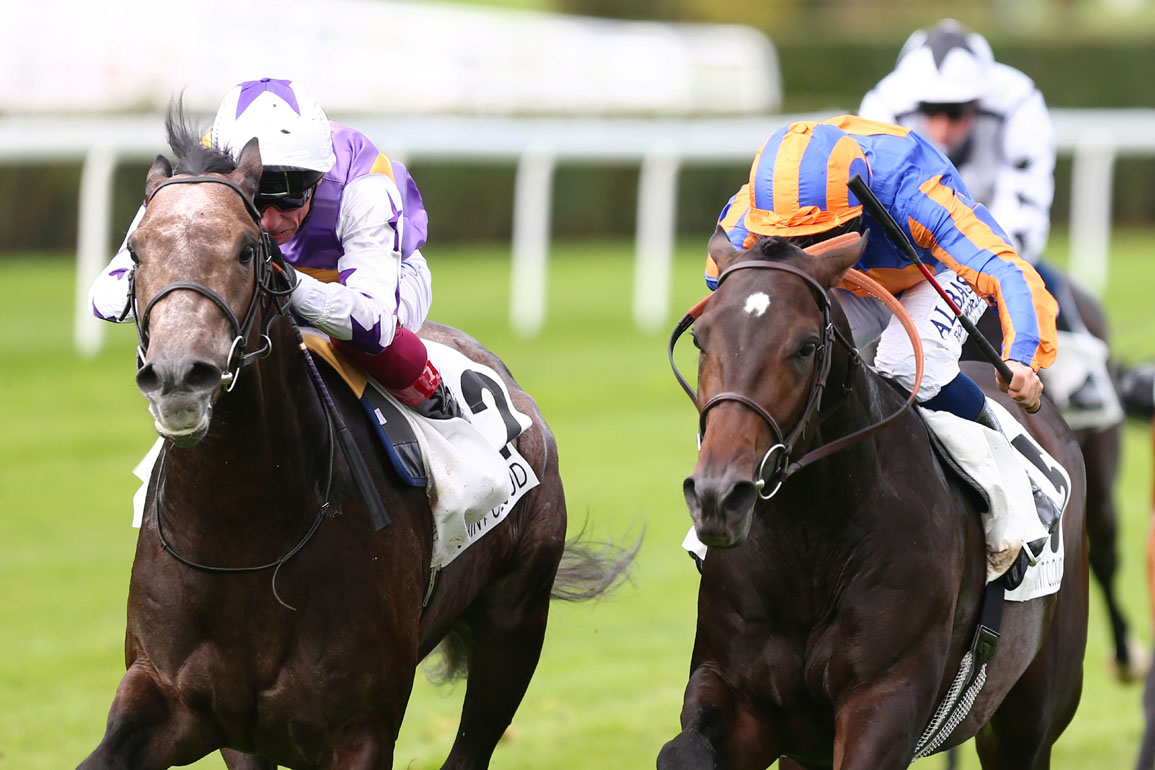 Marc Chan's 2-year-old colt Angel Bleu (Fr) (Dark Angel {Ire}) backed up a win in Goodwood's July 27 G2 Vintage S. in July with a career high in this month's G1 Qatar Prix Jean-Luc Lagardere at ParisLongchamp and doubled his elite-level tally with a game victory in Saturday's G1 Criterium International at Saint-Cloud. The Listed Pat Eddery S. runner-up had earlier collected wins at Salisbury and Pontefract and, in the absence of late scratching Glounthaune (Ire) (Kodiac {GB}), went postward as the 17-10 second choice for the one-mile test. Steadied to race off the tempo at the tail of the six-runner field, he was angled to the outside off the home turn and kept on strongly once launching his challenge with 350 metres remaining to deny the rallying Lagardere third Ancient Rome (War Front) by a head.

“He really is extraordinary and you don't get horses like this very often,” said Ralph Beckett. “We haven't had one like him and I'd say the softest part of him is his tooth enamel. He's danced every dance and I thought [racing manager] Jamie McCalmont summed it up very well earlier in the week when he said it's a privilege to be involved with him. It really is a privilege, horses like this don't come along very often and I'm very proud of him. He had a tough race in the Lagardere and he really does have the most extraordinary constitution. Any horse that can do what he's done has to have a fantastic constitution. Soft ground is very important to him and the form book tells you that. Whatever happens next, he's done it twice inside a month in a different country, which takes a lot of doing.”

Looking ahead to Classic targets for next year, the trainer added, “If I was going to bet on it, at this stages I'd say he's likely to turn up at Longchamp [for the G1 Poule d'Essai des Poulains] rather than Newmarket [for the G1 2000 Guineas]”