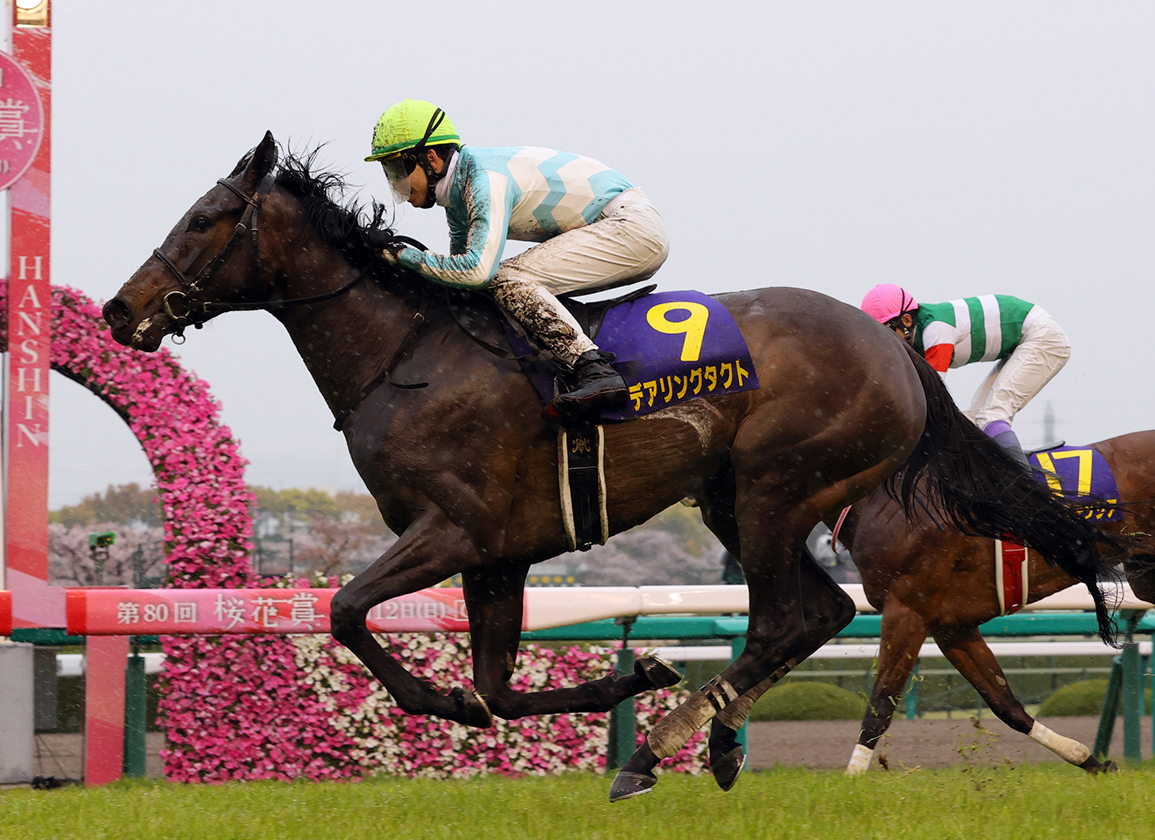 Japanese Fillies' Triple Crown Winner Daring Tact (Jpn) (Epiphaneia {Jpn}) has injured her right foreleg and will be sidelined for at least nine months, reported www.p.nikkansports.com. The 4-year-old filly was diagnosed with ligamentitis upon her return to Shiga Prefecture to quarantine after a trip to Hong Kong, according to Makio Okada of Okada Stud Group. Daring Tact will return to Normandy Farm to recover.

“She was diagnosed and will require nine-months off to heal,” said Okada. “It's not good to overdo it. If you overdo it, the range of motion will be narrow. Because it is [Daring Tact we are dealing with] I want to heal it firmly over time. I think she will be back next April.”

Trained by Haruki Sugiyama, the bay rattled off victories in G1 Japanese 1000 Guineas last April, the G1 Japanese Oaks a month later, and the G1 Japanese Fillies' St Leger in October. Although winless since, the Normandy Thoroughbred Racing colourbearer was a very good third in the Nov. 29 G1 Japan Cup in the wake of Japanese Horse of the Year Almond Eye (Jpn) (Lord Kanaloa {Jpn}) and 2020 Triple Crown Winner Contrail (Jpn) (Deep Impact {Jpn}). Resuming on Mar. 14, she ran second in the G2 Kinko Sho at Chukyo and ran third at Sha Tin in Hong Kong on Apr. 25.