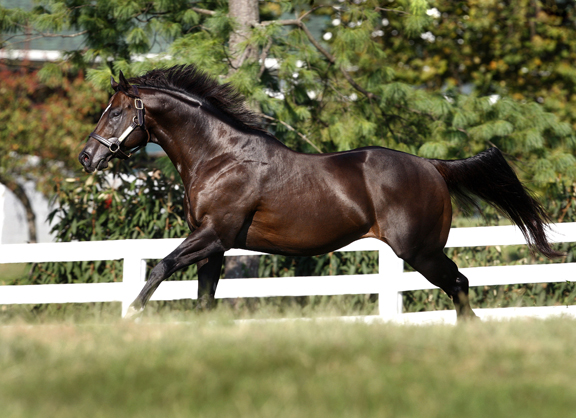 The roster also features Tapiture (Tapit), Klimt (Quality Road), and GI Breeders' Cup Classic contender Higher Power (Medaglia d'Oro), new for 2021, who will each stand for $10,000 S&N. GI Kentucky Derby winner Country House (Lookin At Lucky), also new for 2021, Flameaway (Scat Daddy), and Copper Bullet (More Than Ready) will stand for $7,500 S&N, while Tale of Ekati (Tale of the Cat) and Bee Jersey (Jersey Town) will stand for $5,000; rounding out the roster will be Sky Kingdom (Empire Maker) at $2,500, S&N, Tale of Verve (Tale of Ekati) at $2,000 S&N, and Dolphus (Lookin At Lucky) who will stand for private treaty.

Dialed In, leading freshman sire of 2016 and a perennial leading sire of his crop ever since, is represented in 2020 by GI American Pharoah S. winner Get Her Number. Tapiture's Hopeful Growth was a four-length winner of this year's GII Monmouth Oaks and placed in the GII Black-Eyed Susan S. He is also represented by 'TDN Rising Star' Premier Star, winner of the Jersey Shore S. and placed in the GII Amsterdam S. A top-five first-crop sire of 2019 by earnings and second-ranked first-crop sire by winners with 27, Tapiture leads second-crop sires by winners (68) and is second in black-type winners (five) and black-type horses (12).

New to the roster, Country House earned more than $2.1 million, and in addition to his Derby victory, finished second to eventual Classic winner War of Will in the GII Risen Star S. at Fair Grounds and was third in the GI Arkansas Derby.

Darby Dan will once again be offering various incentive programs in 2021 to provide value to breeders, including Profit Protection, Share the Upside, Black-Type Bonanza, and Goldmine 20/20 Match Program.