D. Wayne Lukas Turns Back Time at Summer in Saratoga 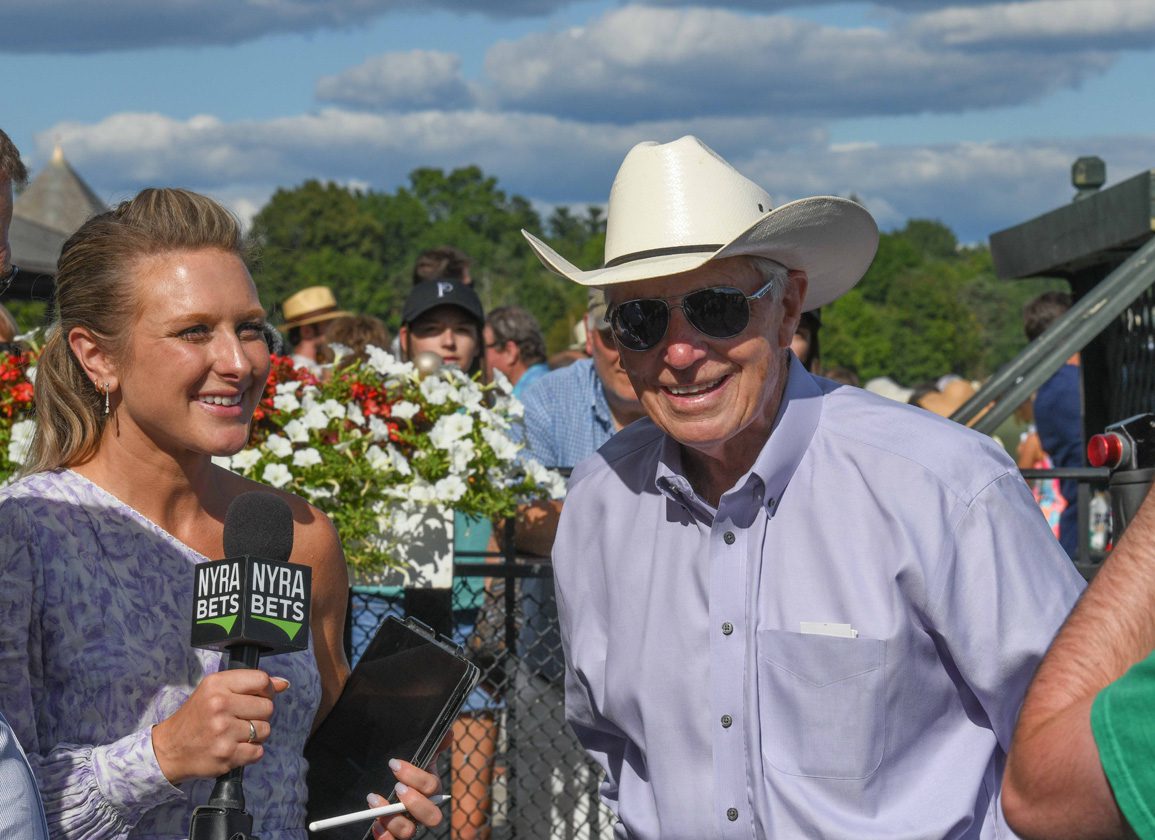 SARATOGA SPRINGS, NY – This has been a turn-back-the-clock, very D. Wayne Lukas-like, summer at Saratoga for the Hall of Fame trainer.

As he approaches his 87th birthday on Sept. 2, the racing legend has won a graded stake, finished second in two others, and made his presence felt at the Fasig-Tipton Saratoga Sale with the purchase of five yearlings for $2.725 million, led by of a son of Medaglia d'Oro for $1.35 million.

After skipping the past two Saratoga seasons due to a combination of the Covid-19 pandemic and a downturn in talent in his stable, Lukas returned in July with the star filly Secret Oath (Arrogate) and 15 others he felt had the quality to compete at the tough meet in upstate New York. While the Briland Farm homebred disappointed, finishing a distant second to Nest (Curlin) in the GI Coaching Club American Oaks on July 23, Lukas said he is satisfied with the way things worked out in the opening weeks of the season. Through Sunday's 24th day of the 40-day meet, Lukas' stable had a record of 3-4-2 from 19 starts– 47 percent in the money–and  earnings of $433,259.

“I think we've done all right, except for that one race,” he said after supervising the morning training from the back of his pony. “That one race bothers me and is nagging at me a little bit. I'm talking about the Coaching Club Oaks. That really bothered me. I know that our filly is so much better than that and we didn't get a chance to showcase her yet.”

Lukas said he was unhappy with the way jockey Luis Saez rode Secret Oath in the CCA Oaks and discussed that race after he worked her five furlongs in 1:01.55 on Aug. 9. Lukas described the breeze over the Oklahoma training track as “brilliant.”

“If you take that one out of it, I think everything else has been real fine,” Lukas said. “I really have enjoyed getting some of the 2-year-olds started and so forth. I think we can finish up here with a little flourish.”

BC Stable's 2-year-old Bourbon Bash (City of Light) sent Lukas to the winner's circle on Saturday to celebrate his eight-length victory in a maiden special weight race. He said the colt could make his next start in the GI Hopeful, a race Lukas has won a record eight times.

“He's been training really strong,” Lukas said. “He's a very immature looking horse, if you look at him closely, but he's starting to get his act together. Having the one out and the rest of the field didn't have any, he got away beautifully and Flavien (Prat) put him on cruise speed and away he went.”

Lukas said the Hopeful on the final day of the meet could be a good fit.

“We're right here,” he said. “You know me, when they're good I like to run them back. That was not a hard race on this horse. ”

On Aug. 9, the second night of the Saratoga Sale, Lukas purchased the Medaglia d'Oro colt for John Bellinger, a partner in the new BC Stable, that owns Bourbon Bash and Summer Promise (Uncle Mo), who was second in the GIII Schuylerville S. on opening day. It was the first time in a while that Lukas bought a seven-figure yearling.

Lukas said he called Bellinger a couple of hours before the session started and proposed buying the horse.

“I said, 'I think the best horse in the sale is selling tonight,'” Lukas said “I said, 'we can probably put together a group of three or four, or, John, you can just step up if you want to and we'll just try to buy him.'”

Lukas told him the colt would sell for “north of a million, for sure” and Bellinger agreed have Lukas jump into the bidding. 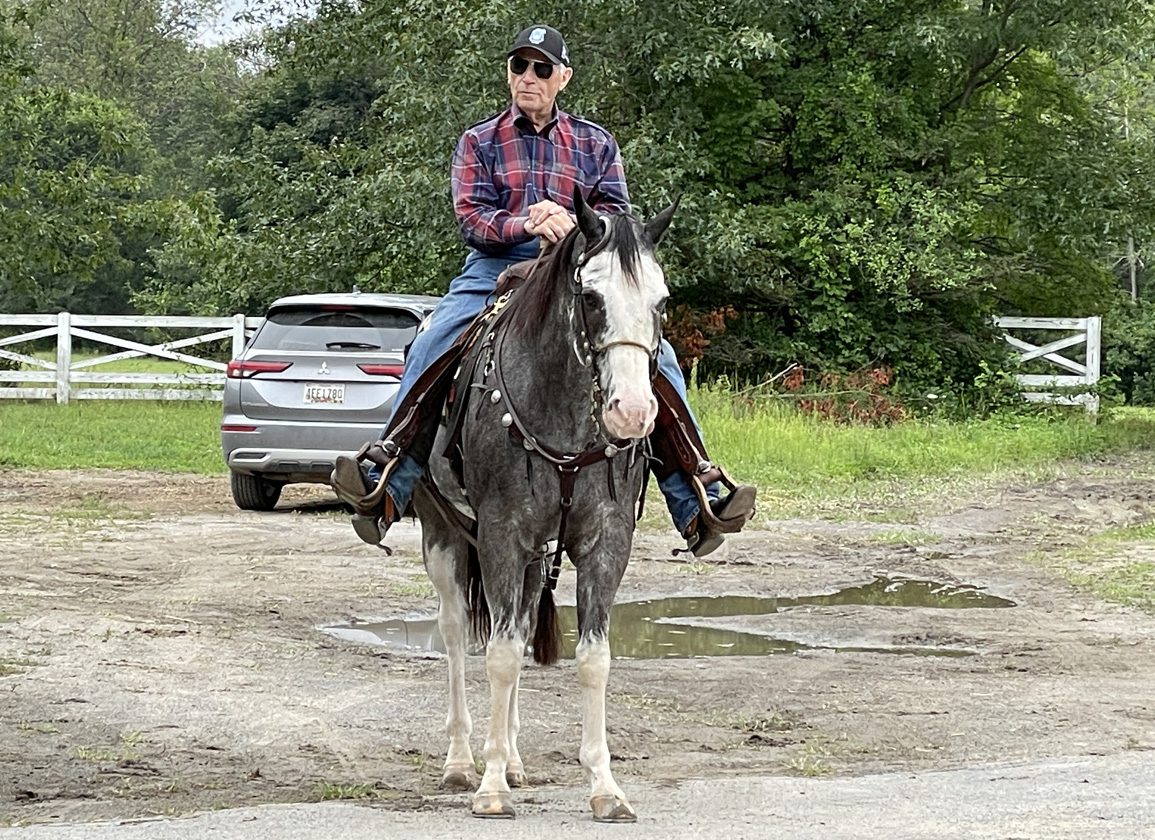 Lukas on his pony | Mike Kane

Naughty Gal's victory in the GIII Adirondack S. was Lukas's third graded stakes victory of 2022 and matched his combined total for the previous seven seasons. He expects to bring her back in the GI Spinaway S. on the closing weekend of the meet. With $2,614,795 in earnings through Sunday he is a cinch to have his best year since 2014 when he topped $4.7 million. His success has brought him new business.

“Surprisingly, yes. It really has,” he said. “I don't know if the exposure or the fact that people were sitting back and saying 'He's old. I wonder if he's still got it?' You know, that attitude. Then when you bang, bang, bang start to get on the front page again, they probably think 'Well, hell, he's out there and he's doing okay, we can give him another horse.' I don't think anybody questions that we can train. I think that's probably a given. But at my age they could sure question the work ethic and some of that and I think they feel comfortable.”

Among the additions to his stable in recent months were 14 horses owned by former client Willis Horton Racing LLC.

“Not only that, I've gotten a couple of new ones in the sale ring by buying yearlings, which is now a three-year look down the road,” he said. “So they must think I'm doing okay, physically.”

Lukas has made a few concessions to his age–using a cane when he is walking and steps to get up off the ground and onto his horse–but said he only feels old when he looks in the mirror. Earlier in the meet he had a mild case of Covid-19, which kept him away from the stable. It was a far different than his bout in 2020 when he said he thought he might die from the virus. 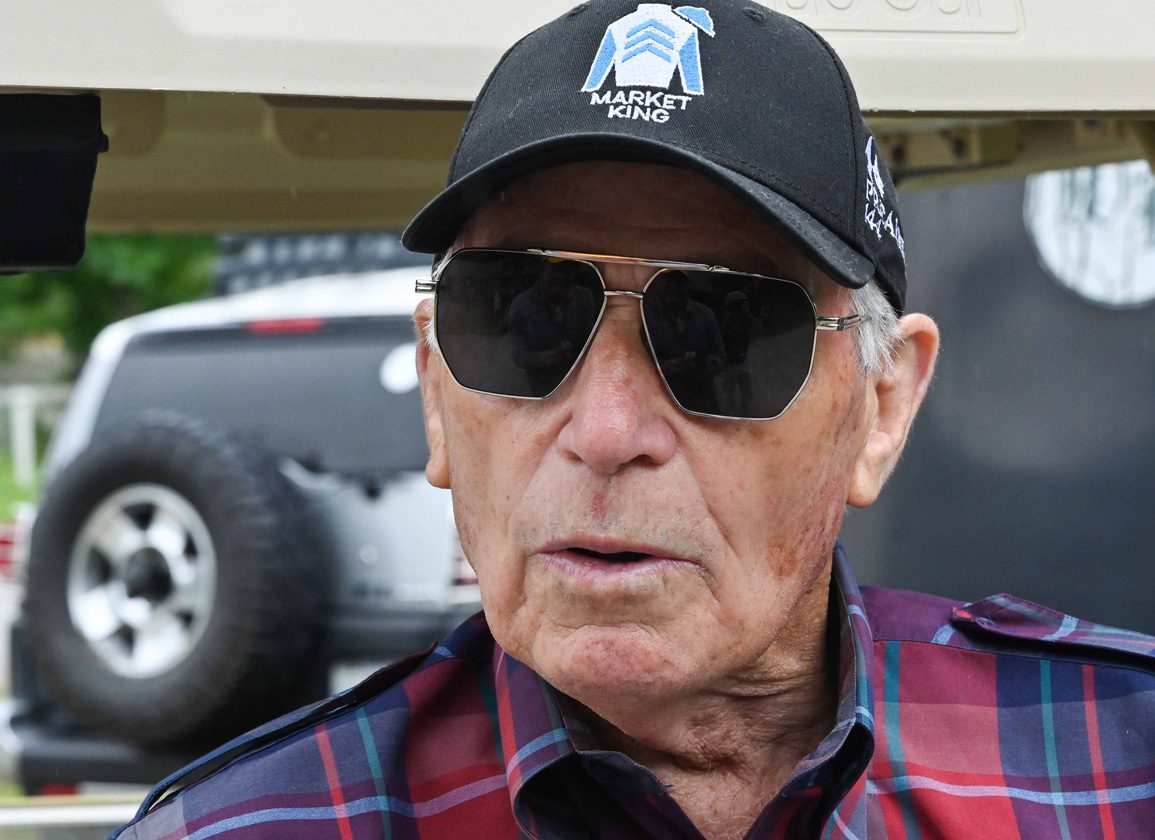 Secret Oath steps back into the spotlight this week and will face Nest again Saturday in the 142nd running of the Grade I Alabama S. The outcome could have a significant impact on the 3-year-old filly championship. Secret Oath beat Nest in the GI Kentucky Oaks then ran fourth in the GI Preakness S. Nest came out of her runner-up performance in the Oaks to finish second in the GI Belmont S. and ran away from Secret Oath in the CCA Oaks to win by 12 1/4 lengths.

Lukas said Saez told him after that Secret Oath “never felt better” under him. In the CCA Oaks, Secret Oath was closer to the pace and was wide in her first start in some eight weeks. At the top of the stretch, when it looked like the two stars would battle to the wire, Nest easily ran away from her rival.

With a race over the track and couple of breezes since the race, Lukas said he is confident that Secret Oath is capable of winning the 1 1/4-mile Alabama. She will be his 14th starter in the race. He was won it twice, most recently with Open Mind (Deputy Minister) in 1989

“I think it's just a trip,” Lukas said. “She actually is doing better right now than any time. I really feel that. I think she's filled out and getting stronger and everything. The work really put a punch on that line that she is better and Luis, when he worked her, said the same thing.”

“So we're down to a trip. We've got to get a trip, the trip we got in the Oaks back in Kentucky. If we get that I am not afraid of anybody.”

Lukas praised Nest, trained by is former assistant Todd Pletcher, and said the rivalry is something to look forward to.

“This thing's going to get down to where–this is not Alydar and Affirmed–but I think we could have a great fall with these two fillies,” he said.