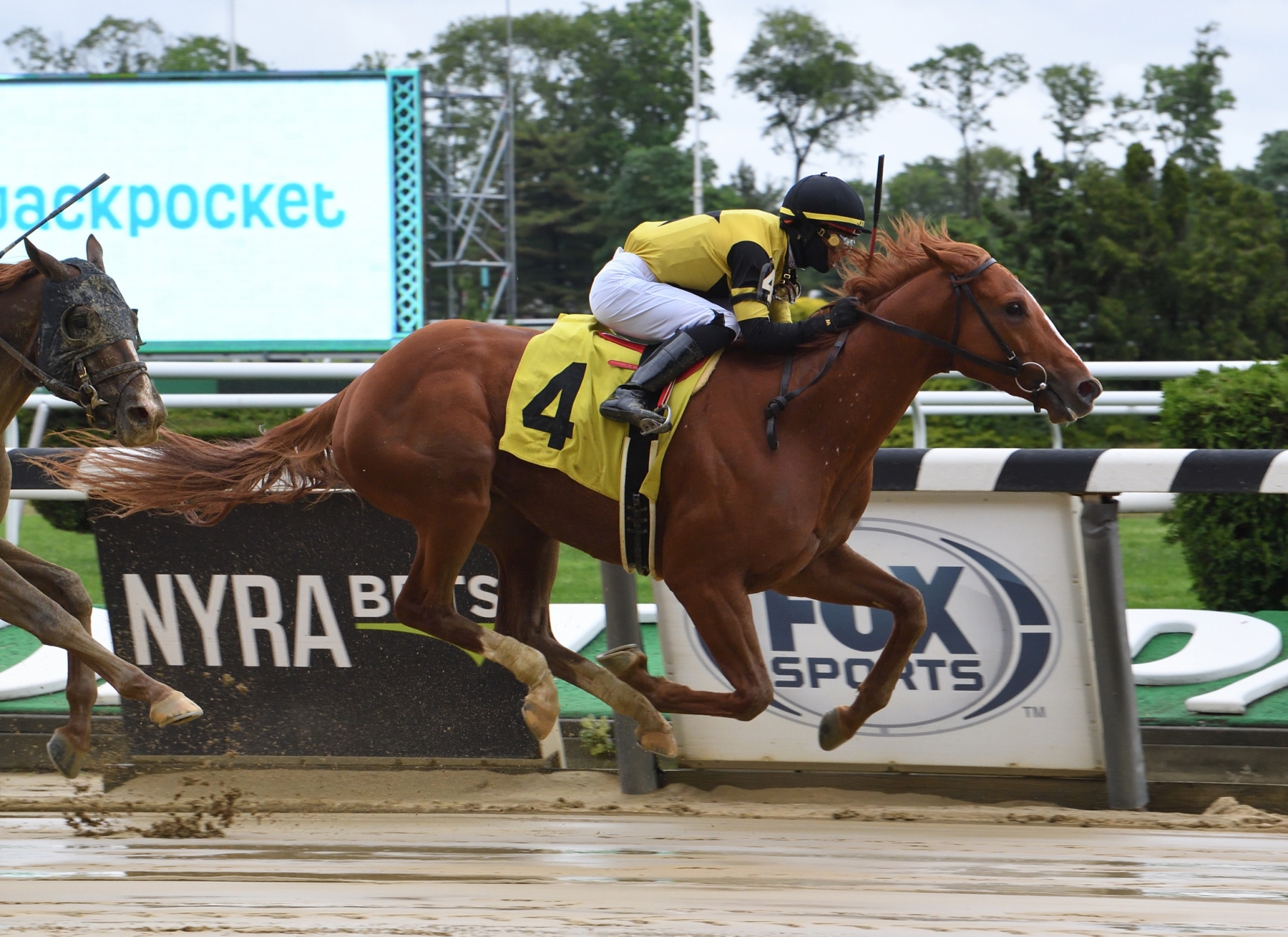 West Point Thoroughbreds, Siena Farm, Bobby Flay and Woodford Racing's regally bred $1.5-million Fasig-Tipton Saratoga '19 co-topper First Captain (Curlin) snatched victory from the jaws of defeat Saturday to go two-for-two and garner the 'TDN Rising Star' distinction. The chestnut got going late to get up over seven panels here Apr. 24, earning a 94 Beyer Speed Figure in the process, and was even-money to continue his promising trajectory. Pressing out in the clear among a compact field through splits of :23.69 and :47.17, First Captain seemed to come under a bit of a ride leaving the bend as 4-year-old Hometown (Constitution) tipped out and swept to the lead. Jose Ortiz kept after First Captain, however, and the chalk fought back on the inside despite Hometown making it tight on him to prevail by a length in 1:36.10.

Breeder and co-owner Bobby Flay's entry point into First Captain's prolific family was via the colt's stakes-placed second dam Lacadena (Fasliyev), who he purchased privately after she RNA'd for $1.4 million at the 2007 Fasig-Tipton November sale. Lacadena's dam is a half-sister to none other than Broodmare of the Year Better Than Honour (Deputy Minister), the second dam of another McGaughey-trained stand-out sophomore in GII Fasig-Tipton Fountain of Youth S. and GIII Holy Bull S. hero Greatest Honour (Tapit). America went on to take the 2015 GIII Turnback the Alarm H. after hitting the board in both the GI Mother Goose S. and GI Delaware H. The $725,000 KEESEP '12 RNA was bought back for $3.1 million at the 2019 Fasig-Tipton November sale carrying an Uncle Mo colt. She had produced a full sister to First Captain earlier that year and foaled another Curlin filly this Feb. 28.

West Point, Siena, Woodford and other partners unveiled another pricey and promising colt on the same day that First Captain debuted–the John Sadler-trained Flightline (Tapit) was one of the more impressive first-out winners in recent memory when scoring by 13 1/4 lengths at Santa Anita and earning the 'TDN Rising Star' nod. That $1-million Saratoga grad has not yet worked back since his debut.