Crichton Says Keeneland Will Not Accept Entry for Spinster 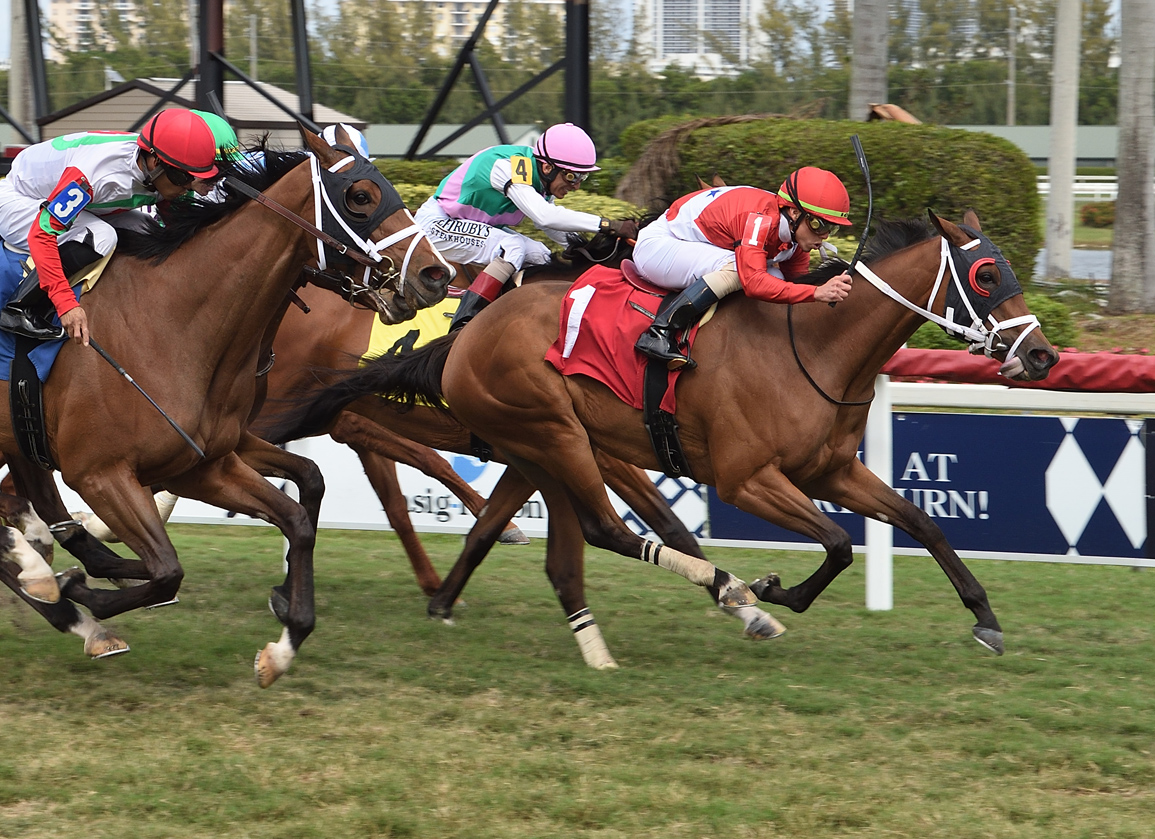 Trainer Rohan Crichton said he has given up on his attempts to run Bajan Girl (Speightstown) in Sunday's GI Juddmonte Spinster S. at Keeneland after being told he would not be allowed to enter.

Crichton is one of five trainers recently suspended by Gulfstream officials after it was found that they were violating house rules regarding clenbuterol. He is in the midst of serving a 30-day suspension and cannot run at any of the tracks owned by The Stronach Group. However, a suspension issued by a racetrack is not reciprocal and, unlike a suspension coming from a regulatory agency, does not have to be honored elsewhere.

The TDN was unable to reach anyone from Keeneland Wednesday night to conform that Bajan Girl cannot run in the race.

“We are not running at Keeneland,” Crichton said. “I'll just sit back now and let the whole process play itself out. One day, we'll be able to look back.”

Crichton said he understood why Keeneland took the position that it did.

“I think the bad publicity around this whole thing caused them to do what they did,” Crichton said. “I understand. It's not their fight and they didn't cause this. It is what it is.”

Earlier in the week, Crichton listed Sunday's GII Beldame S. at Belmont as another possibility for his filly, but he said he would not attempt to enter that race either. When asked to clarify NYRA's position on Bajan Girl, NYRA said that it will discourage any trainer under suspension at Gulfstream from entering races at Belmont.

“NYRA is reviewing the action taken by 1/ST to suspend a group of trainers for violating house rules at Gulfstream Park,” said NYRA spokesman Patrick McKenna. “As that process continues, NYRA is requesting that these trainers immediately refrain from running horses at NYRA tracks for the duration of the suspension imposed by 1/ST. Should those trainers not honor this request, then NYRA will consider a number of options to determine if additional sanctions are warranted.”

Bajan Girl would have been a double-digit longshot in either the Beldame or Spinster. She's never won a stakes race and is coming off a a fourth-place finish in the Love Sign S. at Colonial Downs.