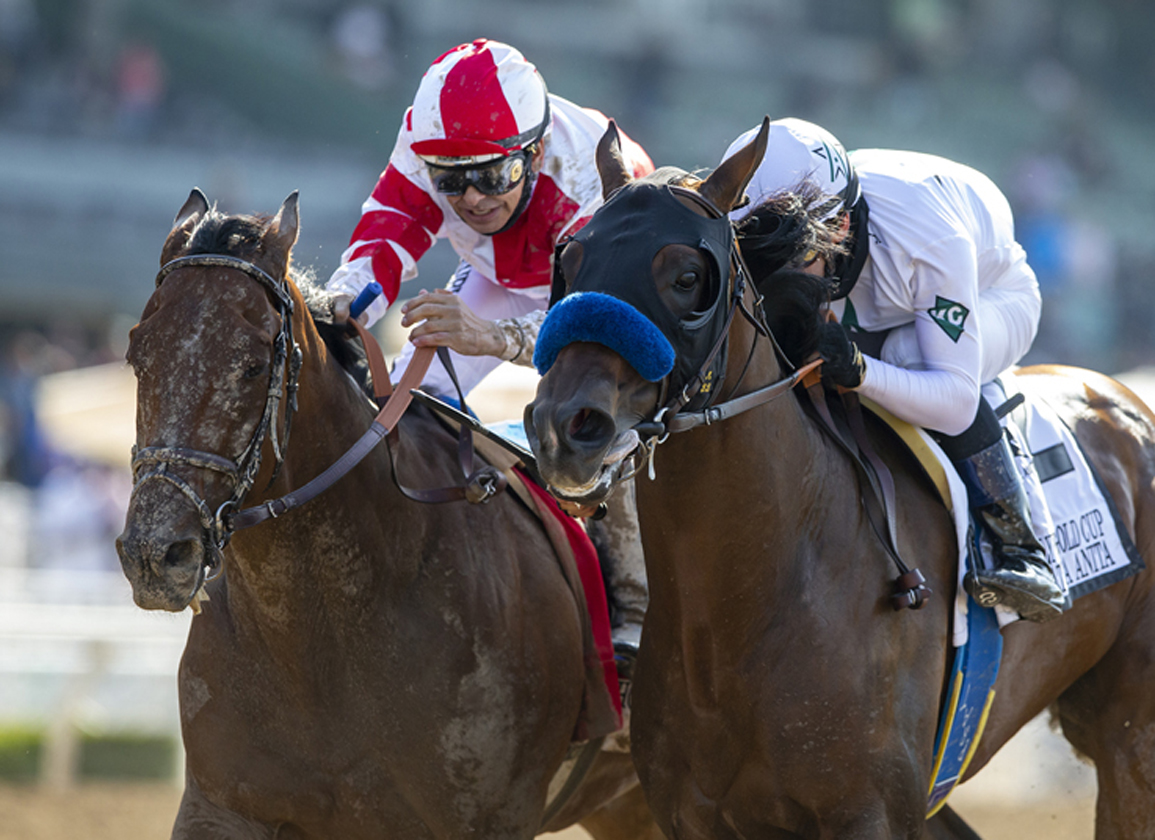 Away alertly, the former Paul Pompa runner was taken hold of to sit second as longshot Brown Storm (Chi) (Scat Daddy) rolled to the front showed the way through moderate splits of :22.92 and :47.16. Switched off nicely in the two path for the run down the backstretch, Country Grammer was asked for a bit of acceleration and overtook Brown Storm at the three-furlong pole, but he soon had outside company in the form of Royal Ship, who was deftly slipped a bit of rein by Mike Smith at the 4 1/2-furlong marker and raced three wide just off the pace into the turn. Country Grammer and Royal Ship hit the quarter pole more or less on even terms, but the last-out GII Californian S. hero appeared to have all the momentum and was clearly in front entering the final eighth of a mile. But Country Grammer remained in for the fight, re-took the lead inside the final sixteenth of a mile and scraped home just in front as Royal Ship came back at him at the wire.

“He ran super well,” said winning jockey Flavien Prat. “He broke well and I was able to get myself in a good spot. I was a little worried when I saw Mike Smith on the outside of me, I wish I could have kept him inside. Mike took the lead on me, but my horse was really game to come back.”

Trained by Chad Brown to win last year's GIII Peter Pan S., defeating future G1 Dubai World Cup hero and 'TDN Rising Star' Mystic Guide (Ghostzapper) into third on that occasion, the $60,000 Keeneland September yearling turned $450,000 OBS April juvenile was fifth in the GI Runhappy Travers S. and changed hands for $110,000 as part of the late Pompa's dispersal at this year's Keeneland January sale. He was beaten a neck into second by Royal Ship when making his local debut in the GII Californian S. Apr. 17.

“Elliot Walden and WinStar bought him to bring to California because they figured a mile and a quarter was his distance,” said trainer Bob Baffert, winning the Gold Cup for the eighth time, equaling the record of Charlie Whittingham. “His form on the dirt was really good last year. It looked like he was beat today, but he kicked it in. It's exciting. He ran a big race last time and just got beat. He was really ready to go today and I think the distance was the key. He got it done with a lot of class and determination.”