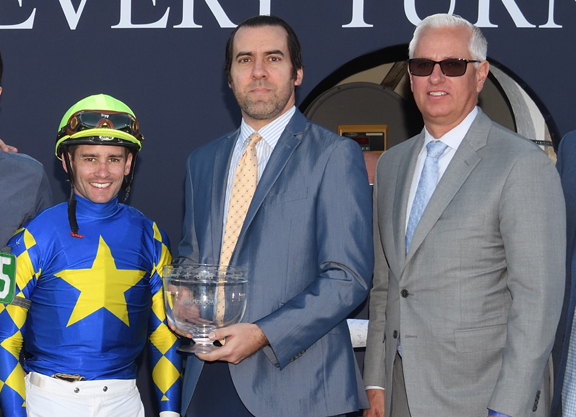 Michael Costanzo has been appointed Gulftream Park's new racing secretary, replacing the outgoing Dave Bailey. Costanzo had served as the track's assistant racing secretary for the past year. A Chicago native and graduate of the University of Arizona Race Track Industry Program, he joined the Gulfstream racing office in 2009 and was its stakes coordinator for five years before becoming assistant racing secretary. He was previously part of the Breeders' Cup notes team and public relations manager at Calder Race Course.

“We're delighted with the work Mike has done for more than 10 years at Gulfstream. He's excelled at all positions and he has a great understanding of the industry,” said Mike Lakow, Vice President of Racing at Gulfstream. “His hard work and dedication has earned him this promotion, which is well deserved. We are confident Mike will build on our year-round program.”