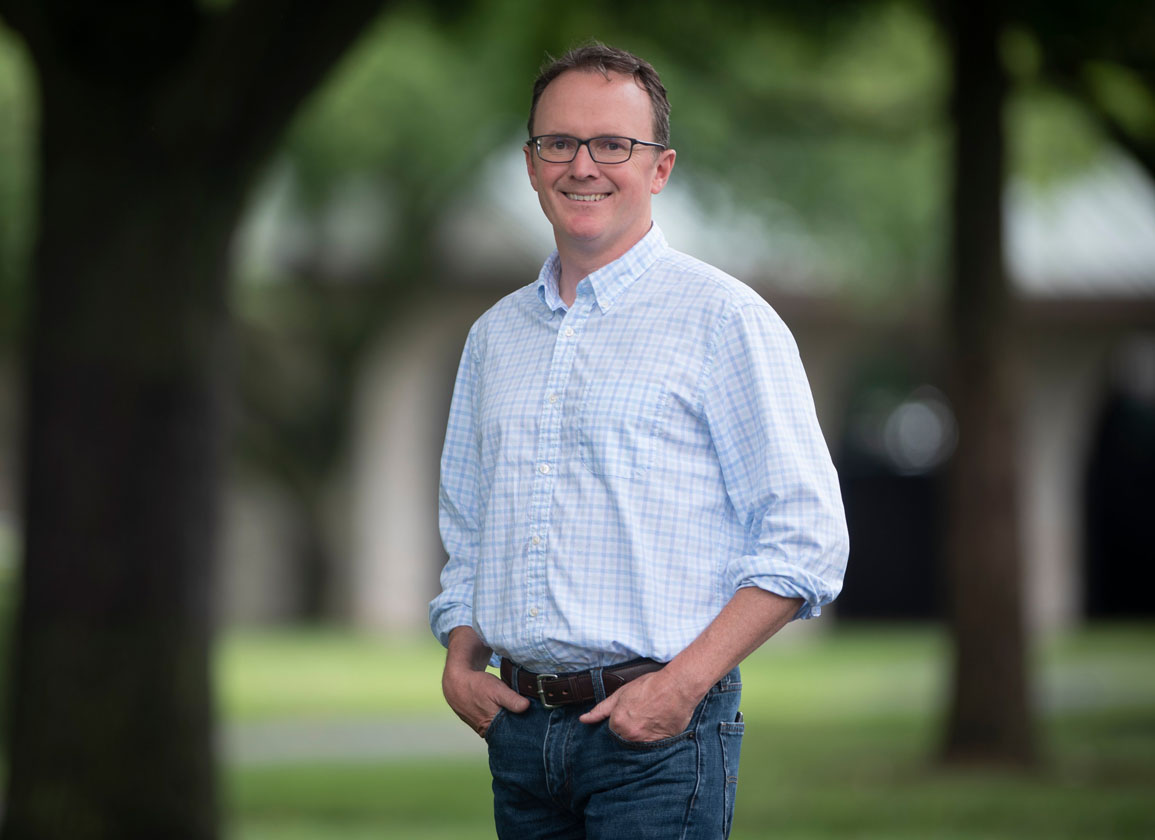 Keeneland has named bloodstock consultant Cormac Breathnach, Ph.D., associated for many years with first Adena Springs and then Airdrie stallions, as its new Director of Sales Operations. Breathnach succeeds Geoffrey Russell, who retired in April after 25 years with Keeneland. Russell will remain in a consulting role with Keeneland through the rest of 2021.

“We are excited to have Cormac join the Keeneland sales team as the Director of Sales Operations,” Keeneland Vice President of Sales Tony Lacy said. “I have long admired his professionalism, knowledge, and integrity, which is second to none, and have had the pleasure of watching him develop in the industry and gain the respect of a broad range of professionals. His skill set, personality, and strong work ethic will help evolve Keeneland sales for the future. In addition, his background in research and animal welfare is a valuable asset as we continue to strive to set higher standards for the industry.”

“Geoffrey very generously has been helping us through the transition process to make it as seamless as possible,” Lacy said. “I can never thank him enough for his commitment to Keeneland even in his first stages of retirement. I know Cormac will integrate into this role smoothly with Geoffrey's guidance.”

Breathnach, a native of Ireland, is well known throughout the Thoroughbred racing and breeding sectors. During his more than two decades in the horse industry, he received a doctorate in veterinary science from the Gluck Equine Research Center at the University of Kentucky and spent nearly eight years as the Stallion Seasons and Matings Consultant at Adena Springs before being named the Director of Stallion Nominations at Airdrie Stud in 2017. In addition, he also founded Galway Bloodstock, a consultancy that provides auction representation, racehorse management, and matings analysis.

Breathnach studied biotechnology at National University of Ireland, Galway, then pursued his Ph.D. from the Gluck Center. He completed two post-doctoral studies, first at the veterinary school of the University of Wisconsin-Madison from 2001-2003 before returning to the Gluck Center from 2004-2007. He was the inaugural recipient of the Paul Mellon Postdoctoral Scholarship. He is currently on the board of both the Gluck Foundation, where he is the first graduate of the Gluck Equine Research Center to serve in that capacity, and the Secretariat Center.

“I have spent the last 12 years working with breeders, consignors and buyers on behalf of two of the preeminent stud farms in the Bluegrass, and I am excited to carry those relationships through to this new role with Keeneland,” Breathnach said. “I am grateful for the opportunities I have been given along the way, particularly to Bret Jones and his family for four successful years at Airdrie Stud.”

“Cormac has been such a tremendous contributor to Airdrie Stud, and I know I speak for our entire team when I say how much we will miss him,” Airdrie Stud Vice President Bret Jones said. “Keeneland and our breeding and racing community at large are gaining an advocate of the absolute highest ability and character. He is one of the truly wonderful people in our industry. I am very happy for Cormac to ascend to this important position and will always be grateful for the great friendship we've developed these last four years.”

Keeneland's new Director of Sales Operations lives in Lexington with his wife, Catherine, and their daughter, Anna.