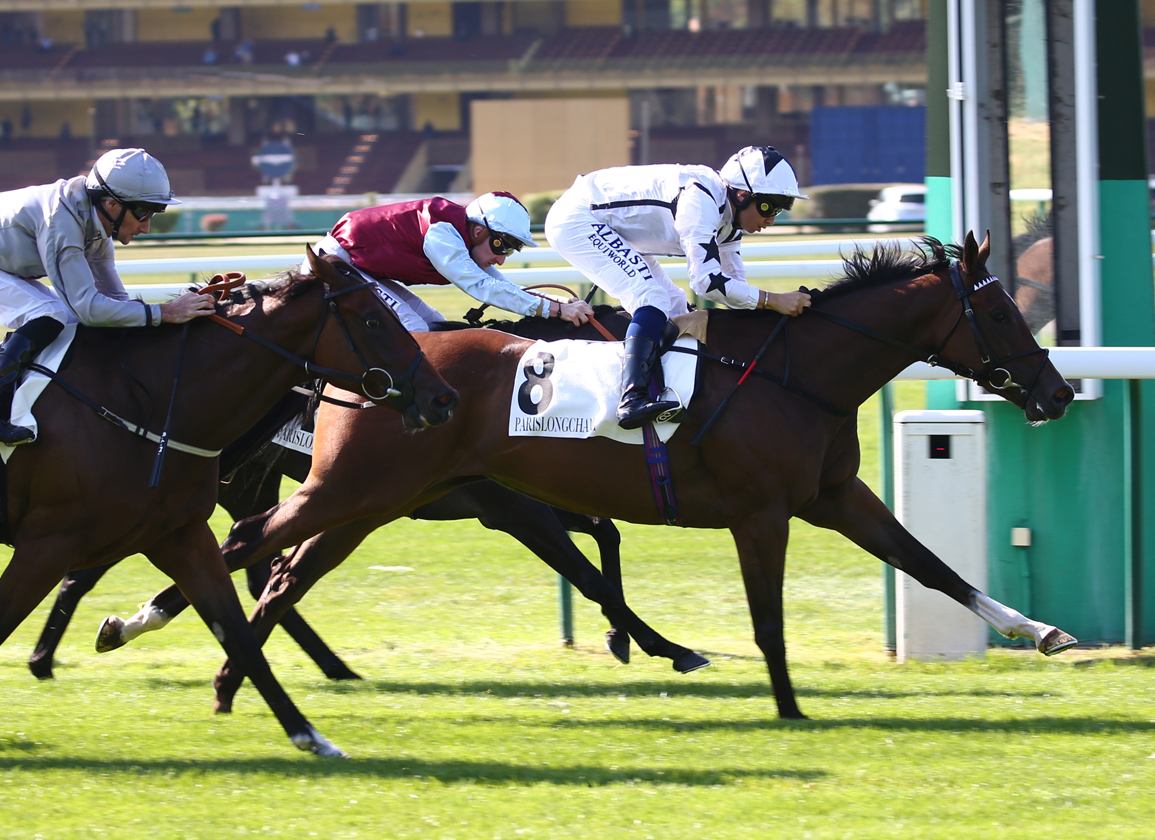 Syndicate supremo Nick Bradley and George Boughey hooked up to secure the trainer's first pattern-race triumph with Oscula (Ire) (Galileo Gold {GB}) in last month's G3 Prix Six Perfections at Deauville and the burgeoning axis repeated the dose as their 2-year-old filly Corazon (Ire) (Markaz {Ire}) battled to a career high in Thursday's G3 Prix d'Arenberg over the straight five furlongs at ParisLongchamp. She had earlier registered a July 30 debut fourth tackling five furlongs at Worlverhampton, graduating in an Aug. 10 novice test over the same distance at Lingfield last time, and went postward as a 17-2 chance for this stakes and turf bow. Corazon broke sharply and occupied a front-end berth through the early fractions of this dash. Scrubbed along once headed at halfway, she was under the full weight of Mickael Barzalona's drive when tackling Listed Prix La Fleche victrix and G3 Prix de Cabourg runner-up Dizzy Bizu (Ire) (Caravaggio) passing the furlong marker and would not be denied in the closing stages to edge that rival by a neck in game fashion, becoming the first stakes winner for her second-crop sire (by Dark Angel {Ire}).

“It's great to have another stakes winner for Nick [Bradley], he's the biggest supporter of my yard and so we're very happy,” said trainer George Boughey after claiming a second pattern-race success. “Mickael [Barzalona] is world class and has given her a peach of a ride. I was pretty keen for him to make plenty of use of her, to get her out and get her going. We've been pretty keen to make sure we have the right people on board when we travel to France and Mickael has done us another favour. The race looked a good opportunity and she'd worked like a filly that should be running in stakes races. It might have come one step too soon, but she was equal to it. She's always shown plenty of pace at home and I would imagine she will get six furlongs. Her work has always been pretty good and she's come a long way in a very short space of time. We'll get her home and see how she is, but I haven't really got a concrete plan for her. It wouldn't be a surprise to see her get an entry in the [G2] Flying Childers [at Doncaster next week]. I know that's a quick back-up, but it is a Group 2. She deserves a short break in training and there are lots of races she can go for towards the end of the season.”