Consistency The Key For Stella Veloce In Kikuka Sho 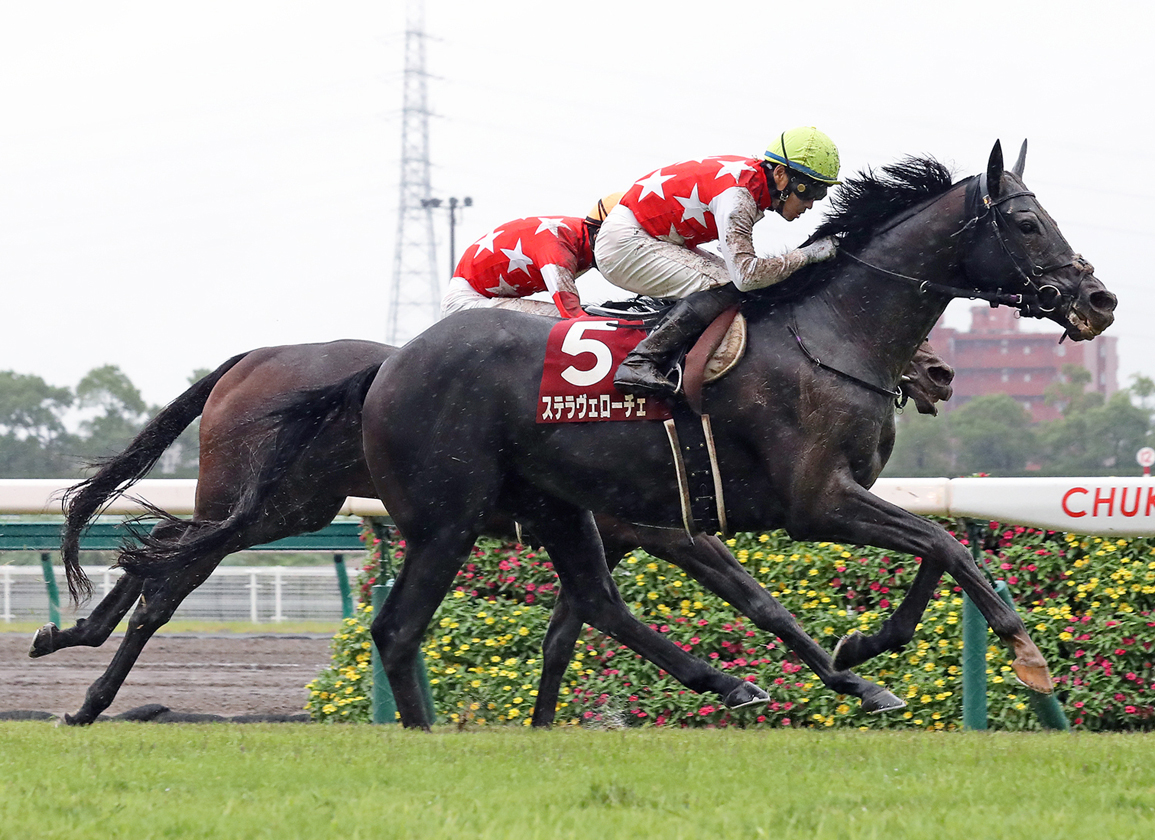 Stella Veloce (Jpn) (Bago {Fr}) is liable to jump as the race favourite as he goes second-up since his third in the Tokyo Yushun May 30. Having also filled the third spot in the Guineas, the dark bay was the 2-1 second-elect in the Sept. 26 G2 Kobe Shimbun Hai (2200mT) at Chukyo–one of two trials for the Kikuka Sho–and raced near the tail of the field over rain-affected ground before rallying through the stretch to best Red Genesis (Jpn) (Deep Impact {Jpn}) by a half-length, while Shahryar could do no better than fourth as the $1.80 (4-5) pick. By a Prix de l'Arc de Triomphe winner, Stella Veloce should find Sunday's trip within his scope, particularly on a sounder surface.

“He was plus [20]kg for his last race, but since the spring he's certainly developed a lot,” said trainer Naosuke Sugai. “Despite the ground last time, he recovered well and there was no damage from that run, so we can look to the Kikuka Sho with him.”

Orthoclase (Jpn) (Epiphaneia {Jpn}) looks to follow in the hoofprints of his sire, who romped by five lengths in soft ground in the 2013 Kikuka Sho. The son of MG1SW champion older mare Marialite (Jpn) (Deep Impact {Jpn}) won his first two outings at three and closed the season with a runner-up effort in the G1 Hopeful S. (2000mT). The dark bay has just one start under his belt this season, a running-on third in the G2 Asahi Hai St Lite Kinen (2200m), two lengths behind the upset-minded Asamano Itazura (Jpn) (Victoire Pisa {Jpn}).

Titleholder (Jpn) (Duramente {Jpn}), whose own sire won the first two legs of the Triple Crown before having to miss the Leger, was second from a handy position in the Satsuki Sho before fading to sixth in the Derby. He disappointed in the St Lite Kinen, finishing last but one, but can bounce back if seeing out the trip this weekend.

American-bred Air Sage (Point of Entry) is three-for-four lifetime and has accomplished something that none of his 17 rivals can boast. Bred in Kentucky by Dr. Naoya and Marie Yoshida's Winchester Farm, the half-brother to GSW Air Almas (Majestic Warrior) and to the useful Air Fanditha (Hat Trick {Jpn}) is the lone member of the Kikuka Sho field to have won a race past 12 furlongs, having led throughout to take a second-level allowance over a mile and five-eighths at Sapporo Aug. 21.