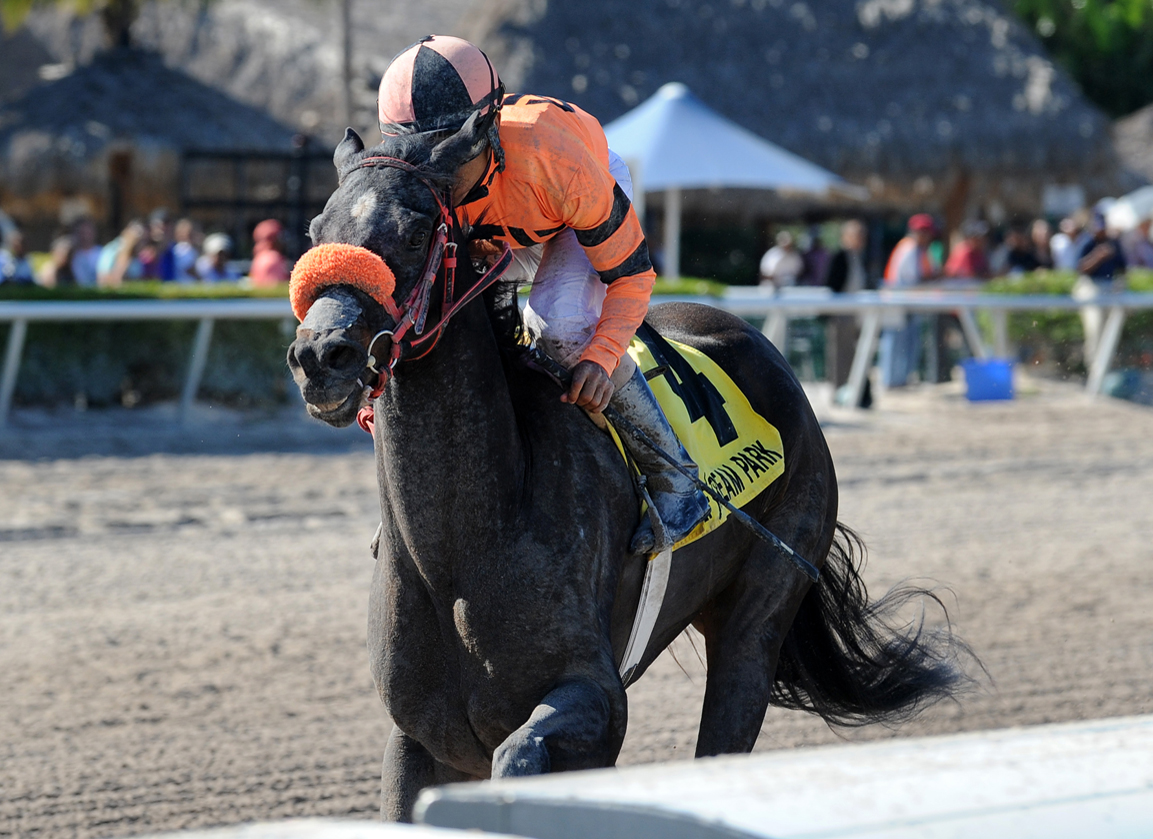 Split divisions of juvenile filly sprinters get the Saratoga baby race season underway on opening day Thursday, with this latter half appearing to be clearly the saltier spot on paper. Heads turned when a filly by thus-far unheralded freshman sire Valiant Minister hammered for $360,000–120 times the Bridlewood Farm resident's stud fee–at OBS April, but one viewing of OUTFOXED's breeze-show effort quickly explains why. The dark bay barreled through a powerful :20 4/5 quarter-mile work, sparking a bidding war that ended with Solis/Litt as the last entity standing on behalf of LNJ Foxwoods. The Bill Mott trainee shows a modest local worktab, but did work a half-mile in :49 flat (3/12) from the gate on the Oklahoma training track June 25. Two other debutantes have live looks in Solasta (Goldencents) and Echo Zulu (Gun Runner). The former, owned by Jeff Drown and Don Rachel, is a half-sister to GISW Mia Mischief who cost $300,000 as a Fasig-Tipton Selected Yearling buy. The bay has breezed sharply for Jeremiah Englehart, including a best-of-31 bullet half-mile from the gate over this strip in :47 3/5 July 1. The latter, who goes out for L and N Racing and Winchell Thoroughbreds, is a half to last summer's GI H. Allen Jerkens S. hero Echo Town (Speightstown) and GSW J Boys Echo (Mineshaft). She sports a four-furlong gate bullet of her own, going the distance in :47 2/5 (1/44) June 15 at Keeneland. One of only two horses in the 10-horse group with racing experience, Pop-A-Top's Lady Scarlet (Union Rags) gets the slight nod on the morning line at 5-2 after showing good speed and finishing a clear second for Brad Cox in the opener June 4 at Churchill. TJCIS PPs