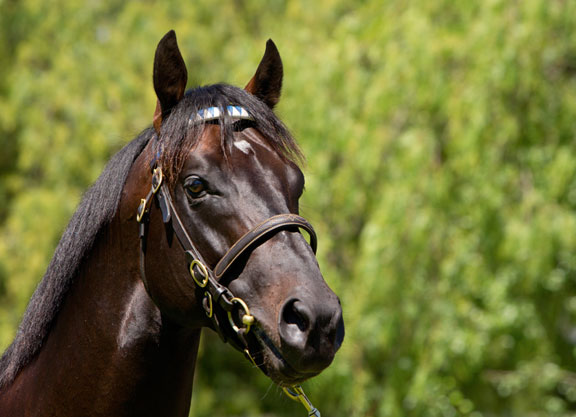 Compas Stallions is a growing force among the Irish stallion ranks, with its founder and owner Micheal Orlandi adding two young sires to his roster for 2019. Micheal manages five stallions in total with the addition of Smooth Daddy (Scat Daddy) and Kuroshio (Aus) (Exceed And Excel {Aus}), who both stand at Clongiffen Stud alongside My Dream Boat (Ire) (Lord Shanakill), whose first foals arrive this year. Orlandi speaks with TDN's Alayna Cullen about his new stallions.

TDN: Micheal, how did Compas Stallions come about?

MO: Well, this is going to be my fifth year in business. I started off originally with Compas Equine as a bloodstock agent and from there I went into Compas Stallions. This is my fourth year involved with stallions. The stallion who really started things off for me was Cappella Sansevero (GB) (Showcasing {GB}), who has his first crop of 2-year-olds in 2019.

I really enjoyed being an agent and I learned a lot and I had some excellent clients but I realized that the stallion market has a huge impact in the industry as a whole. If you were lucky enough, fortunate enough to come across a good stallion, you could impact the industry forevermore. I just thought, if I could get involved in the stallion industry and try and make it work, I definitely would enjoy it and it would be a challenge, so here I am now.

MO: We have Kuroshio, who is back from Australia. He had his first crop of runners in 2018. It was a very small crop but an exceptional crop. He had 22 live foals registered, 14 runners, six winners, and out of those six winners he had three black-type horses.

TDN: We want to know more about both horses but we will start with Smooth Daddy. When did he first come up on your radar?

MO: Smooth Daddy came on the radar last year but he wasn't for sale. We kept our eyes on him and then when I found out that he was available I went over to Kentucky to see him. It took us a while to get to the deal done, most of these can be tricky and difficult, but Pete Bradley was the person who was overseeing the deal and he was very helpful. We got the deal done and we are delighted to have him under the Compas banner.

MO: He's a good 16.1hh, plenty of size about him. He has plenty of length from the tip of his nose to the tip of his tail. A good girth to him, great bone, and he walks exceptionally well. He covers a lot of ground; he's a very loose-moving horse. I think if Smooth Daddy can breed his walk into his progeny they'll do very well.

TDN: Kuroshio is a horse that made quite an impression last year with his small crop of 2-year-old runners. Tell us about him.

MO: Kuroshio belongs to Darley. He went to stand at Overbury Stud late in the season when he went to stud first and he covered about 30 mares with 22 live foals. He's out of a Gone West mare, he has a fantastic pedigree and is by Exceed and Excel. His full-sister is the dam of Anthony Van Dyke (Ire), who we are hoping can boost the pedigree more as he is in all the Classics. In general I think he's a great fit for a commercial breeder. He's proven, too. As I said he had a crop of 22 live foals and from that he has had 14 runners, six winners, and three of them are black-type. Dunkerron (GB) was second in a Group 2 at Goodwood, and there was also Kurious (GB) who is in training with Henry Candy.

Billy Jackson-Stops was involved in making it all happen as his client is Mr Abdulaziz Al Rabban, who was very excited about Kuroshio. So we managed to get Kuroshio back to the Northern Hemisphere and we are excited about his future with Compas Stallions.

TDN: Being Australian bred you would imagine he is quite a strong horse. How would you describe him?

MO: Physically, he's a ball of power and muscle. It's hard to really fault him when he stands up in front of you. He measures 15.3hh, but he's plenty big enough. He's such an imposing horse with a huge presence about him. And he's a treat to have around the place, a bit of a personality. He ticked so many boxes it was a no-brainer to bring him up.

TDN: You mentioned earlier that Cappella Sansevero has his first crop of 2-year-olds this year. How are you feeling about that?

MO: It's an exciting year for Cappella Sansevero. He covered a lot of mares in year one and has some very nice 2-year-olds to run for him. Roger Varian bought the highest-priced yearling by him who is also a half-brother to Harry Angel (Ire) and then there are number of other good trainers who have 2-year-olds by him too. The likes of Ger Lyons, who trained Cappella Sansevero, Joe Murphy and then there are a few spread around the UK too. There's enough of them out there to see if he's any good. A friend of mine is breezing one by him this year and he thinks a lot of her, so look, we'll see. It's all in the lap of the gods now. But it is an exciting year. I suppose I learned a lot standing him and it is thanks to Cappella I'm where I am now.

TDN: You are standing three of your stallions at Clongiffen Stud this year. What is it like being based there?

MO: Robert, owner of Clongiffen Stud, is a great stallion man and the stud has a great history. It's a fantastic location, and when you look at the mare population around Ireland, we're in the middle of it. We aren't far from main roads, very close to the M50 and N7 that really connects the whole bloodstock industry from the south up to the north Leinster. The facilities are fantastic here and you can really tell that Robert and his wife, Ciara, really care too. Working with Robert, Ciara and of course Billy with Kuroshio is very exciting as we're all around the 30 mark. We're all hoping and dreaming big together.