Colin Keane Makes History On Power Under Me 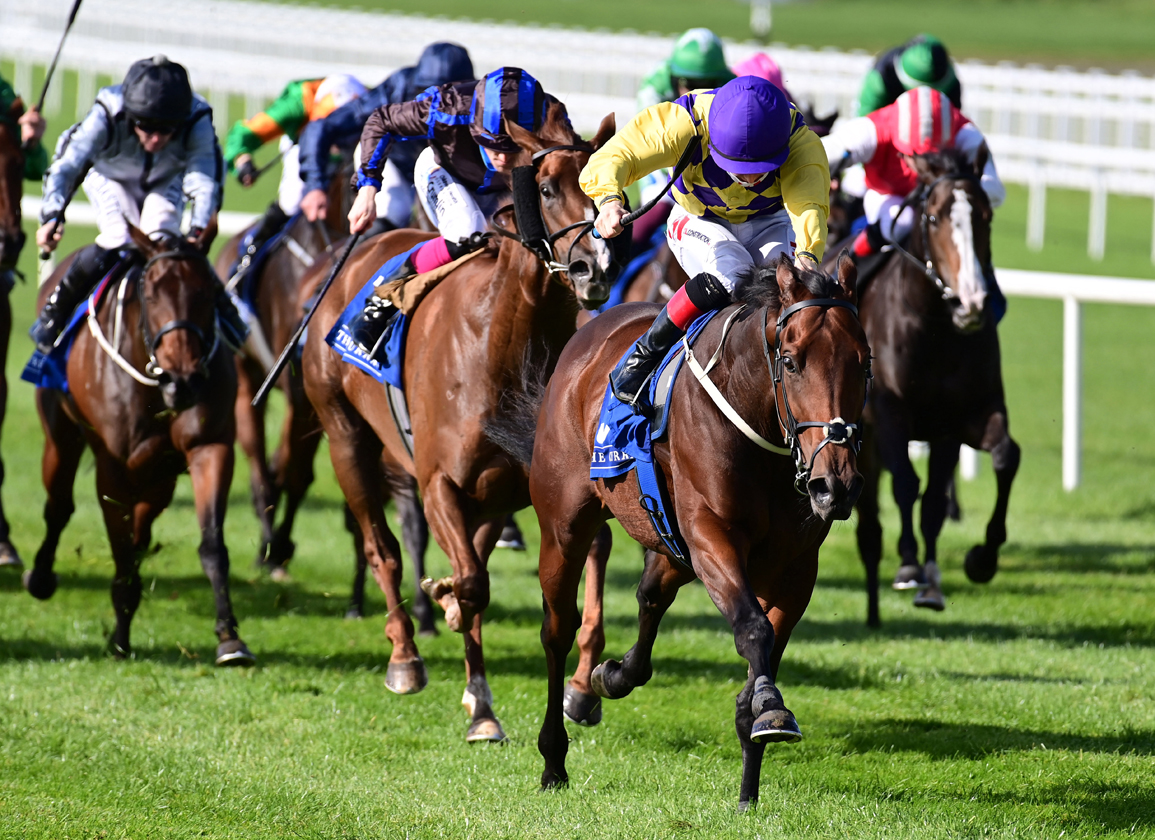 Irish racing's new jockey sensation Colin Keane bypassed Joseph O'Brien's Irish Flat Championship record of 126 winners in a season on Sunday when steering Power Under Me (Ire) (Mehmas {Ire}) to success in the Listed Hatstone Solicitors Waterford Testimonial S. at The Curragh. Third before being promoted to second behind A Case of You (Ire) (Hot Streak {Ire}) in the G3 Lacken S. over this trip at Naas May 16, the bay was third tackling an extra furlong in the G2 Minstrel S. here July 18 and runner-up in the G3 Phoenix Sprint S. over this course and distance Aug. 8. Dropping his level when sixth in the Sept. 25 G3 Renaissance S. again over this track and trip when last seen, the 15-8 favourite proved a relatively straightforward conveyance for Keane's historic 127th by racing near the pace and taking control before two out en route to a 2 3/4-length defeat of Teresa Mendoza (Ire) (Territories {Ire}).

“We've been getting close to it slowly but surely, I've had plenty of seconds in the last two weeks,” the rider said. “It was great to level it for the boss and then to go and beat it for the boss is even better. It hasn't sunk in and probably won't until we start on zero next year and we're looking back on it. We try to beat every year's tally, we mightn't have a year like this again for a while so we'll appreciate it while it's here.”

Ger Lyons commented, “Colin is a credit to himself, his family and the whole racing industry. He's a fine example of what a champion jockey should be. He keeps himself to himself and lets his riding do the talking. You see Billy Lee going over to shake his hand after the race and that tells you all you need to know about the huge respect he has in the weighing room. He's just a genuinely good guy. The industry is full of people trying to make heroes out of x, y and z but Colin has done it his way, the old-fashioned way, his riding doing all the talking. Every winner he rides from now until the end of the season is going to be a record and, you know what, next season he will want to better whatever total he finishes with this season so he is going to keep us on our toes!”