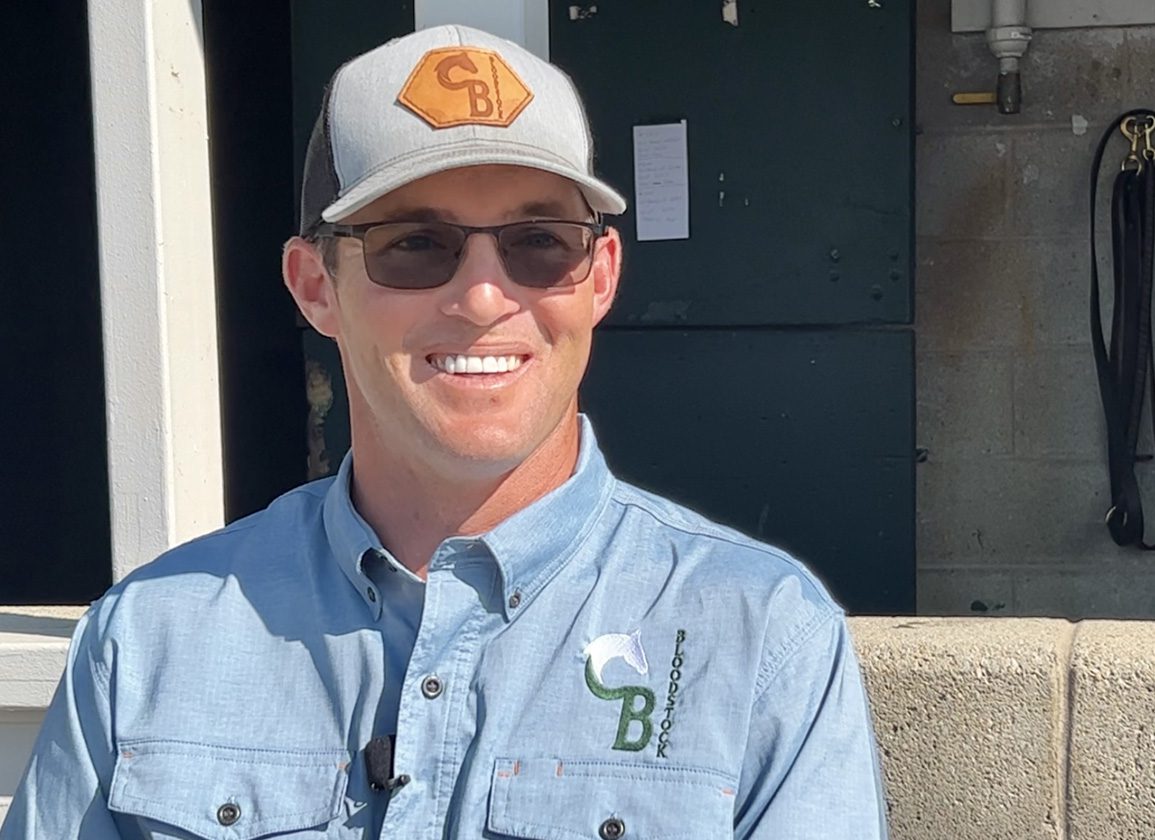 Colin Brennan hit a home run with the first horse to represent his consignment during its inaugural appearance at the Keeneland September Sale when he sold a $55,000 pinhook for $100,000 during the eighth session of the sale.

Before the yearling went through the ring on Tuesday, Brennan walked alongside his pinhook prospect for the long trek to the sales pavilion and discussed how he was first drawn to the filly after working with her half-sister at his father Niall's training operation.

“Dad and I pinhooked her sister Very Scary (Connect) last year and she had quite a bit of ability,” Brennan explained. “Then I saw this one at Keeneland November and she fell within our price range. She was a bit immature and narrow at the time, but looked like she had the potential to grow into a pretty filly. She has really blossomed and of course you can't go wrong with Flatter.”

Brennan was greeted by a chorus of well-wishes from fellow horsemen as the filly entered the back walking ring. The consignor has already sold at various auctions in the past two years, but he didn't deny that there is something special about offering his first horse at Keeneland September.

“We're in the big leagues now,” he said with a smile before the filly stepped into the sales ring. “It's always on a young consignor's to-do list to be able to sell at Keeneland, so this is pretty cool”

Hoping to get within a target range of $75,000 to $100,000, Brennan was more than content when the filly hit six figures and sold to Granpollo Stables. Later in the sale, Colin Brennan Bloodstock sent four additional yearlings through the ring including an Audible filly that Brennan pinhooked at Keeneland November for $35,000 and sold during Book 4 for $95,000.

Establishing a consignment of his own has been a dream come true for Brennan, who can pinpoint the exact moment when he decided he wanted to follow in his father's footsteps by making his career in racing. 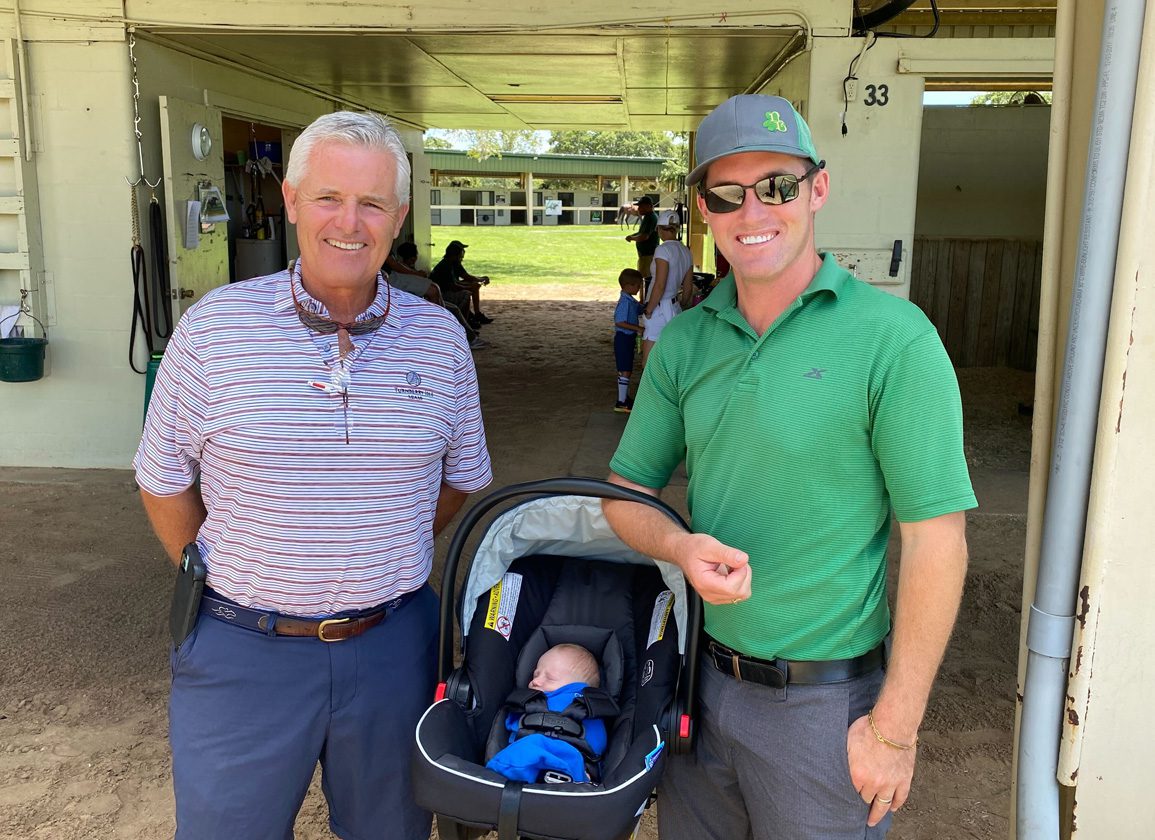 “I remember working the Miami Calder sale with my dad when I was 13 and I told him that this is what I wanted to do for a living,” Brennan recalled. “Growing up, it has always been a family affair. My mom [Jolane Weeks] was a large Florida breeder and we would foal out 100 to 150 head of mares each year. I grew up working a lot with her, but also at my dad's farm doing the 2-year-old sales. I learned a lot from both of them.”

After graduating from the Godolphin Flying Start program a decade later, Brennan joined Stonestreet Stables as a traveling assistant trainer for several years and then returned home to Ocala to be an assistant trainer at Niall Brennan Stables.

While working for his father, Brennan began pinhooking a few weanlings to yearlings of his own. On top of helping develop the 2-year-olds each day, he would hand walk all of his yearlings himself, often putting in over 30 miles on foot under the Florida sun every day.

“It was exhausting,” he said with an easy laugh. “There weren't enough hours in the day. Eventually when my son was born, that was the ultimate deciding factor. I had started buying more and more weanlings to yearlings and I thought that this was more of a conducive lifestyle to be with my family.”

While focusing on his own operation does allow Brennan a touch more flexibility, he said he has always been drawn to the yearlings in particular.

“I enjoy raising horses and seeing the changes that they go through,” he said. “I like being able to shape them physically and mentally and have an impact on their development. This was always something that I thought I would like to give a try, and I'm still able to go visit at Dad's and have some useful input at the 2-year-old sales.”

Brennan credits his father and Mike Ryan for the eye he has developed for scoping out future stars.

“I think of all the influences I've had, they would be the two biggest in terms of sales and selecting horses,” he explained. “It's about [looking for] an overall quality in their mindset and their demeanor. I look for an active, fluid mover that gives you a good energy. Of course you also have to understand who your end user will be and envision where they would fit in the market, but ultimately I'm looking for a big mover with a real athletic feel to them.”

With his first Keeneland September consignment under his belt, Brennan said he hopes his operation continues to grow from here.

“Long term, I would like to increase the quality,” he said. “I don't ever want to be a very large consignment. I would like to keep my numbers well under control and be able to offer quality over quantity at the major sales. I hope to be able to provide people with confidence that we've raised and prep a good horse.”