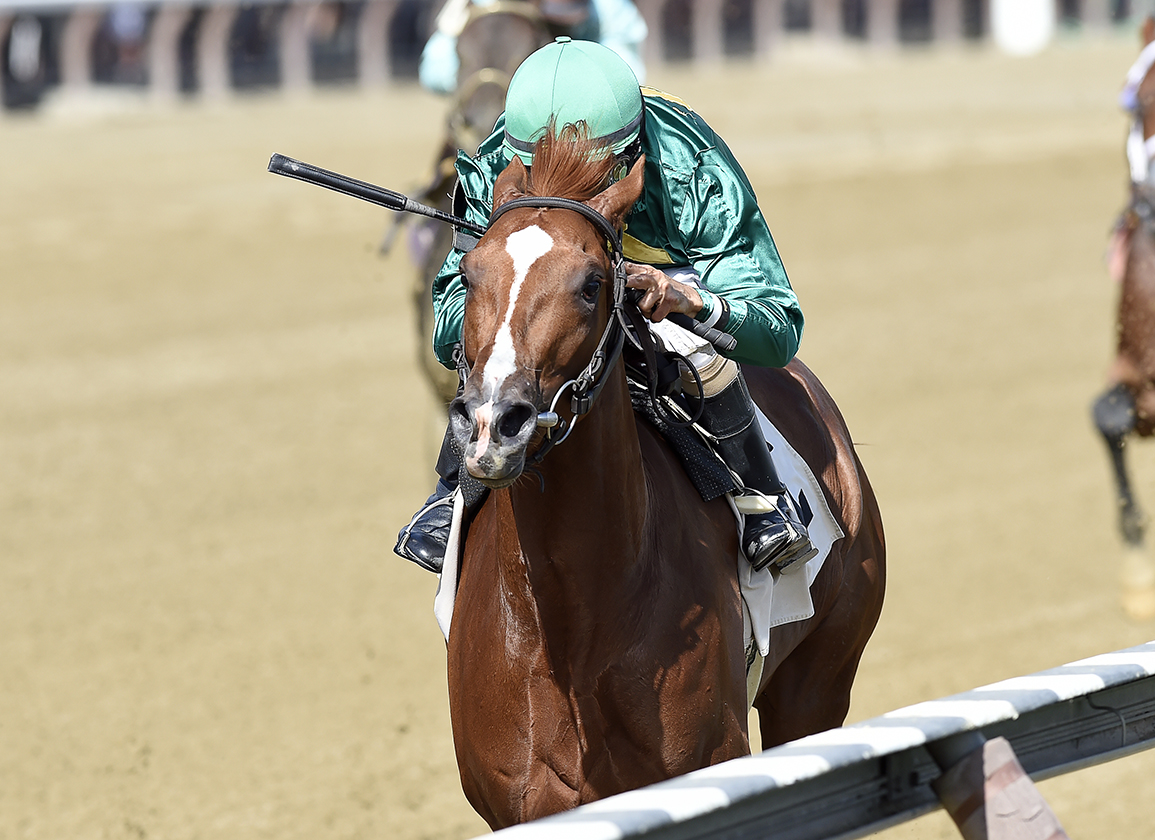 With a stud career at Lane's End just a few short months away, MGISW Code of Honor (Noble Mission {GB}) looks to add to his already formidable resume Saturday in Keeneland's GII Hagyard Fayette S. Winner of the 2019 GI Runhappy Travers S. and GI Jockey Club Gold Cup, the Farish homebred captured the GIII Winchester S. in 2020 and placed in several other stakes, including the GI Clark S. Fifth in his seasonal bow in the GI Pegasus World Cup Jan. 23, the chestnut scored a facile victory in the GIII Phillip Iselin S. Aug. 21 and was fourth when last seen in the GI Woodward S., which was run at Belmont Oct. 2.

One of his biggest competitors in this event will be the 3-year-old King Fury (Curlin), who enters off a 13-length demolition of the Bourbon Trail S. at Churchill Sept. 25. Winner of the GIII Stonestreet Lexington S. Apr. 10, the $950,000 FTSAUG buy was a close second in the GIII Ohio Derby June 26. Trainer Ken McPeek was forced to call an audible when a barn quarantine kept King Fury out of the GII Jim Dandy S. and tried him on turf, resulting in a 10th in the Saratoga Derby Invitational S. Aug. 7. He was fifth in the Travers 21 days later.

Independence Hall (Constitution) looks to return to winning ways in this spot. Fourth in the GI Santa Anita H. Mar. 6, he was third in the GII Californian S. Apr. 17 in Arcadia. The dark bay checked in fifth in the GI Pacific Classic at Del Mar Aug. 21 and was second to leading GI Breeders' Cup Classic contender Knicks Go (Paynter) in the GIII Lukas Classic Oct. 2.