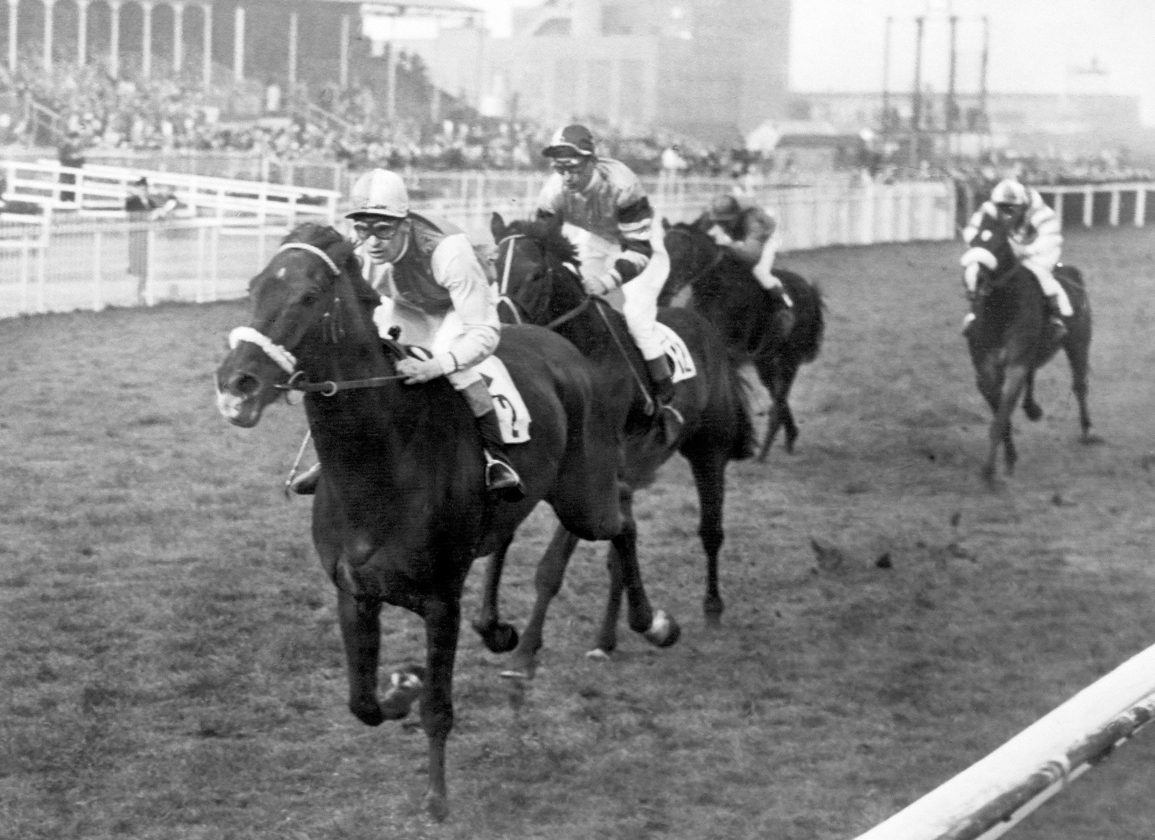 Former top jockey Jimmy Lindley has died. He was 86. One of the top jockeys in the UK in the 1960s and 70s, Lindley rode three British Classic winners, as well as the 1960 King George VI and Queen Elizabeth S. winner Aggressor (GB) (Combat {GB}). He suffered from weight issues throughout his career, and periodically rode over National Hunt fences, as well. His best performance over jumps was running third aboard Retour De Falmme in the 1958 Champion Hurdle. In 1974 when 39, Lindley hung up his saddle and joined the BBC's racing team as a paddock judge. He would serve in the role for nearly 30 years.

“I worked alongside him in the paddock for the BBC for the best part of a decade,” said Lindley's colleague Jim McGrath on the Nick Luck Daily Podcast on Wednesday morning. “Jimmy was a lovely bloke, very old school, always immaculately groomed, always well-mannered, ever polite and very loyal–and in his time, of course, a first-class jockey.

“He rode some of the very good horses of his era. He won a King George, he won three Classics and he rode for Jeremy Tree.

“He famously partnered Aggressor for Towser Gosden to win the King George (in 1960) and Towser trained Charlottown (GB) (Charlottesville {GB}) [1966 Derby winner] who Jimmy rode early in his career.”

Lindley's trio of UK Classic victories were with Only For Life (GB) (Chanteur II {Fr}) and Kashmir II (Ire) (Tudor Melody {GB}) in the 1963 and 1966 2000 Guineas, respectively; and Indiana (GB) (Sayajirao {GB}) secured the St Leger with Lindley aboard in 1964. Other Classic triumphs for Lindley include a victory in the Irish Oaks in 1961 with Ambergris (Fr) (Sicambre {Fr}), and the Italian equivalent with Dolina (GB) (Saint Crespin III {GB}) in 1967. In addition, he rode Flat legend Brigadier Gerard (GB) (Queen's Hussar {GB}) on the gallops for trainer Dick Hern in the early 70s. When he retired, Lindley had accrued 882 Flat winners in Britain and 25 in the National Hunt sphere.

Added McGrath, “He had a very long history in racing, he had weight worries which forced him over hurdles and he actually finished third in the 1958 Champion Hurdle.

“He was associated with some major stables–Jeremy Tree and Guy Harwood–he was also the man who went to Kentucky to recruit Steve Cauthen for Robert Sangster. When Steve came over he was his mentor.

“He rode against Joe Mercer, Lester Piggott, Edward Hide and Scobie Breasley. He may have been old school but because of that he was always professional.

“While he may be remembered by younger followers for his work on TV, for which he had a unique style. His English grammar did not always match his high standards of observations around the paddock, but nevertheless he was well liked.”

Lindley is survived by his wife, Pat, and sons Bruce and Mark.