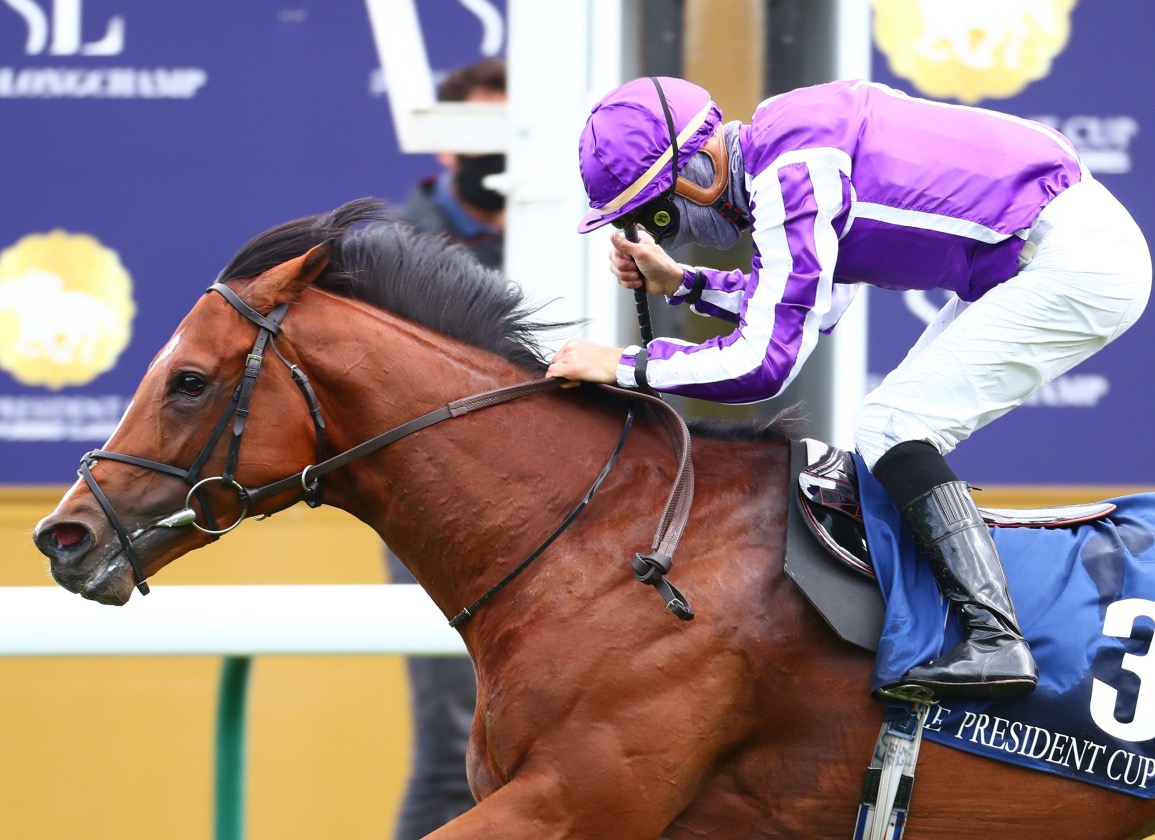 Five-time Group 1 winner St Mark's Basilica (Fr) (Siyouni {Fr}–Cabaret {Ire}, by Galileo {Ire}) has been retired from racing and will stand at Coolmore Stud in Ireland in 2022. A fee will be announced later.

“He's the most exciting prospect we've retired from Ballydoyle since his late grandfather Galileo,” said Coolmore's David O'Loughlin of the son of G3 Silver Flash S. heroine Cabaret. “European Champion 2-Year-old, the highest-rated 3-year-old in the world, a 1,300,000-guineas yearling by a top sire in Siyouni, a half-brother to another brilliant horse in Magna Grecia, both out of Galileo's group-winning 2-year-old Cabaret. He has everything and he'll get terrific support from his owners' broodmare band too.”

“St Mark's Basilica is possibly the best horse we have ever had in Ballydoyle,” added trainer Aidan O'Brien. “He relaxes and quickens and has all the determination from Galileo and all the speed from Siyouni.”