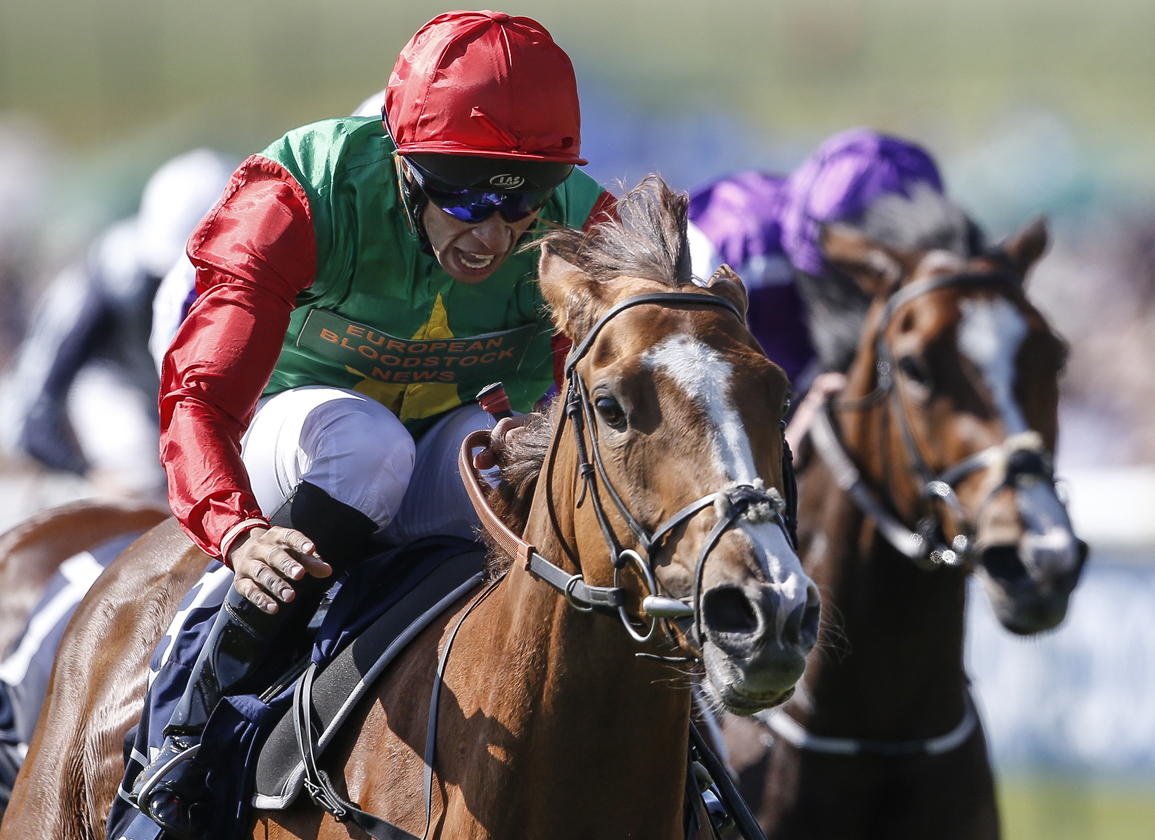 Two-time Group 1 winner Billesdon Brook (GB) (Champs Elysees {GB}-Coplow {GB}, by Manduro {Ger}) has died at the age of seven, according to published reports. The daughter of the placed Coplow is a half-sister to the listed winner Billesdon Bess (GB) (Dick Turpin {Ire}) and won the G1 QIPCO 1000 Guineas in 2018.

Bred by Stowell Hill Partners and raced by Jeanette McCreery, the Richard Hannon trainee won the G3 Prestige S. at two and shocked Newmarket with a 1 3/4-length win in the Guineas at 66-1. Kept in training at four, the chestnut added Goodwood's G3 Oak Tree S. that August and attained her second top-level ring in the G1 Sun Chariot S. later in 2019. Although she did not win in 2020, she did deliver several credible efforts in defeat when second in both the G1 Falmouth S. and G3 Atalanta S. Retired with a mark of 26-7-7-3 and $982,087 in earnings, Billesdon Brook visited Dubawi (Ire) in 2021 and foaled a colt on Jan. 27.

“We are all deeply saddened by the loss of Billesdon Brook,” trainer Richard Hannon tweeted. “She was an absolute pleasure to be involved with and meant a great deal to everyone in the yard. She did so much for us and made us all very proud. Our thoughts are with her owners and their excellent staff.”