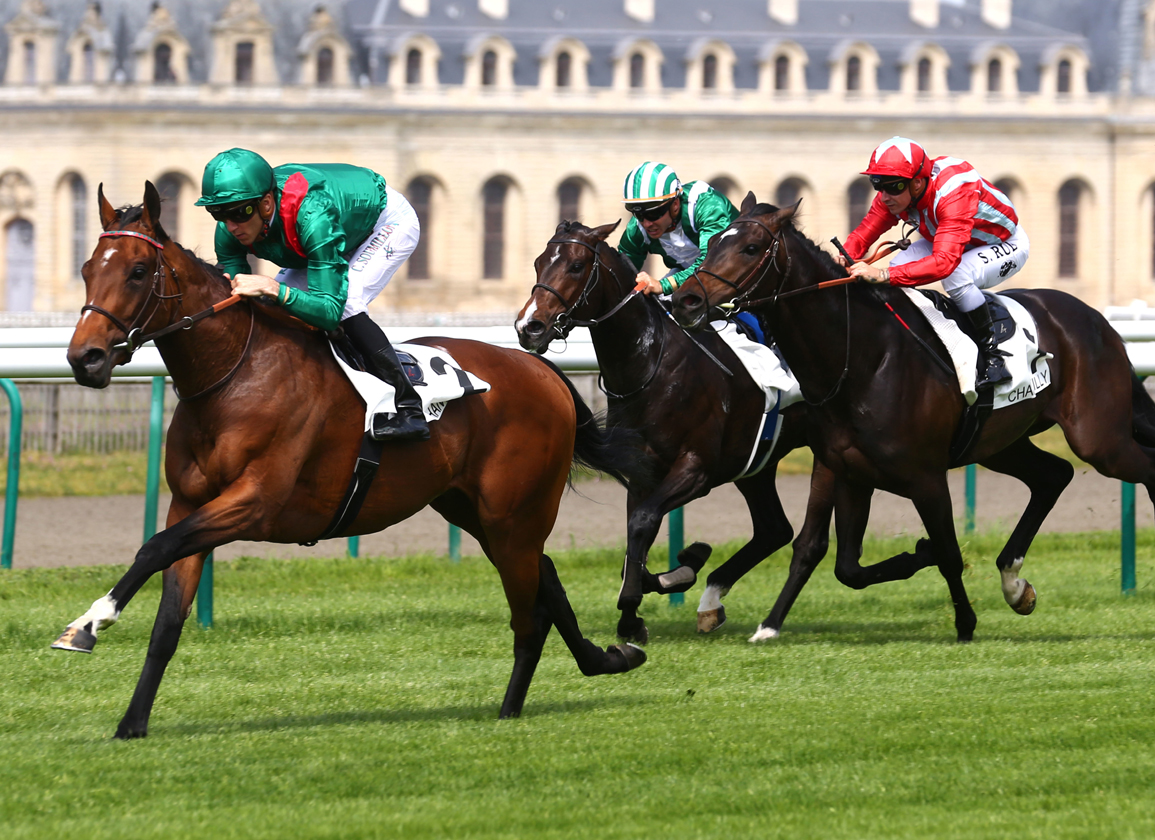 His Highness The Aga Khan's Vadeni (Fr) (Churchill {Ire}), winner of last term's Listed Criterium du Fonds Europeen de l'Elevage, was a class above his rivals in Tuesday's G3 Prix de Guiche and laid down a marker for next month's G1 Prix du Jockey Club with an impressive 2 1/2-length success in the nine-furlong Chantilly feature. The homebred bay had previously opened up with a July 21 debut score at Bordeaux-Le Bouscat and closed his three-race juvenile campaign with a third in this venue's Sept. 29 G3 Prix de Conde. He went postward as the even-money favourite, coming back off a close-up fifth in last month's G3 Prix de Fontainebleau at ParisLongchamp, and settled off the tempo in sixth through halfway. Making smooth headway on the bridle in the straight, he quickened smartly for control entering the final furlong and was pushed out in the latter stages to easily account for Machete (Fr) (Myboycharlie {Ire}), who finished a short neck ahead of Implementation (Constitution).

“The pacemaker [Kotari] did a great job and, watching the race, I was awfully confident,” said trainer Jean-Claude Rouget after adding a another string to his Classic bow. “Vadeni was perfectly relaxed and that's want you want with him. He's not complicated, he just needs to be in the right rhythm and ridden from behind. In the [G3] Prix de Conde last year, I feel that Christophe [Soumillon] put him in the race too soon and committed too early. He had run a good race in the [G3 Prix de] Fontainebleau, that was just to get him going again and we already had this race in mind. I think it is the perfect prep for the [G1] Prix du Jockey Club, nine furlongs before stretching to the 10 1/2 furlongs. I have won it many times, including with Almanzor, and the timing is perfect. We now have to see how the two [Lassaut and Welwal] will fare on Sunday in the [G1 Poule d'Essai des] Poulains. We also have Al Hakeem who won the [Listed] Prix de Suresnes. The stable will be well represented in the Jockey Club.”