Churchill, Keeneland Plans for New Racing Facilities Up in Air 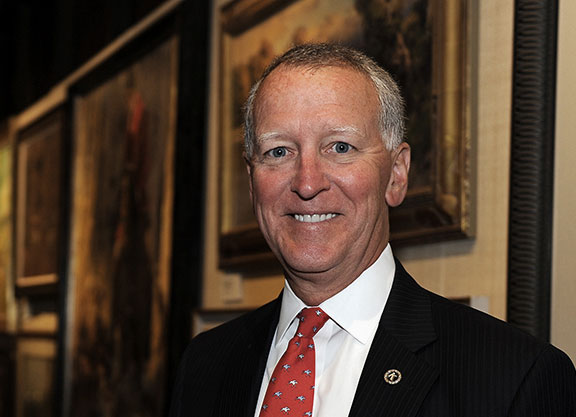 The plan, which would require KHRC approval, would call for state-of-the-art facilities to be built in Corbin in southeastern Kentucky and in Oak Grove in the southwestern part of the state, the Corbin facility to host live Quarter Horse racing, while the Oak Grove location would host Standardbred racing.

“Horse racing is a $4-billion industry in the Commonwealth that creates thousands of jobs, strengthens our statewide economy and attracts millions of visitors from around the globe,” said CDI Chief Executive Officer Bill Carstanjen. “Churchill Downs and Keeneland share a deep commitment to making Kentucky’s horse racing industry the very best version of itself, and the new racing facilities in Corbin and Oak Grove will help us achieve this by generating much-needed funds to increase purses and breeders’ incentives.”

Keeneland President and Chief Executive Officer Bill Thomason added, “Keeneland is excited to partner with Churchill Downs on this initiative which builds upon our mission to strengthen the sport and create new opportunities for horsemen and fans. Not only will these racing facilities strengthen Kentucky’s vital horse industry, but just as importantly, they will positively impact the Commonwealth and the local communities by stimulating significant economic grown, generating hundreds of new jobs and enhancing tourism and hospitality.”

The proposal was also quick to draw additional criticism from officials at Kentucky Downs, which operates a five-day boutique turf meeting, as well as year-round historical horse racing and simulcasting in Franklin, located on the border between Kentucky and Tennessee.

“We are disappointed at the announcement of Churchill Downs and Keeneland’s plans to pursue a racetrack license in Oak Grove,” Kentucky Downs president Corey Johnsen said in a statement. “Nashville is the primary market for Kentucky Downs. A track a short drive away in Oak Grove would provide undue competition to Kentucky Downs’ already-established and successful historical horse racing, simulcasting and live-racing operations. It makes no sense to put a new track in an existing track’s market. We would never consider applying for a racetrack license in close proximity to Louisville or Lexington, such as Elizabethtown or Georgetown.”