CHRB Charges That Miller Was Actively Training During His Hiatus 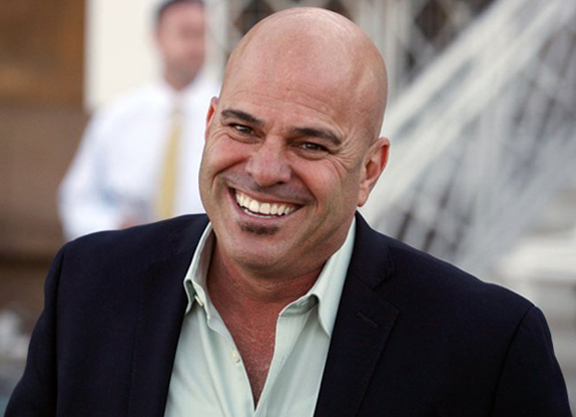 The California Horse Racing Board (CHRB) has filed a complaint against trainer Peter Miller, alleging that he was involved in the daily training of horses after they had been turned over to and put under the name of his former assistant Ruben Alvarado.

Alvarado has also been charged in a separate complaint involving the same allegations.

In November, Miller announced that he was taking a “temporary hiatus” from training to spend “more time with my family, focus on overall health and wellness, and pursue other interests.” The announcement created speculation that Miller was stepping away because he had come under scrutiny for having five horses die under his care due to catastrophic injuries in 2021. But Miller insisted that his decision to stop training had nothing to do with any factors other than his feeling that he needed time away from the sport.

Miller made his last start in 2021 on Nov. 28. The majority of his stable was then placed under Alvarado's name and Alvarado made his debut as a head trainer Dec. 3.

The CHRB is now charging that Miller never fully stepped away. According to the complaint, between Dec. 23, 2021 and Mar. 24, 2022 Miller “engaged in behavior consistent with the duties of a trainer at the San Luis Rey Training Center with horses in the barn of Ruben Alvarado.” The CHRB has charged that Miller entered horses, conducted endoscopy exams, gave instructions to riders, examined horses, consulted with veterinarians, controlled and accessed bank accounts belonging to Alvarado Racing Stables, assigned jockeys and created training charts.

In the complaint issued against Alvarado, the CHRB wrote that Alvarado acknowledged that he was aware that Miller had continued to handle many of the training duties regarding the running of stable. It was also noted in the complaint that Alvarado did not set up a stable bank account independent of Miller, which was required per the Stewards's direction.

The complaint was issued May 23. Miller has been notified to appear before the stewards at Los Alamitos June 20. Alvarado's hearing in set for July 18 at Los Alamitos. Should the stewards rule that Alvarado and/or Miller did in fact conspire to allow Miller to train behind the scenes, it is not clear what the penalty might be. However, the complaint acknowledges that the stewards are empowered to impose a number of penalties, including a suspension of that person's license.

Miller did not respond to a text seeking comment Wednesday.

Last week, Miller entered a horse under his own name at Churchill Downs and said he was ready to return to training. The horse, Respect the Code (Honor Code), finished sixth in a May 29 allowance at Churchill. Miller said that Respect the Code was the only horse he had in Kentucky and that his main focus upon his comeback would be the upcoming Los Alamitos and Del Mar meets in California. 1/ST Racing has said little about Miller's status at Santa Anita. Alvarado has horses entered at Santa Anita on Friday and Saturday. Alvarado has compiled a record of 23 for 134 (17%) and won this year's GIII Las Cienegas S.