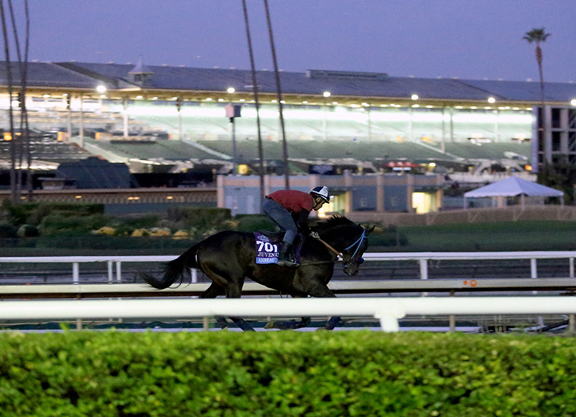 Scott Chaney, since 2005 a well-respected steward in the state of California, has been appointed the executive director of the California Horse Racing Board. Chaney, whose first day on the job was Apr. 16, replaced Rick Baedeker, who retired Mar. 31.

“When I became a steward, I saw my role as enforcing the rules in order to create a safe and fair environment for horses and licensees, as well as to protect the wagering public,” said Chaney. “As executive director my duties become more expansive, but my basic role remains the same. Integrity, safety, and animal welfare are our principal concerns, especially in these challenging times.”

A native of Maryland, where his parents dabbled in horse ownership at the local tracks, Chaney groomed horses on summer break from the University of Southern California Law School. He did his undergraduate studies at Dartmouth. After his law school graduation, he worked as an assistant to trainer Darrell Vienna. Chaney remains a member of the California Bar.

CHRB commissioners and executives fast recognized Chaney's talents and would assign him to complex legal case, research and analysis of subject matter beyond the normal duties of a steward.

“I have known Scott since he first arrived at the racetrack,” said CHRB Chairman Greg Ferraro. “I have followed his career and know him to be a person with an excellent mind, fair in his judgments, and totally committed to the integrity of horse racing. I look forward to working with him in his new position, and I know he will do a great job.”

Chaney will work out of Sacramento, but his relocation could be delayed due to the ongoing COVID-19 pandemic and the statewide stay-at-home order.