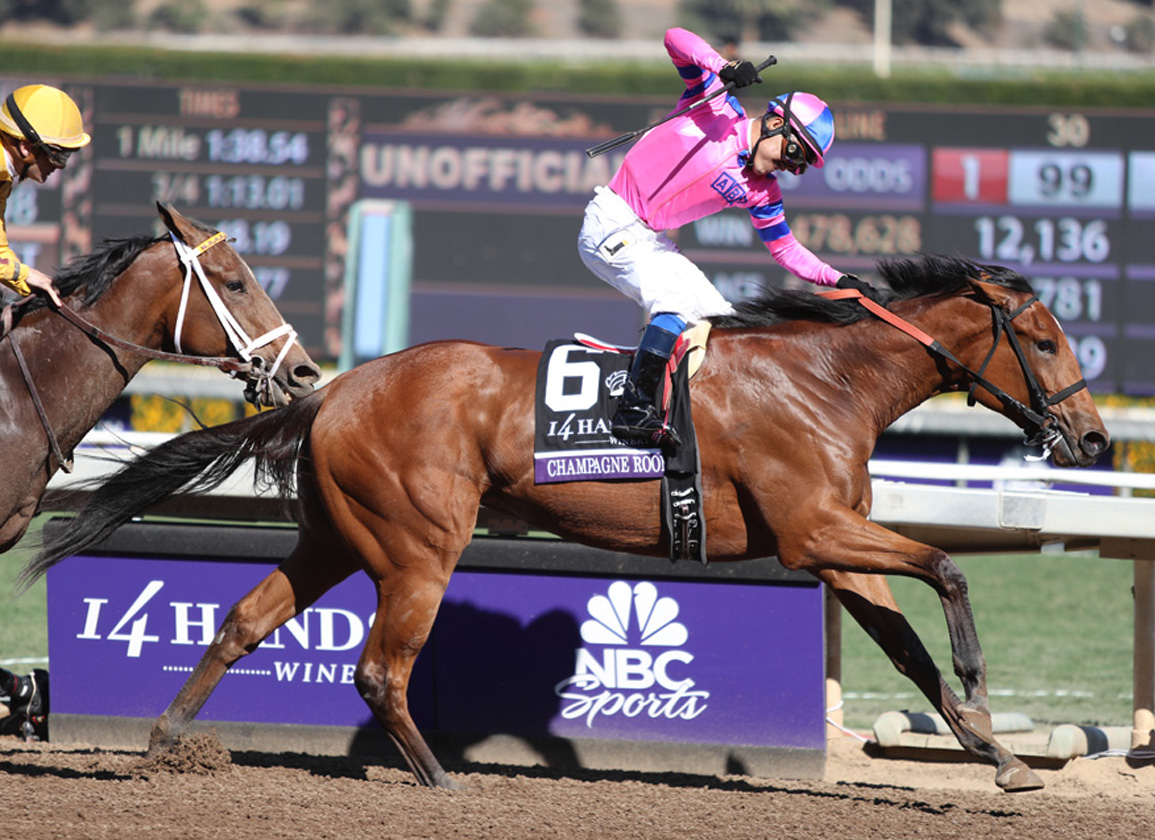 In this continuing series, Alan Carasso takes a look ahead at US-bred and/or conceived runners entered for the upcoming weekend at the tracks on the Japan Racing Association circuit, with a focus on pedigree and/or performance in the sales ring. Here are a pair of fillies by American Pharoah for this Saturday running at Hakodate and Hanshin Racecourses. Notable American-breds entered for action Sunday will appear in Saturday's TDN:

8th-HSN, ¥14,670,000 ($111k), Allowance, 3yo/up, 1800m
CORDON ROUGE (f, 3, American Pharoah–Champagne Room, by Broken Vow) just failed at odds-on going this distance on Chukyo debut Mar. 13, but got it right last time, carrying the visiting Damian Lane to a popular four-length graduation at that same track and trip (see below, SC 10). The bay is the first foal from her dam, who secured an Eclipse Award with a victory in the 2016 GI Breeders' Cup Juvenile Fillies. Champagne Room's Japan-based 3-year-old half-brother Fidele (Jpn) (Kizuna {Jpn}) was third at Group 3 level last term and is listed-placed this season. B-Northern Farm (KY)