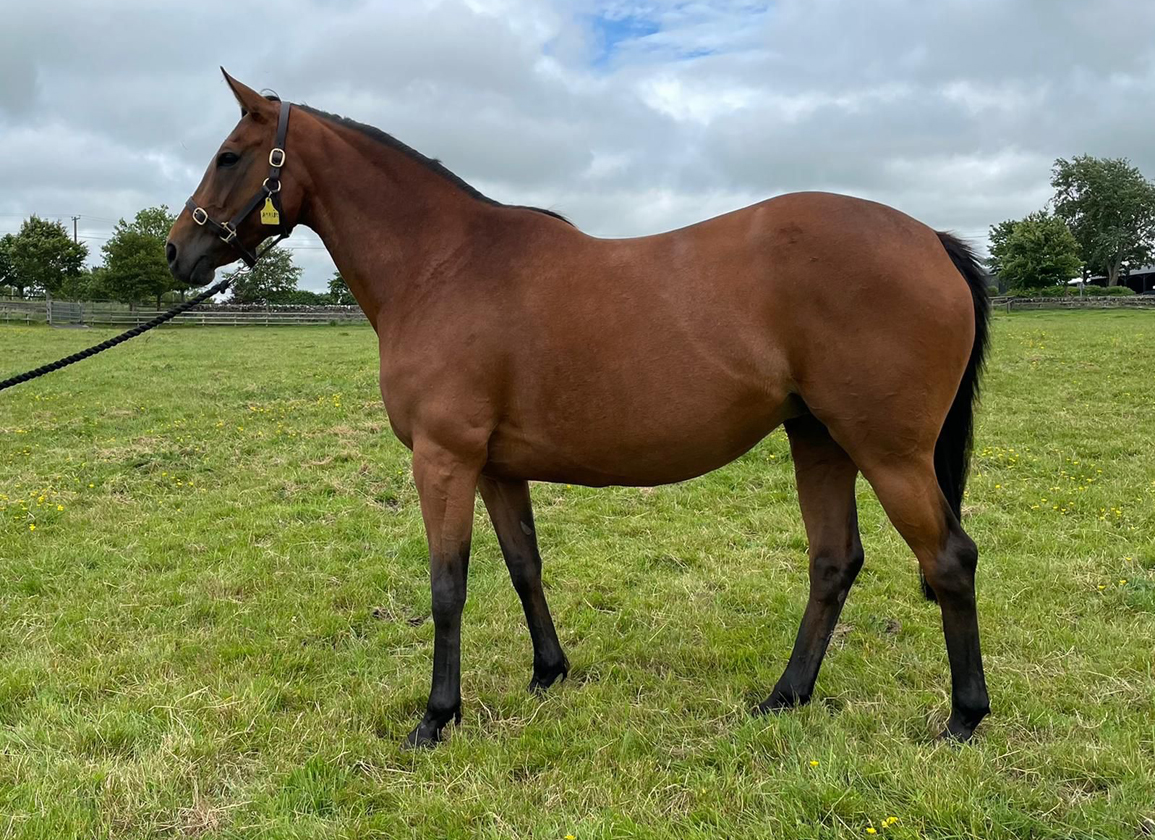 Atalis: the dam of Atalis Bay, who runs at Haydock on Saturday | Kevin Blake

What did you get up to during the lockdown? Did you finally build that patio that you promised you'd complete years ago? Maybe you took up exercising? Or did you go searching for a broodmare after one of her sons put up an eye-catching performance on the track only to find her pulling carts in Belgium and, after initially being told that she's not for sale, did you finally strike a deal for the price of a small second-hand car? Thought not.

Kevin Blake, the popular ITV racing pundit and breeder, didn't spend his lockdowns mowing lawns and racking up 5ks. Oh no, Blake's interests peaked in finding Atalis (GB) (Holy Roman Emperor {Ire}), the dam of Atalis Bay (GB) (Cable Bay {Ire}), after he posted a nice performance on his second start and it became something of a mission to track the mare down for the best part of a year.

However, not long after looking for the mare online, he knew that she wouldn't be easy to find after she was sold for just 800gns at a mixed sale at Tattersalls just six months before Atalis Bay burst onto the scene.

“Just one hour later, he comes back to me with, 'Kevin, I found your mare. She's in some sort of equestrian yard in Belgium, I think they might have her pulling carriages or something like that, but they don't want to sell her,'” – Kevin Blake

“The story began with a WhatsApp message from a good friend called Michael Wilson,” Blake explains. “We do a lot of work together to identify horses of interest on the track using data-based analysis. Back in August 2020, he flagged Atalis Bay after he ran a strong number when winning a maiden at Windsor for Marco Botti. He had only cost 800gns as a yearling, but had put up a stakes-class performance on Michael's numbers and was of obvious interest.”

Blake added, “It transpired that Atalis Bay himself wasn't for sale at that stage, but we noted that his dam Atalis had also been sold for just 800gns at Tattersalls the previous February. At the time she was a barren 9-year-old that had produced three foals of no apparent consequence until Atalis Bay showed up.

“I wasn't familiar with the listed buyer, so I contacted the bloodstock agent Michael Kelly who is a great man for tracking down horses in all sorts of places. I gave him the only details I had, the name of the mare and the buyer, set him loose and wished him the best of luck.

“Just one hour later, he comes back to me with, 'Kevin, I found your mare. She's in some sort of equestrian yard in Belgium, I think they might have her pulling carriages or something like that, but they don't want to sell her.'”

Any elation that came with tracking down a mare who had apparently drifted off the face of the earth was short-lived. Atalis's new owners were so smitten with her, they weren't for changing their minds, and the project was parked.

There were heads in hands when Atalis Bay won his next two starts but it appeared missing out on his dam was all for luck when he disappointed in the Cornwallis S.

No sooner had Blake given up on the idea of bringing the Belgium cart-horse back to Golden Farm in County Tipperary, Atalis Bay got his 3-year-old campaign off to a flyer in winning at Nottingham, and another chase ensued.

“We decided to have one more try,” Blake says. “Michael Kelly was again sent in pursuit of the Belgians and this time he had better news. 'They'll sell her, but only for a lot of money.'

This fella is less than a week old, but his hide-and-seek skills are developing fast! 🫣 pic.twitter.com/8Ig3I2qzfN

“Value is in the eye of the beholder and a price was soon agreed that was very agreeable to both parties, so she was on her way to Golden Farm.”

He added, “Michael Wilson took half of her, his first investment in a broodmare, and it wasn't long in bearing fruit. Atalis Bay came out a couple of weeks later to finish second to Winter Power (Ire) (Bungle Inthejungle {GB}) in a listed race at York and then won the Listed Scurry S. at Sandown. He has since changed hands and joined Robert Cowell for whom he will hopefully continue to thrive in stakes company.

“As well as that, prior to buying Atalis we had noted that Marco Botti had bought the yearling colt by Ulysses out of her and enquiries had revealed that he quite liked him. He was subsequently named Odisseo (GB) (Ulysses {Ire}) and has won four times and progressed up to a mark of 86 with the promise of more to come.”

There will be heightened interest to how Atalis Bay performs in the Listed Betfred Nifty Fifty Achilles S. at Haydock on Saturday (1.45) given the legwork that Blake and his compadres put in to get involved in the family.

The Belgian cart-horse, as she is affectionately known on Blake's Golden Farm, does not appear to be missing her old job, and has settled into life in Tipperary well.

Blake revealed, “Not long after she arrived in Ireland, we sent Atalis to Starspangledbanner (Aus) (Choisir {Aus}) and with all having gone well, she gave birth to a big, strong colt a few weeks ago. He already has enjoyed some fame, as I caught a nice video of him and Atalis in their stable that has reached over a million people on Facebook alone.”

He added, “Atalis is only 11 years of age and is a lovely mare in every way. She is clearly a very capable producer and we are looking forward to seeing where she takes us. While I'm not sure of how many carriages she actually pulled, she'll forever be known as the 'Belgian cart-horse' here!”