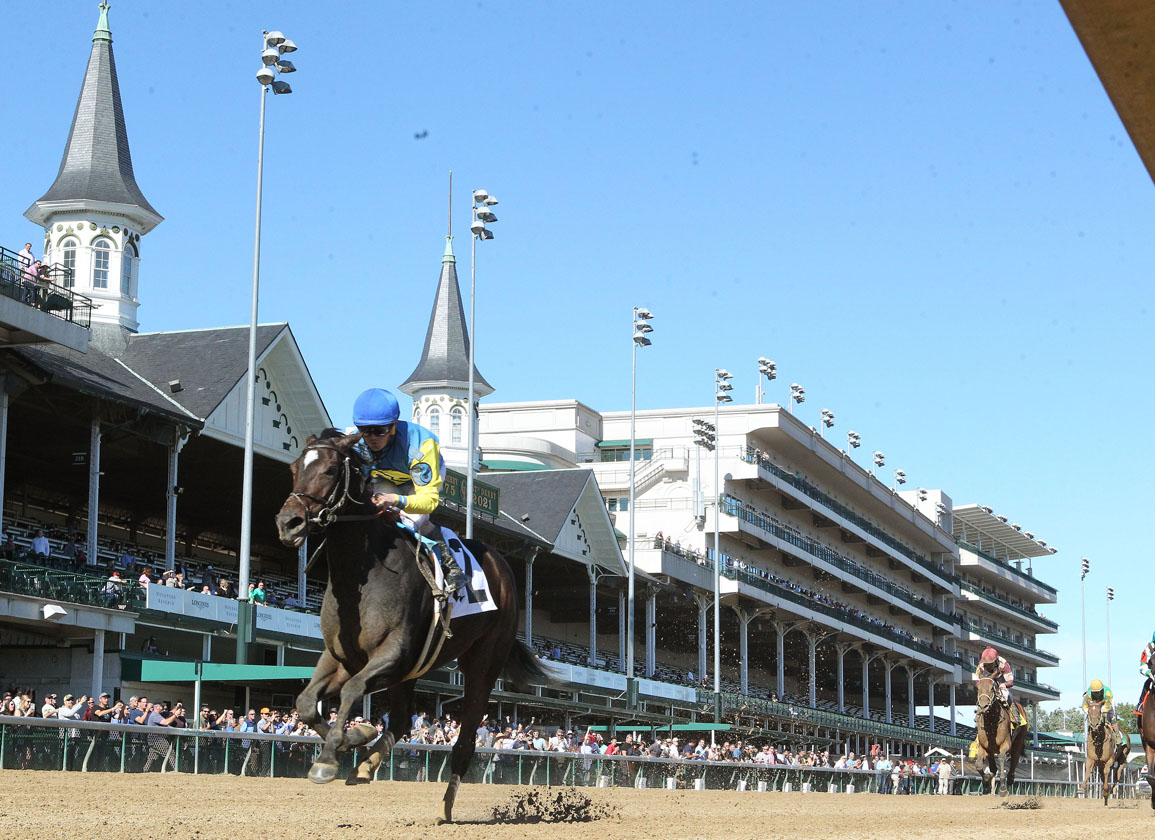 'TDN Rising Star' Carribean Caper ran her record to five wins from as many starts with a first victory at the graded level in Saturday's GIII Dogwood S. at Churchill Downs.

A midfield fourth through the opening exchanges, the $250,000 KEESEP grad was angled out into the clear with a bit less than a half-mile to race. Working her way into it nicely three wide approaching the quarter pole, Carribean Caper struck to the lead with a furlong and a half to go and sprinted home in complete command.

“She broke pretty well today and I was able to get her to the outside pretty easily,” pilot Colby Hernandez said. “I got her into a nice rhythm and she went on with it. Today's race was all her. All I had to do was hang on.”

An eight-length debut romper at Fair Grounds in February, Carribean Caper took the next step at Keeneland Apr. 2 before a brief freshening. She picked up where she left off in an Ellis allowance July 10, and earned a first stakes victory and career-best 89 Beyer Speed Figure when getting the job done in Ellis's Runhappy Audubon Oaks over this same distance Aug. 15.

“I was happy to see her leave the gate well and get to the outside. She's a really classy animal. I'm really proud to train her,” said trainer Al Stall, Jr. “We'll probably take a look at the [GII Lexus Raven Run S. at Keeneland] Oct. 23. Even further down the road maybe we could look at something like the [Dec. 26 GI] La Brea [at Santa Anita]. Maybe in the future I could see her stretch out, but right now she's doing so well sprinting and we'll try to keep her on that track.”

Carribean Caper is the 62nd graded stakes winner for her stalwart sire, and one of 23 graded winners for good broodmare sire Dixie Union. The Gone West over Dixie Union cross has been particularly potent with another Gone West line sire in Quality Road, who is responsible for three top-level winners out of Dixie Union mares.

Carribean Caper was an $825,000 Keeneland November in utero purchase–her speedy stakes-placed dam owned a 102 Beyer top and hails from the extended female family of A.P. Indy, et al. Checkupfromzneckup's now 2-year-old filly Bombdiggity (Into Mischief) was a $600,000 KEESEP purchase by Stonestreet who has been working towards a debut in Kentucky. Carribean Caper's yearling half-sister by Tapit was a $990,000 Fasig-Tipton Saratoga buy by West Point Thoroughbreds, Scarlet Oak Racing and NBS Stable. Carribean Caper produced a Quality Road colt Apr. 27 before being bred right back to that Lane's End stallion.