CARMA: Holding Its Own in Tough Economic Climate 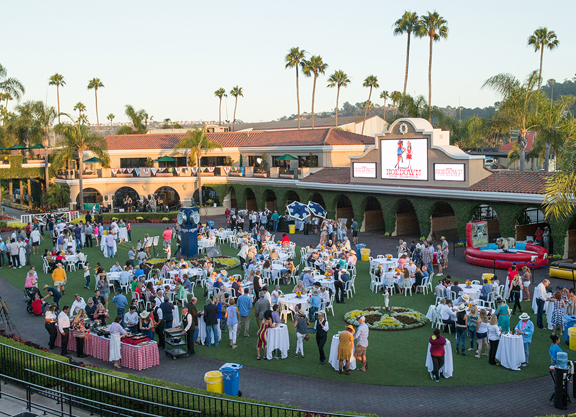 “We were just so overwhelmed by the support we got for CARMAthon by the racing community,” Lucinda Lovitt, executive director of the California Retirement Management Account (CARMA), said of a fundraising event held last year at Del Mar on Pacific Classic day. “Everybody on the board–especially those on the event committee–was blown away.”

Due to the fact that CARMA is primarily funded from purse contributions by owners, trainers and jockeys, a racing calendar decimated by the pandemic coupled with an already attenuated race-week meant the organization was facing a roughly 30% budget deficit for the year.

In the end, the CARMAthon raised approximately $120,000–an amount neither Lovitt nor her fellow board members dared to hope likely beforehand. And it meant that, come the end of the year, the organization was “able to hold its own” financially, she said.

Nevertheless, with the pandemic having set to daily life with a battering ram, busting apart an economic status-quo long underpinning the industry, CARMA is bracing for another fiscal rubble-field in 2021 by asking some tough questions of itself and the organizations it helps sustain.

“As we saw in 2019, it is critical for the racing and breeding industry to demonstrate that they have a plan for horses once they're finished with that part of their career,” said Lovitt. “The general public will accept nothing less than absolute assurance that we're taking care of these horses once they're done racing.”

At the same time, this component of the industry “still doesn't get the attention it needs and it still doesn't get the funding that it needs,” Lovitt warned. “We're still struggling to create real meaningful funding sources–continuous funding streams–for transitioning these horses from the racetrack to second careers and finding homes for them to live out the rest of their lives.”

Broadly speaking, CARMA is broken into three main parts. There's the grant component–the one funded through purse contributions–through which the organization meters out hundreds of thousands of dollars to various aftercare facilities each year.

In the benighted year of 2020, CARMA decorated about 20 different organizations with some $300,000 in total–the year prior, the total amount distributed was some $80,000 more.

“We had some very hard conversations about not only the immediate need of providing grants to aftercares that desperately need help, but also having to look at the long-term stability of the organization and being able to prepare for what may or may not happen in 2021,” said Lovitt.

The second component is their placement program, sustained almost entirely through The Stronach Group (TSG) matching the purse donations generated from races run at Santa Anita.

The gauntlet thrown down by a global pandemic, leading to a raft of closed doors, makes the organization's bread-and-butter hands-on placement work–akin to shaking hands and kissing babies–infinitely harder. Yet, CARMA managed to find new homes for nearly 50 horses, which is comparable to previous hauls–this, when the program halved the usual number of horses it manages at any one time from 20 to about 10. “Fifty horses [re-homed] when you've got only 10 or 12 at a time is great,” she said.

Still, being able to put eyeballs on horses on the backstretch and at lay-up facilities is “what we miss the most,” said Lovitt. “We miss physically being able to see and touch that horse–stand in front of the trainer and talk to them about that horse, taking pictures.”

“We needed an idea,” said Billy Koch, CARMA board member and the driving force behind the event. “So, I said, 'We need to raise money and we have to pretty much do everything virtually, why don't we do a telethon?' They used to do it in the past for charities.”

The idea to hold it on Pacific Classic day was Del Mar and TVG's, Koch said. “We were going to do it on the Sunday after,” he said.

As for the grand count, “I've got to tell you, the people of Del Mar and TVG and the entire horse racing community is to be credited,” he added. “They really stepped up.”

Which leads to the year upon us–one that has started as inauspiciously as the last one ended, with COVID-19's iron grip on the industry just as suffocating.

Will there be another CARMAthon this year? Maybe. But when it comes to fundraising, the trick, says CARMA board members like Koch, is to keep changing the menu all the while ensuring the ingredients are fresh.

“I don't like CARMA to run the same thing every year, only because you wear people out with the same events,” said Madeline Auerbach, who founded the organization roughly 12 years ago. “We're always looking for the next new, wonderful idea.”

But what if that wonderful new idea doesn't materialize as desired? The economic Sword of Damocles hovering over the industry the past 12 months has led Auerbach to a place of tough reflection.

“It made me realize how vulnerable we all are,” she said.  “I think last year is the first time I've really felt as if we needed an exit-strategy for the day that, if it comes when we don't have racing any more, how these horses are going to be supported.”

As such, Auerbach sees the role of a governing board–the group of individuals charged with guiding each individual non-profit aftercare–as foundation stones to the resiliency of each organization through the idea that the whole is greater than the sum of its parts.

“You're not going to last very long–you're not going to be around for very long–without a board capable of taking on the responsibility that most people who run rescues can't do,” she said. “When you're running a rescue, it's all you can do to make sure that the lights stay on and the horses get fed.”

As someone similarly slogging away from the trenches, Lovitt is only too starkly aware of what a vastly changed industry landscape means on a day-to-day basis for CARMA. And while donations are always going to prove a useful safety-net for the organization, there's an impermanence to charity that makes long-term sustainable goals slippery.

“What we're going to be looking at in 2021 are additional new–new to us–sources of continuous funding,” Lovitt said, pointing to what is currently an industry-wide remeasurement of the purse-strings.

“This is truly going to be a year in which aftercare, but I'm guessing the entire racing community, takes a long look at how things are funded,” Lovitt continued. “How do we pay for things? How do we continue doing the things that we do? We're going to have to take a long hard look at that.”