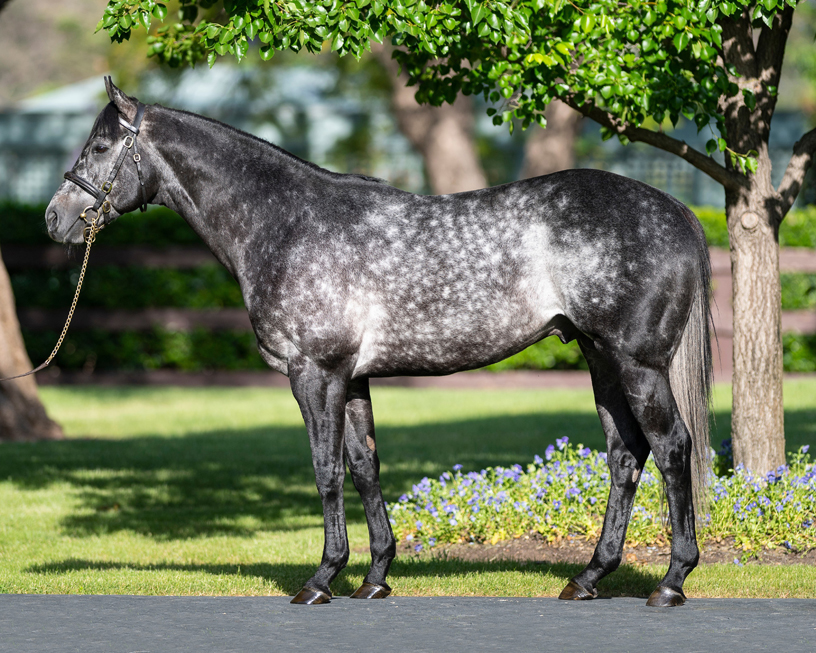 Stepping up to a mile and a quarter for the first time, Ballydoyle's Galleria Borghese (Ire) (Caravaggio–On Ice {Ire}, by Galileo {Ire}) showed the extra stamina requirement held no fears when making all to capture Wednesday's Listed Al Shira'aa Racing Irish EBF Naas Oaks Trial at Naas. Sent straight to the front by Wayne Lordan, the 12-1 shot who had been second at Limerick five days earlier showed resilience to hold Alizarine (GB) (Sea the Moon {Ger}) by half a length, with the strong-finishing Seisai (Ire) (Gleneagles {Ire}) a nose away in third. “She's been coming forward all year, improving from run to run–her last run in Limerick was a good step forward and she made the step up again today,” Lordan commented. “She got the mile and a quarter well and tries hard.”

Kept busy since making her debut in early April, Galleria Borghese was off the mark at the third attempt over a mile here May 15 before finishing second under a big weight in a seven-furlong Listowel handicap June 5. Beaten 1 1/4 lengths by Moyglare's smart Trevaunance (Ire) (Muhaarar {GB}) attempting to give that rival three pounds in Limerick's Ballyduane Stud Fillies Race 12 days later, she showed with this display how much the yard's fillies can thrive on a taxing campaign.

Galleria Borghese is the first foal out of an unraced full-sister to the G1 Racing Post Trophy hero Kingsbarns (Ire) and a half to the GIII Senorita S. scorer Sweeter Still (Ire) (Rock of Gibraltar {Ire}), who in turn produced the G1 2000 Guineas and G1 Futurity Trophy winner Kameko (Kitten's Joy). She is also a half to the G3 Derrinstown Stud 1000 Guineas Trial winner Belle Artiste (Ire) (Namid {GB}) and a full-sibling of Elizabethofaragon (Ire) who was third in the Listed Trigo S. Her second foal is yearling colt by Ten Sovereigns (Ire), while she also has a filly foal by Wootton Bassett (GB).