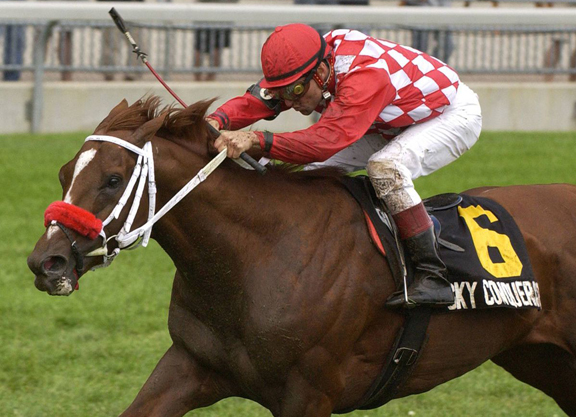 Canadian jockey Todd Kabel, a seven-time Sovereign Award winner, has died at the age of 55, according to a press release from Woodbine Racecourse. The native of Manitoba won 3,306 races from 1984 to 2013, racking up nearly US$106 million in career earnings. He was 1986's outstanding apprentice, and was named Canada's outstanding jockey in 1992, 1995, 2003, 2004 and 2006. Kabel, who reportedly battled with personal demons away from the track, piloted two Queen's Plate winners (Regal Discovery, 1995 and Scatter the Gold, 2000) and one winner of the Prince of Wales S. (Scatter the Gold, 2000). Funeral arrangements are pending.