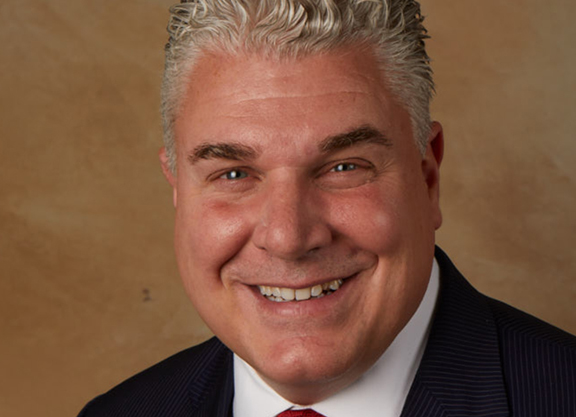 The road to filling the financial potholes in California's self-insured workers' compensation program has been a rocky one indeed.

But is a proposed workers safety program–part of a package of possible fixes to the workers' comp problems the California industry faces, and one that experts say would be unique within the industry–something that other jurisdictions might learn from, especially as the issue remains at the top of many trainers' hit-list of occupational headaches?

In other words, his is the company that provides excess coverage should a single claim exceed $1 million. Unick is also the person responsible for developing California horseracing's self-insured model back when workers' comp threatened to sink the industry 20 years ago.

First, however, a bit of background.

In April, trainers were warned they could be charged $1,233 per horse retroactively for the first quarter of 2020 to help meet Post Time's massive funding deficit, though that plan was eventually scrapped.

At the end of May, the Thoroughbred Owners of California (TOC) announced that the California Thoroughbred Business League (CTBL) board–the non-profit tasked with collecting and disbursing workers' comp revenue–had unanimously approved action to take a $2-million subsidy from its reserves to plug Post Time's deficit.

The approval also came with other caveats, namely a new director of safety and an assistant, each charged with reviewing trainer safety practices, and the creation of a new “Uniform Industry Safety Program,” to standardize safety protocols, along with a regulatory system to deal with non-compliance.

Post Time relies on three funding mechanisms: a stall-per-day fee, per-start fees, and a slice of wagering revenue, which works out to 0.5% of money placed on exotic wagers.

The program has been hit hard in recent years due to a number of high-cost claims, as well as reduced betting revenues as a result of the coronavirus and Santa Anita's welfare crisis that erupted at the beginning of 2019. As such, the stall-per-day fee was recently increased from $3.70 to $4.60.

Payment of the $2-million shortfall has fallen to the trainers who have the option of stumping up in cash their percentage share of the overall premiums paid in 2018, or else signing a promissory note with special forgiveness provisions. If an individual trainer's share of the total 2018 premiums is 1%, therefore, the amount they own will be $20,000.

Trainers had no later than June 30 to cough up or to sign the note, but some trainers voiced concerns over certain language in the promissory note, leading to the deadline being pushed back 30 days in an attempt to rectify these differences.

The forgiveness provision is couched upon the trainers' safety records over a four-year period-laid out in a letter by Post Time to the trainers dated June 8 whereby essentially for every quarter a trainer remains “injury free,” 10% of their assessment will be forgiven. The concept as currently defined of “injury free” is one of the sticking points for some trainers.

And so, given the financial issues facing Post Time, what missteps did they make?

“Post Time, unfortunately, suffered multiple catastrophic claims that led to a $2 million deficit,” Unick replied. “I guess the only mistake they made is, they were snake bit by the catastrophic injuries, the temporary hiatus of racing and, along with the world, they were hit by the economic consequences of COVID.”

Nevertheless, at the end of the day, “they have to set a rate to pay for claims,” Unick said, describing as a “double whammy” the twin impacts from shrinking revenues and the three catastrophic claims that occurred soon after Post Time was first created, costing the program $3 million alone. “Even if claims are flat, if subsidies are down your rates are going to go up.”

Added to the mix is a “finite market” for worker's comp. “Think about it: who wants to insure against catastrophic risk?” he said.

“It's a feast-or-famine line of coverage, and there's very little appetite for coverage over catastrophic risk like this. You have to have a committed carrier that has thick skin that wants to be in the game for years.”

Ultimately, said Unick, an effective approach to risk management in a self-insured program like Post Time is fairly simple: “There has to be a culture whereby membership is a privilege not a right, and that's the number one message that needs to be delivered to the trainers.”

As such, a concept like a safety director makes sense.

“In order for this position to be viable, they have to have a game plan in a very short period of time, probably three months, to introduce the new rules that are going to be in play that trainers have to follow.”

Of course, the inevitable risks when human and horse come into contact are applicable nationwide. And so, could and should other jurisdictions look to California's proposed safety program as a possible blueprint for adoption?

“Potentially,” said Unick. But every state approaches workers' comp differently. Some states like Ohio and Washington are “monopolistic” states, meaning they don't accept coverage purchased elsewhere. New York has a two-pronged system unto itself. In Texas, employers simply aren't mandated to provide coverage.

If a state or track hires their own version of a safety director, the insurance company or companies “should be saying thank you,” Unick said, before tempering his enthusiasm with a potent dose of realism.

“Let's cut to the chase: who's going to fund that person on top of premiums?  It's likely dead on arrival. I am an optimist by nature, but many years of experience insuring nearly every racetrack in the country gives me realist perspective that it's unlikely to happen.”

In most other states, therefore, finding workers' comp coverage is an individual task. And despite the close-quarters of any backstretch community, there's little motive for trainers or other stakeholders to invest in a broadly applicable safety program, especially when the costs of instituting such a system is factored in, he said.

“That [safety director] with salary and benefits and what have you, if they're going to be really impactful, it's going to be a $100,000 position at least. Who's going to fund it? Racetracks aren't likely to and for horsemen's associations, $100,000 is a lot of money,” said Unick.

“Trainers have to understand: they can complain all they want about workers' comp' rates, but if they don't adhere to the rules and want to regulate themselves, it's not going to go anywhere. The reality is the honest trainer pays for the dishonest trainer.”

At the end of the day, workers' comp is a “death and taxes” issue, Unick added.

“If you are an executive director of a horseman's association, and you care about the backstretch workers, you would want to take on the issue, but what you find is the trainers who are underreporting on payroll are going to be your biggest enemy. And usually, the trainer who is underreporting on payroll is the most vocal critic of how expensive his or her workers' comp is,” Unick said.

“But we, the industry, have to do the right thing and pay for the employees if they get injured. You have to start from there, and at the very least understand that the backstretch workers need to be covered.”