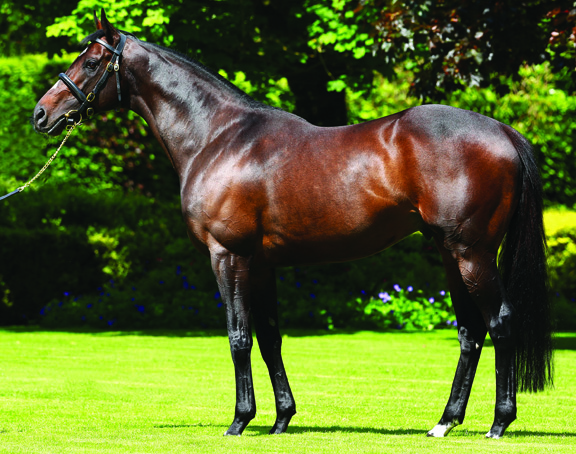 Gestut Park Wiedingen's homebred 3-year-old colt Sammarco (Ire) (Camelot {GB}–Saloon Sold {Ger}, by Soldier Hollow {GB}) outpointed subsequent sales-race winner Alaska Tiger (Ire) (Maxios {GB}) by a neck when annexing his Oct. 30 debut over 7 1/2 furlongs at Halle in his lone juvenile start and came back this term to finish second behind subsequent G2 Prix Hocquart third Lavello (Ire) (Zarak {Fr}) in Munich's May 1 G3 Bavarian Classic last time. The April-foaled bay enjoyed considerable support as the 14-5 second favourite for Monday's G2 Sparkasse KolnBonn – 187th Union-Rennen, Germany's premier trial for next month's G1 Deutsches Derby, and delivered on earlier promise to earn a tilt at that Classic with a narrow victory in the Weidenpescher venue's feature. The eventual winner was reined back after a sharp getaway and tracked a solid tempo in third as Bavarian Classic third and fourth Maraseem (Ire) (Nathaniel {Ire}) and So Moonstruck (Ger) (Sea The Moon {Ger}) raced up ahead along the backstraight. Bustled along as 17-10 pick So Moonstruck was sent to the front approaching the final quarter mile, he made continued headway to join that rival entering the final furlong and stayed on in game fashion to prevail by a head in a head-bobbing finish, with the duo six lengths clear of the remainder.

“Sammarco may only be small in stature, but he is all heart,” insisted winning rider Bauyrzhan Murzabayev. “The pace was good for him, which allowed him to gallop freely, so I had a good feeling all the way around.” Winning trainer Peter Schiergen added, “We were hoping he might be placed in the first three, but he won and that's even better. There's a good four-plus weeks to the [G1 Deutsches] Derby, so we have enough time to get him ready for the big day.”