Came Home Passes Away In Japan 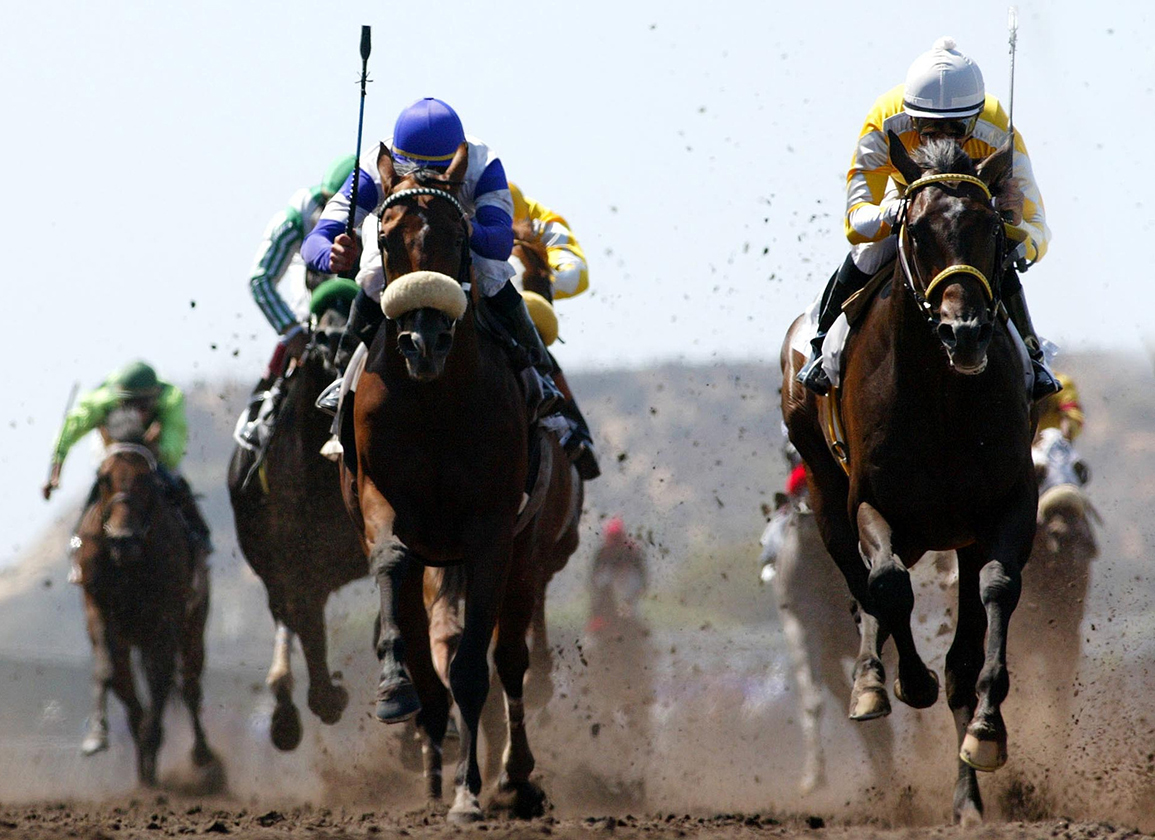 Came Home (Gone West–Nice Assay, by Mr. Prospector), a Grade I-winning juvenile who effectively carried his speed a classic distance, has passed away after a bout with colic in Japan, according to published reports. He was 22 years old.

Bred by the late John Toffan and Trudy McCaffery, the half-brother to GSW A. P. Assay (A.P. Indy) was bought back on a bid of $650,000 as a weanling at Keeneland November in 1999 and failed to meet his reserve when offered as a yearling at Keeneland September and as a juvenile at Barretts in March–thus his name–before being turned over to trainer Paco Gonzalez. Winner of the GI Hopeful S. ahead of a seventh to Johannesburg (Hennessy) in the 2001 GI Breeders' Cup Juvenile, Came Home successfully stretched out to two turns as a sophomore, winning the one-mile GII San Rafael S. and GI Santa Anita Derby over nine furlongs before finishing sixth behind War Emblem (Our Emblem) in the 2002 GI Kentucky Derby.

He atoned for that defeat with a pair of graded wins in age-restricted company in the GIII Affirmed H. and GII Swaps S., then belied odds of 10-1 to defeat a field including the Derby winner, future GI Breeders' Cup Classic and G1 Dubai World Cup hero Pleasantly Perfect (Pleasant Colony) and two-time GI Santa Anita H. victor Milwaukee Brew (Wild Again) in the mile-and-a-quarter GI Pacific Classic (see below). He was originally retired to Lane's End Farm in Kentucky with nine wins–eight in stakes company–from 12 runs and earnings of $1,835,940.

He was responsible for 11 American stakes winners, including GIII La Habra S. heroine Passion–his lone U.S. graded winner–but was relocated to Japan's Shizunai Stallion Station in 2008. He continued to sire winners at a good clip and has accounted for an additional five black-type winners, most notably Inti (Jpn), who became his sire's lone top-level scorer to days in the 2019 February S. at Toyko and who was recently third in the $1.09-million Listed Kashiwa Kinen at Funabashi in May. His other Japanese group winners include Tagano Tonnere (Jpn) and Sound Rihanna (Jpn).

The sire of 491 winners in 21 worldwide racing jurisdictions, Came Home is represented by 17 juveniles of 2021, six of which have started.