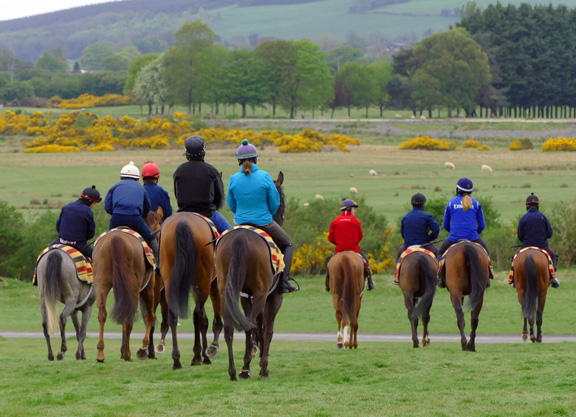 Irish government officials appearing before the Joint Committee on Agriculture, Food, and the Marine have denied knowledge of former racehorses being transported for slaughter from Ireland to the UK.

A BBC Panorama programme entitled The Dark Side of Horseracing, which aired on Monday evening, contained footage from cameras installed covertly by pressure group Animal Aid at Drury & Sons abattoir in Swindon. The images showed horses being killed in distressing fashion, including a number of former racehorses.

Three of the horses were formerly trained in Ireland by Gordon Elliott, who is currently serving a six-month ban following the publication of a photograph showing him sitting on a dead horse on his gallops at Cullentra, Co Meath. Approached for comment by the documentary makers, Elliott attested that two of the horses had been passed on to a dealer and another rehomed separately after being retired from his yard. Another horse in the film was identified as having been trained by Gavin Cromwell.

“For me, probably, the most striking issue was around the whole area of horse slaughter,” said Michael Sheahan, deputy chief veterinary officer of Ireland's department of agriculture. “The footage from the abattoir in Swindon was probably the thing that struck home most with me.”

Along with the disturbing images of horses being shot from a distance, which contravenes veterinary regulations, it was also apparent that some of the unidentified horses that were filmed had suffered injuries prior to arrival at the abattoir. It is illegal to transport animals in such a condition.

Fianna Fail politician Joe Flaherty pointed to the lack of proper traceability of horses in Ireland being an issue that needed to be urgently addressed.

John Osborne, director of equine welfare and bloodstock for Horse Racing Ireland (HRI) and a member of the recently formed Irish Thoroughbred Welfare Council,  told the Irish Times that HRI is looking at introducing a 'horse purse' linked to the new epassports for Thoroughbreds, which would guarantee a sum of money per horse.

He said, “Every passport has a sum of money attached to it. An approved charity partner can unlock this horse purse of, say €700, so that no horse dies in poverty and can't properly be dealt with at its end of life.”

He also noted that the demand for ex-racehorses to go on to other disciplines is not as strong in Ireland as in some of its fellow European nations.

“If you talk to people in the charity sector, all of them find it easier to place Irish horses on the continent than locally because we don't have as many people who want to take on a thoroughbred for leisure purposes,” he said.

This story was posted in Europe, Shared News Europe and tagged HRI, Panorama.