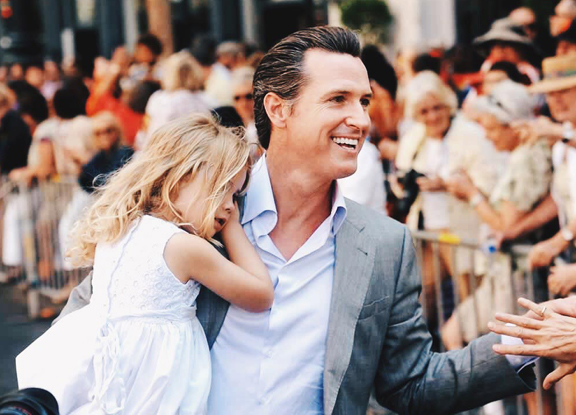 The California Governor, Gavin Newsom, has weighed into the ongoing saga embattling the racing industry in the state by throwing his support behind a bill designed to give the California Horse Racing Board (CHRB) unilateral authority to immediately suspend racetrack operating licenses—authority the board currently doesn’t have. The bill is making its way through the state legislature.

“The recent horse fatalities in California are unacceptable,” said Governor Newsom, in Thursday’s announcement. “We must hold the horse racing industry to account. If we can regulate horse race meets, we should have the authority to suspend licenses when animal or human welfare is at risk.”

Newsom’s remarks follow on the heels of renewed calls for racing at Santa Anita to be suspended, as a result of three recent equine fatalities within the space of nine days. Before those fatalities, Santa Anita went nearly seven weeks without a single catastrophic injury during training and racing–a period in which at least 50,000 horses exercised. On top of that, 698 horse raced on the main track and 651 raced on the turf, according to The Stronach Group (TSG) figures.

On Monday, California senator Diane Feinstein called for a moratorium on horse racing at Santa Anita, as well as the need for a “thorough investigation of practices and conditions.” On Wednesday, the LA Times editorial board mirrored Feinstein’s remarks, calling for Santa Anita to “end its season and stop racing” until it can produce an explanation for the 26 equine deaths at the track since racing resumed there last December.

In a written statement, California Thoroughbred Trainers (CTT) executive director, Alan Balch, didn’t address Newsom’s announcement, but emphasized that “we have a zero tolerance for any accident that we determine, in the aftermath, could have been mitigated or prevented.”

As such, suspending racing at Santa Anita at this point could set a “perceived precedent” that racing has to stop “in the aftermath of any accident of any nature,” he warned.

“We need to investigate and learn from any accident that occurs, because there are some, and some aspects of them, that are simply beyond our control,” he said. “Racing should not be an exception to the fundamental facts of life,” Balch added.

In response to Feinstein’s Monday remarks, California Horse Racing Board (CHRB) chairman Chuck Winner previously told the TDN that he and the board’s executive director, Rick Baedeker, are in communication with California senator Dianne Feinstein’s office as they try to organize a call with the senator “at her convenience” as part of an ongoing dialogue with the influential lawmaker.

TSG wrote in an email that “our new practices must be followed by all stakeholders with a zero tolerance approach, and anyone who doesn’t comply will no longer be able to race at any Stronach Group track. Suspending racing at the track now will not advance these efforts, as we will continually strive to improve horse safety at our track now and for years to come.”

In addition to voicing his support for SB 469, governor Newsom also singled out a number of measures that have been proposed, or already taken, to improve racehorse welfare and safety in recent months.

This includes the suspended authorization of certain corticosteroids and anti-inflammatories, and increased staffing at Santa Anita of official veterinarians, safety stewards and investigators. Among the proposed changes is a new rule eliminating use of the riding crop in racing, except in cases of emergency, and prohibited use of bisphosphonates, a controversial drug that prevents loss of bone density.