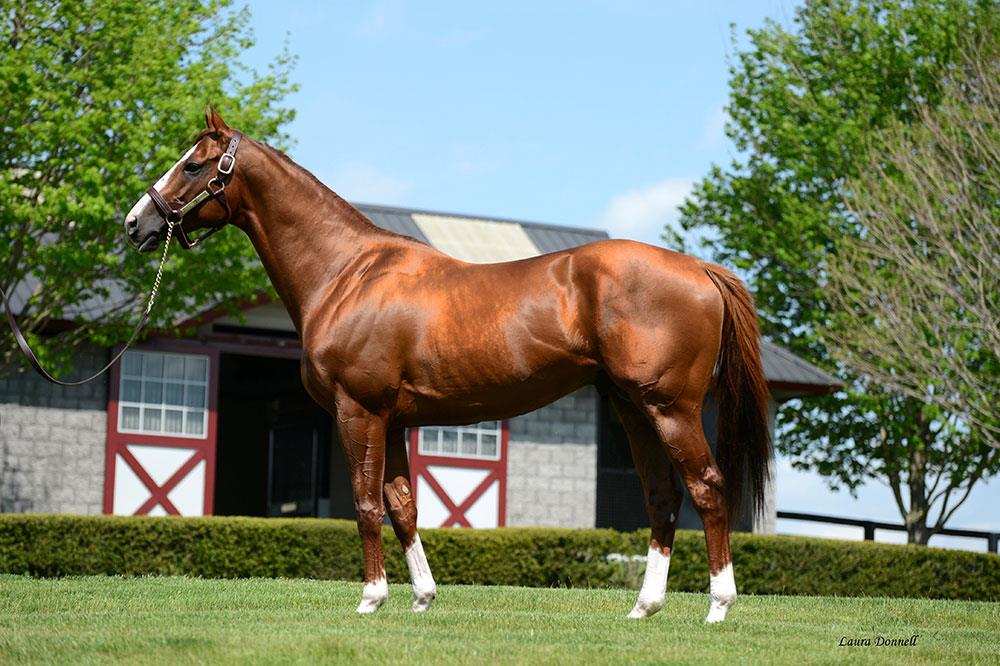 A colt by dual Horse of the Year California Chrome led the 11th day of selling with an $85,000 final bid from Novogratz Racing Stable Inc. at the Keeneland September sale in Lexington Friday. Offered as Hip 3670, the May foal is out of stakes-placed Dirty Rush (Wild Rush), a half-sister to multiple-stakes winners Britt’s Jules (Jules) and Probation Ready (More Than Ready), in addition to Social Probation (Jules), runner-up in the GI King’s Bishop S. Consigned by Taylor Made Sales Agency, Agent LXXXIII, the bay is a member of the first crops of yearlings by GI Kentucky Derby and GI Preakness S. hero California Chrome. Bred by a partnership of Taylor Brothers Properties LLC, Pollock Farms and Louis Brooks Ranch, the colt is a half-brother to Rush Now (Tiznow), a multiple-stakes winner and graded-placed earner of $611,292. Heading the fairer set Friday was a pair of $80,000 fillies by Freshman sires–Hip 3601, a daughter of Summer Front secured by Ken McPeek from the Airdrie Stud consignment; and Hip 3620, a filly by Palace Malice. The latter, who was consigned by Cara Bloodstock, was purchased by Patrick Hoppel. Also among the toppers Friday, a colt by Include, Hip 3577, realized $80,000 from Taproot Bloodstock. Consigned by Threave Main Stud, the chestnut is from the family of Canadian champion Marchfield.

Novogratz, the day’s leading buyer with four purchases including the topper, also acquired a trio of fillies Friday, including Hip 3520 (by Artie Schiller) for $40,000; and Hip 3420, a daughter of Competitive Edge purchased for $30,000. Taylor Made Sales led all consignors Friday, selling a total of 23 yearlings for an aggregate of $464,200.