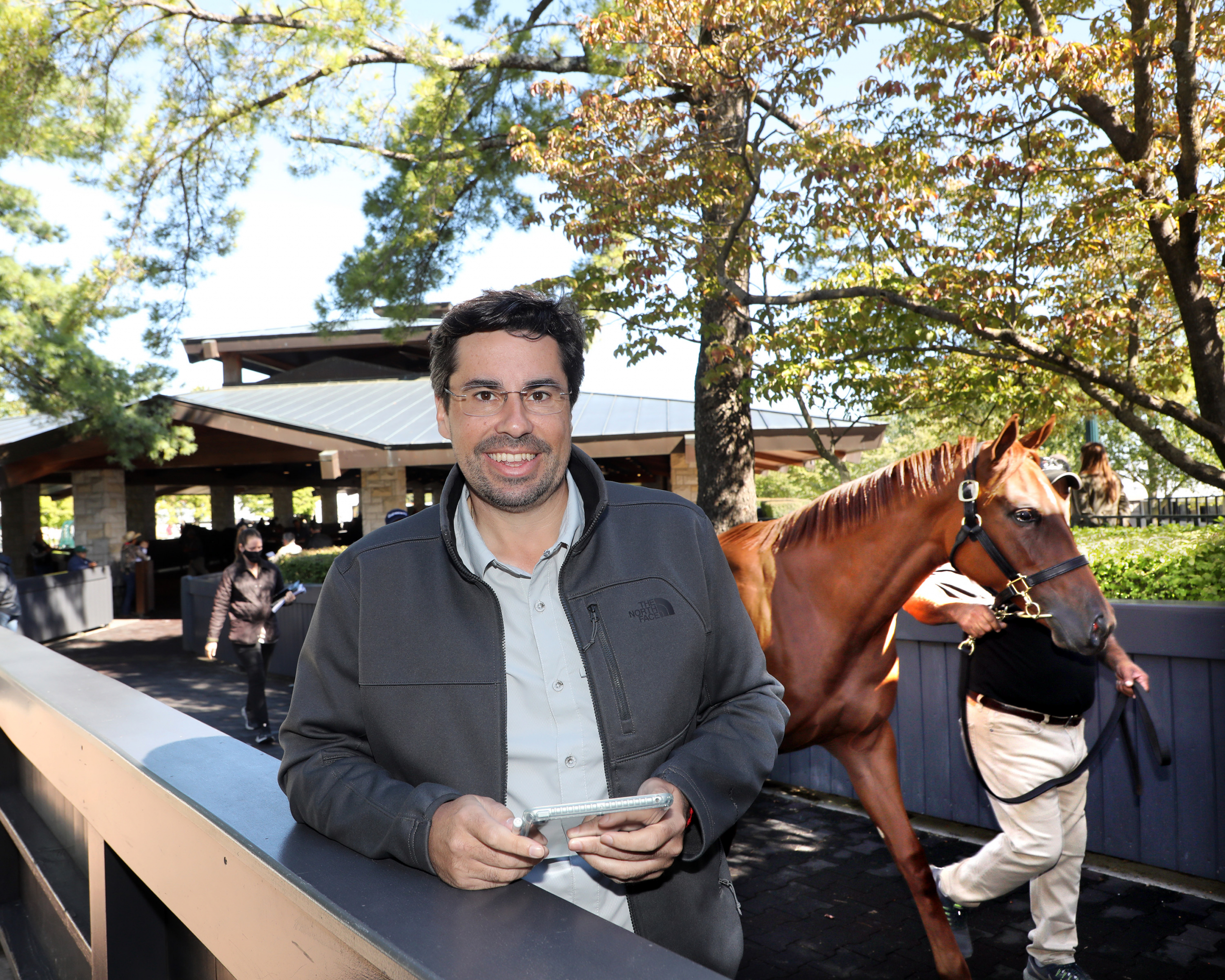 The China Horse Club has accomplished quite a bit in its 10 years of existence. They campaigned a Triple Crown winner, a champion filly and a slew of other Grade I winners. Additionally, they've bred several black-type winners, including top-level scorers Kimari (Munnings) and Valiance (Tapit), and sold multiple seven-figure yearlings. And that is just in the United States. Teo Ah Khing's organization is equally accomplished in Australia and Europe and continuously growing.

Due to this rapid growth and plethora of achievements, the organization has been restructured to better suit the needs of its board, members and partners. Instead of a singular COO, a position previously filled by the U.S.-based Michael Wallace, the China Horse Club now has key representatives in each of its three major regions. The heads of Australasia, Michael Smith, and Europe, Matt Holdsworth, were promoted from within the company, but their U.S. representative is a new hire, Fabricio Buffolo.

“Over the last two years, the world has been heavily impacted by the pandemic and we, quite fluidly, moved our management team around the world,” said Eden Harrington, China Horse Club's Vice President. “One thing we realized in this post-Covid world we are in, is that we do see a heightened importance in having dedicated people in each region to assist our members and partners there, as well as, address and adapt to regional opportunities and issues. We have shifted our structure slightly so we have that focus.”

He continued, “The other component is with the addition of Mr. Fabricio Buffolo, we actually expanded our focus from just the U.S. to all of the Americas because of his background and connections in the Caribbean, Latin America, Central and South America.”

Buffolo started his career in the U.S. with Godolphin. He then served as General Manager of Besilu Stables and most recently held the position of Executive Director of Don Alberto Corporation.

“We reached out to a number of our key partners and people who we respect for opinions and Fabricio was widely promoted,” Harrington said. “The respect that he has held within the industry is very important. Having someone we can tap into of that caliber is not only important for running our operations, but also for maintaining relationships with our partners and our members. To have someone of Fabricio's excellence in not only understanding different markets, but being able to handle high-level relationships is paramount to what we do. Having someone who understands the rich history of Latin America and has relationships down there is also important.”

Buffolo will be responsible for the management of China Horse Club's equine portfolio, including selecting new stock, working with trainers on race plans, matings, accessing which stock should be sold at which sales and managing the growing broodmare band. He will also be tasked with maintaining and growing relationships with the organization's members, partners and vendors.

“The racing and breeding arms have grown and it does require somebody there who is exceedingly talented and vigilant and we certainly believe we have somebody who meets our requirements to that end,” Harrington said. “We also need someone who will access new opportunities. We always want to be on the look out and ahead of the curve.”

Buffolo will represent the China Horse Club for the first time at this weekend's GI Pegasus World Cup Invitational, where their GI Breeders' Cup Dirt mile winner Life is Good (Into Mischief) is set to face off with likely Horse of the Year Knicks Go (Paynter).

“Life is Good will run in the China Horse Club silks this weekend which is fantastic,” said Harrington, who will join Buffolo at Gulfstream, while Teo remains in Australia for the upcoming sale. “We hope he performs at his absolute best and if that allows him to win that is above and beyond. The current plan is he will proceed to the [G1] Dubai World Cup if he comes out in good order. One of our companies Teo Ah Khing Design Consultants designed and built the Meydan grandstand. So to have a lead runner compete in the Dubai World Cup at a facility our group was so instrumental in designing and building would have great meaning.”

Harrington also provided an update on one of the China Horse Club's other key runners Americanrevolution (Constitution). The flashy chestnut concluded a stellar 2021 with a victory in the GI Cigar Mile and is currently getting some R&R before gearing up for his 2022 campaign.

“Americanrevolution went from winning a maiden to being a Grade I winner at the end of the year, so that was exceptional,” Harrington said. “Looking ahead, we would love to have two runners on Breeders' Cup day in 2022 with Life is Good and Americanrevolution. A lot has to go right between now and then, but we believe they are two horses worthy of those aspirations.”