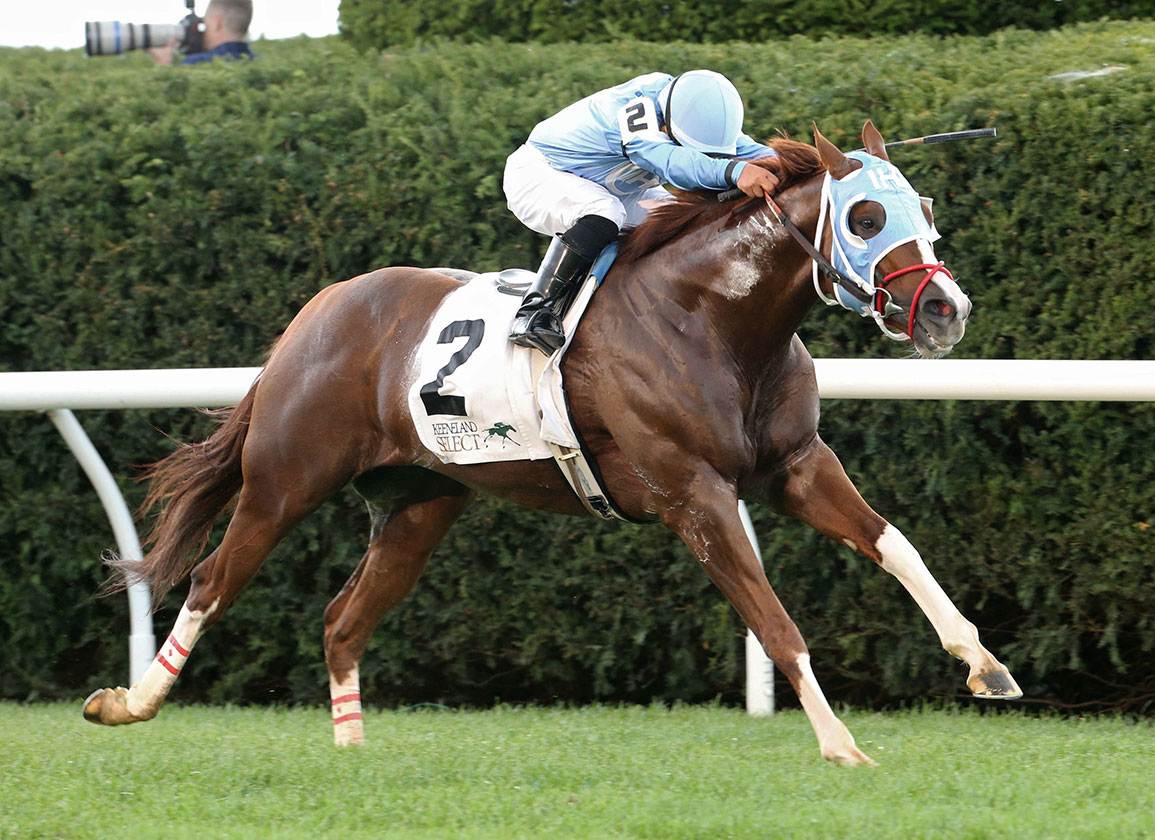 “Jose is obviously the top rider in this country and it'll be very interesting to see how he matches up with some of the European jockeys,” Malter said. “It seems like he's able to adapt at every level of competition. Bucchero is a pretty easy horse to ride in the sense that he kind of knows what he needs to do, and I think Jose is the kind of rider that's going to get a feel for it and push the button at the right time. We're pretty excited to give him a chance.”

A winner of 10 of his 27 career trips to the post, Indiana-bred Bucchero is a five-time stakes winner on dirt, but has developed into a reliable turf sprinter over the last six months. Upset winner of the GII Woodford S. at Keeneland last October, the 6-year-old struck interference in the stretch before finishing fourth, beaten just a length, in the GI Breeders' Cup Turf Sprint (video) early the following month. He has run admirably in three starts this season, finishing runner-up to potential King's Stand entrant Bound For Nowhere (The Factor) in the GII Shakertown S. over soft ground and third after being broadsided by a rival in the GIII TwinSpires Turf Sprint at Churchill May 4.

While mindful of the enormity of the task at hand, Malter and his ownership group is certainly embracing the opportunity.

“He was 26-1 when he won the Woodford and he was [29-1] in the Breeders' Cup and I think if we'd had a little bit better trip we would have been right there,” said Malter of Bucchero, who trades at around 33-1 with English bookmakers ante-post. “I think we've been underdogs everywhere we've been, so we're looking forward to running better than our odds. He's done it the old-fashioned way, proving himself at every level. We're hoping we haven't hit the ceiling.”

He added, “This is clearly going to be very stiff competition and he's going to try to do something he's never done before. But we've never really put him in a spot where he hasn't responded. We're definitely going there because we think we have a chance to win, but we know there's a lot to do to win it. Whatever level we have put Bucchero at, if he's been able to map out a trip, he's been awfully competitive at any level he's run.”

Malter reports that Bucchero has emerged unscathed from his rough run in the TwinSpires, even if he had a chip on his shoulder in the few days after.

“[Trainer] Tim [Glyshaw] told me he's doing really well,” Malter said. “The day after the race, he was very, very pissed off. I really think he knew (a) that he lost and (b) he knew why he lost.”