Broome's Brother A New Rising Star At The Curragh 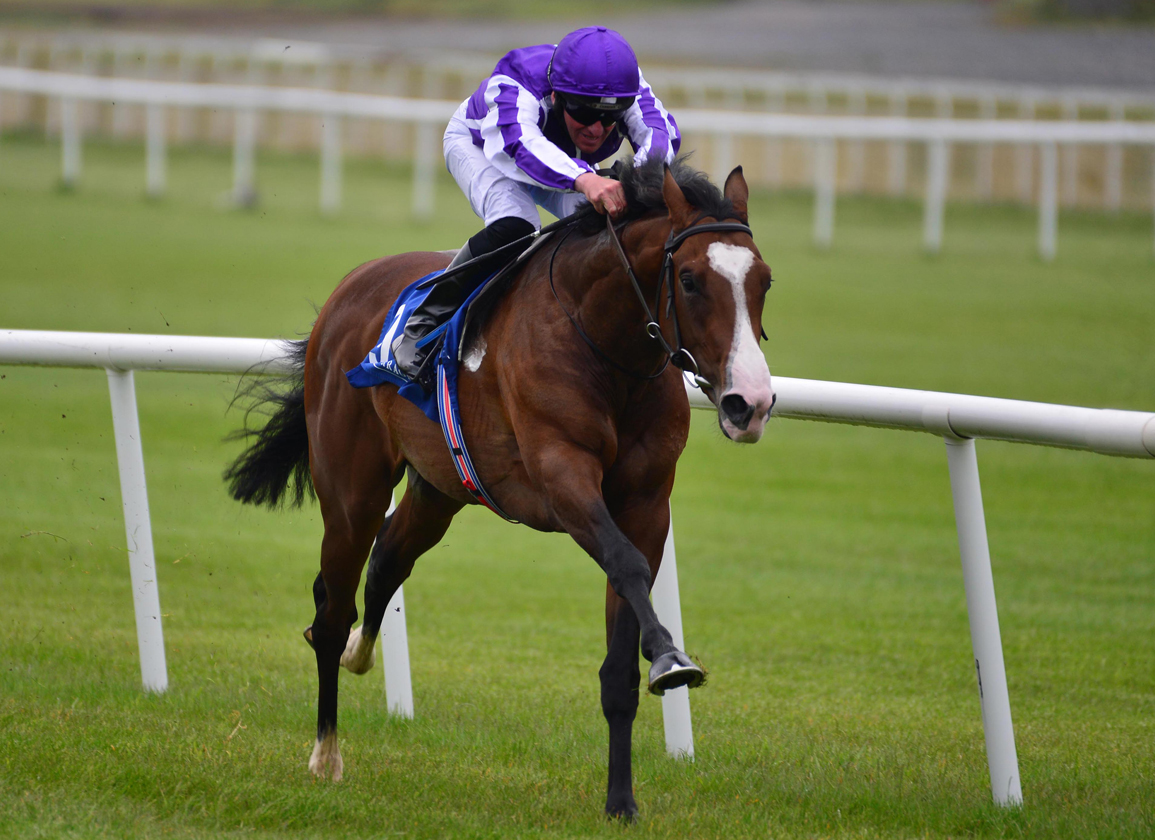 As Derby week heads towards the blue riband itself, Aidan O'Brien launched one who could conceivably be a headline act for the 2022 version in Point Lonsdale (Ire) (Australia {GB}) who proved enormously impressive at The Curragh. Sent off the 7-4 favourite for the card's opening Irish Stallion Farms EBF Maiden for colts and geldings over seven furlongs, the full-brother to the stable's multiple group winner Broome (Ire) who cost 575,000gns at the Tattersalls October Yearling Sale Book 1 was quick to dispute the lead with the experienced Barud (GB) (Kodiac {GB}). By the time they passed the two-furlong pole, it was clear that the March-foaled bay had that rival's measure and once given a smack with Seamie Heffernan's whip finished off powerfully to register a 5 1/2-length success in the maiden won by the future group 1 performer Lope Y Fernandez (Ire) (Lope de Vega {Ire}) two years ago. The Donnacha O'Brien-trained Unconquerable (Ire) (Churchill {Ire}), who had the benefit of a run under his belt, was second half a length in front of the Fozzy-Stack-trained newcomer Mannix (Ire) (Australia {GB}).

Point Lonsdale's win continues the impressive strike-rate of Ballydoyle's juvenile class of 2021 so far, being the 10th individual winner from 15 starters at the time of his race and the third TDN Rising Star for the yard's 2-year-olds after the Caravaggio pair of fillies Tenebrism and Contarelli Chapel (Ire). He also becomes Australia's first TDN Rising Star and he looks an altogether faster type than his talented full-sibling and one of the sharper sorts by his sire so far. Aidan O'Brien has made a habit of taking one of his elite 2000 Guineas hopefuls to the Listed Chesham S. at Royal Ascot in recent years, with Unconquerable's sire Churchill successful in it in 2016 and Battleground (War Front) following up last term. This race's winner Lope Y Fernandez also went to the Chesham, but was undone by Pinatubo (Ire) (Shamardal) and it is that race that the master of Ballydoyle has in mind for Point Lonsdale.

“He was working very smart and we wanted to get him out, as we felt he was a horse for the Chesham,” he said. “That's what we think of him–we've always loved him. He relaxes and quickens and is a good-natured horse who is very intelligent and very straightforward. Seamie knew he'd get the trip well and if it fell easily to him he was happy to go forward. He got down and stretched the last furlong, so it will have been good for him–he really lowered his head the further he went and flattened out through the line lovely. He shows everything at home–all the right stuff.”

Broome had the precocity to be runner-up in both the G2 Champions Juvenile S. and G1 Prix Jean-Luc Lagardere, but it was not until he stepped up to a mile and a quarter that he truly shone when winning the G3 Ballysax S. and G3 Derrinstown Stud Derby Trial. One of this season's early success stories, the 5-year-old who is also versatile regarding ground conditions has added the G2 Mooresbridge S. and G3 Alleged S. to his tally and was narrowly denied in last month's G1 Tattersalls Gold Cup so any upgrade on that kind of form will see his brother scale the heights.

The dam Sweepstake (Ire), who also has a yearling filly by Lope de Vega (Ire) in the wings, is by speed influence Acclamation (GB) and stayed true to that profile herself. Successful in the Listed National S. over five furlongs and third in the G3 Princess Margaret S. over an extra furlong for Richard Hannon, she joined David Carroll and ended up second in the GIII Appalachian S. at a mile. Predominantly, she hails from a middle-distance family although three Hesmonds Stud representatives Bulaxie (GB) (Bustino {GB}), Spotlight (GB) (Dr Fong) and Cassydora (GB) (Darshaan {GB}) managed to win the seven-furlong G3 Fred Darling S. and nine-furlong GII Lake Placid H. and GIII Hillsborough S. respectively. Spotlight was responsible for Acclamation's Projection (GB), who took the G3 Bengough S. over six while the family also includes another notable Hesmonds-bred mare in Tyranny (GB) (Machiavellian).

She produced one of this stable's luminaries in Zoffany (Ire) (Dansili {GB}), who had the pace to win the G1 Phoenix S. as a juvenile and who gave Frankel (GB) such a scare in the following year's G1 St James's Palace S. before becoming such an influential sire. Tyranny also threw Rostropovich (Ire) by Frankel himself, a stronger stayer who went close to winning the G1 Irish Derby, and Wilshire Boulevard (Ire) (Holy Roman Emperor {Ire}) who was fast and captured the G3 Anglesey S. Point Lonsdale looks to have drawn more from the speedier elements of his esteemed dynasty on this evidence, which despite coming at an early stage of the season stamped him as a Guineas horse through-and-through. There is obviously also a more than average chance that he will stay at least a mile and a quarter and he rates as one of Ballydoyle's most exciting 2-year-old prospects in recent years.