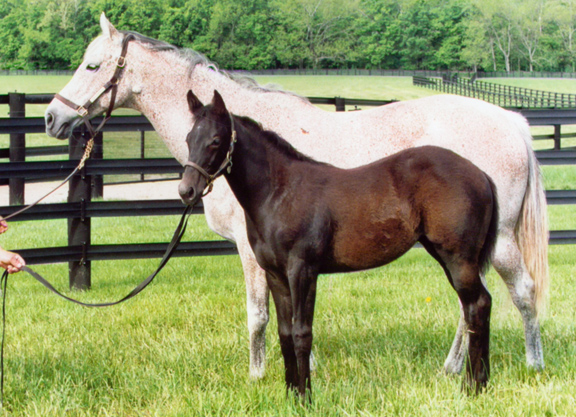 Cara Rafaela (Quiet American–Oil Fable, by Spectacular Bid), the Grade I-winning dam of champion Bernardini (A.P. Indy), has been euthanized due to the infirmities of old age, Godolphin announced Friday. She was 23. Bred in Kentucky by Mike Rutherford, Cara Rafaela was a $70,000 purchase by Goncalo Borges Torrealba at the 1994 Keeneland September Sale. Conditioned by D. Wayne Lukas, the grey was second in the 1995 GI Breeders' Cup Juvenile Fillies before annexing the GI Hollywood Starlet that season. She hit the board in five more Grade I races at three–including a third in the Kentucky Oaks–and retired in 1997 with earnings of $884,452 from an overall record of 24-4-8-2.

Cara Rafaela, who earned 2006 Broodmare of the Year honors for Bernardini's exploits, was pensioned at Gainsborough in 2014.