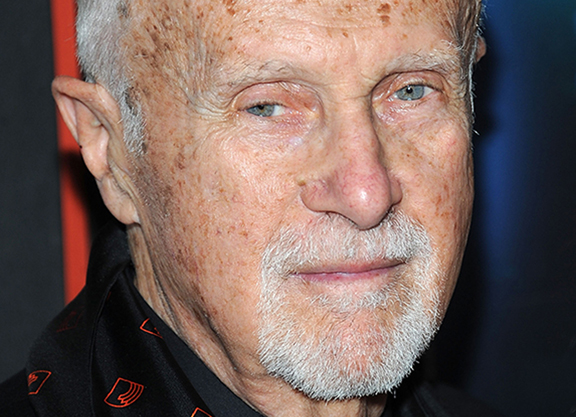 Jerry Frankel, the producer of over 50 Broadway productions and winner of nine Tony Awards, passed away Saturday at the age of 88. The cause of death has not been disclosed.

While Frankel made his fortune on Broadway, he had other passions, most notably Thoroughbred racing. He began racing horses in 1974 and over the last 15 years owned some top horses in partnership with his brother, Ronald. The two enjoyed their finest moment when Dayatthespa (City Zip), also owned by Bradley Thoroughbreds and Steve Laymon, won the 2014 GI Breeders' Cup Filly & Mare Turf.

“He was the sweetest, nicest smartest, classiest and most honorable man you'd ever met,” his brother said. “It's rare that a person is thought of so highly in such a tough business [Broadway]. Jerry stood out. He was in the sport for about 35 years. He got me into the horses. I dabbled in it starting about 15 years ago and we got going in a bigger way in about 2006. He had a real passion for the sport. It seemed like any track he went to, everyone knew him. He lived to be 88 and had a wonderful life.”

Ronald Frankel said he would keep the stable going on his own.

Jerry Frankel got one of his first tastes of racing at the highest level when he started Esops Foibles (Nashua) in the 1978 GI Kentucky Derby, which was won by Affirmed. Frankel's horse finished fifth. Earlier that year the horse won the GII Arkansas Derby and the GII Louisiana Derby.

“There are ups and downs in both,” Jerry Frankel told the Wall Street Journal in 2015, referring to racing and Broadway. “You can't get away from it.”

“Jerry was just a wonderful guy and it was wonderful to get to know him,” Brown said. “He had a wealth of experience in the horse business that he shared with me. After I got to know him and realized how long he had been in the industry, to deliver the biggest win of his career, that was a great moment to observe the joy and sense of achievement that he and his brother experienced with Dayatthespa.”

The Frankel Bothers were investors in the original GI Pegasus World Cup, putting up $1 million to secure a starting spot. They eventually worked out a deal with Jerry Crawford's Donegal Racing and partnered on Keen Ice (Curlin) as their starter. He finished fourth.

“My dealings with him were limited and involved the inaugural Pegasus,” Crawford said. “But anyone who bought a spot in the first Pegasus and didn't even have a horse for the race and invests in Broadway plays must have a lot of gambler in him. He was awesome. He always made me laugh and he will be missed.”

“To put it simply, Jerry was a class act and all of you who encountered him during his years in our business had to appreciate his forthrightness, great sense of humor, and passion for the theater,” Richards said in a statement. “He will be greatly missed.”