Brittas House To Wrap Up Dispersal At Tatts Online Sale 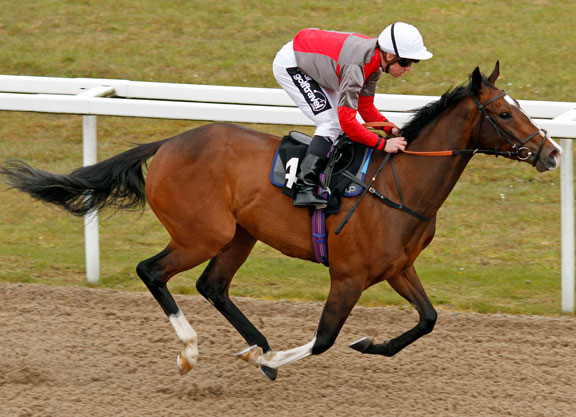 The dispersal of the late Peter Magnier's Brittas House Stud will come to a close with offerings during Tattersalls's Online 23rd March Sale.

The 8-year-old We Are Ninety (Ire) (Thewayyouare) headlines the dispersal offerings, and the Listed Haras De Bouquetot Fillies Trial S. winner is offered alongside her filly foal by Calyx (GB). We Are Ninety is also set to be covered by first-season sire Sottsass (Fr). We Are Ninety boasts a deep pedigree, her second dam being Brigid (Irish River {Fr}), whose descendants include Group 1 winners Listen (Ire) (Sadler's Wells), Sequoyah (Ire) (Sadler's Wells), Henrythenavigator (Kingmambo) and Magician (Ire) (Galileo {Ire}). We Are Ninety's filly foal half-sister by Ten Sovereigns (Ire) will also be offered alongside a foster mare to be returned once the foal is weaned.

The dispersal is completed by the Hugo Palmer-trained 4-year-old filly Combine (Ire) (Zoffany {Ire}), who recently won at Wolverhampton and is rated 95 by Timeform. Combine's first three dams are all stakes horses and her third dam, My Emma (GB) (Marju {Ire}), won the G1 Prix Vermeille and G1 Yorkshire Oaks.

“The Tattersalls Online platform made an auspicious debut when West End Girl sold for a UK and Irish record online price of £420,000 on the eve of Royal Ascot last year, and to be offering the final instalment of the Brittas House Stud Dispersal at our latest online sale demonstrates the confidence that vendors already have in our online product,” said Tattersalls Chairman Edmond Mahony. “We have already sold six figure lots from our online sales to Australia, Hong Kong, South Africa and the U.S. and the 23rd March Sale already features lots which look set to appeal to a global audience.”