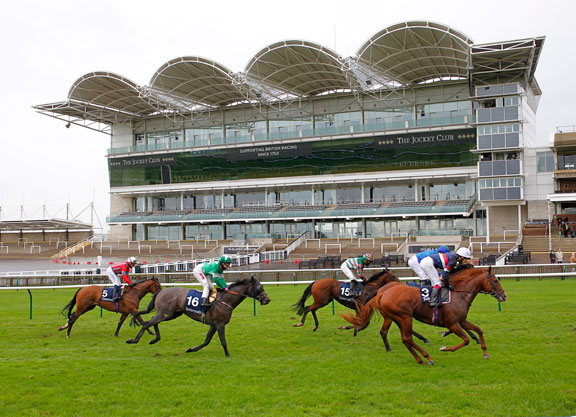 British Racing will receive up to £40-million in government loans as part of a £300-million Sport Winter Survival Package for sports hardest hit by the COVID-19 pandemic.

Eleven sports have been designated for the aid, with racing-which has taken place without spectators since its resumption after the nation's first lockdown in June 1-second only in terms of the amount it will receive to rugby union, which gets £135-million.

The British Horseracing Authority tweeted on Thursday, “The BHA welcomes the announcement by [the Department of Digital, Culture, Media and Sport] that up to £40m of loans will be made available for British racing. This recognises racing's position as the UK's second biggest spectator sport, the many livelihoods it supports and the financial peril faced across our industry. Working with racecourses and horsemen, the BHA put in a detailed submission to Government in October. This included an assessment of the economic impact of the absence of spectators for a further six months until the end of March.”

Sports minister Nigel Huddleston said: “Over the past few weeks we have worked tirelessly with sport governing bodies and clubs across the country to fully assess what support is needed, as a result of the decision to postpone the return of fans. We know the vast majority of sports–many of which operate on tight financial margins–have been making serious cost reductions, such as locking down grounds, taking up the furlough scheme for many staff and halting excess payments. Whilst the Government's overall economic package has provided a significant buffer, it is absolutely right that we now intervene to protect entire sports, and the communities they support, as we navigate this pandemic.”

Culture Secretary Oliver Dowden added, “Sports clubs are the beating hearts of their communities and this £300m boost will help them survive this difficult winter period. We promised to stand by sports when we had to postpone fans returning. We are doing just that by delivering another £300m on top of existing business support schemes.

“Britain is a sports powerhouse and this Government will do everything we can to help our precious sports and clubs make it through COVID.”

The final amounts each sports sector receives may still differ, with final decisions set to be made by an independent decision-making board and supported by Sport England.

Sport England chief executive Tim Hollingsworth said, “These are unprecedented times for our sector and those sports and leagues that rely so heavily on spectators for their income that have been especially impacted by the pandemic. The role they play in their local communities is vital and this package of support from Government will be hugely welcomed.

“Alongside our wider support for grassroots and community sport, Sport England is working very closely with Government colleagues on the design of this fund and we look forward to playing a key role in its successful and swift delivery.”