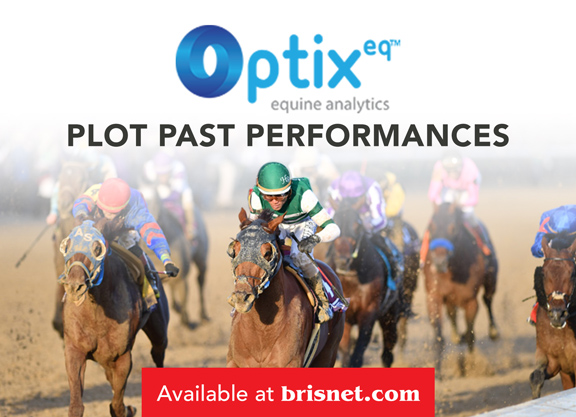 GII Fasig-Tipton Fountain of Youth S. – Looking to start a hot streak here with Country Grammer, who returns for trainer Chad Brown after last being seen 2 1/2 months ago when breaking his maiden in his dirt debut after a useful career bow on turf. Tonalist is a sire I really like as his horses develop as the distances get longer, so I'm likely to latch on to this one with any sort of good performance. But for wagering purposes, he's worth putting on top at what should be a big number with the presences of Dennis' Moment and Chance It. Selection: #7 Country Grammer (15-1).

GII Fasig-Tipton Fountain of Youth S. – Big field assembled here, but won't be trying to beat the comebacking favorite Dennis' Moment. Expecting the talented son of Tiznow to make his Breeders' Cup Juvenile debacle a distant memory. Will attempt to create some value in my personal wagers by pairing him up in an exacta with Candy Tycoon and a cold double with A Thread of Blue. Selection: #5 Dennis' Moment (2-1).

DiDonato – GIII Southwest S. Results – Answer In was a slightly disappointing third, but he still seems like one with room to improve. Bankroll: $1685.

GII Fasig-Tipton Fountain of Youth S. – I find it a little tough to completely trust Dennis' Moment in this spot, and some other logical contenders seem up against it from a pace scenario or post position perspective (or both). So I'll take a stab with Country Grammer, who I'm admittedly not entirely sold on, but whose expected price makes him worth the gamble. His maiden breaker was solid visually, even though the fact that it came over nine furlongs as a bit of a knock against him for this. He beat a pretty good horse that day in Portos, who came back to score before finishing third in the GIII Withers. Country Grammer needs to get way faster, but he should with expected progression and maturity since his last appearance in early November–plus the Tonalists seem to be coming on of late, as you'd expect. Selection: #7 Country Grammer (15-1).